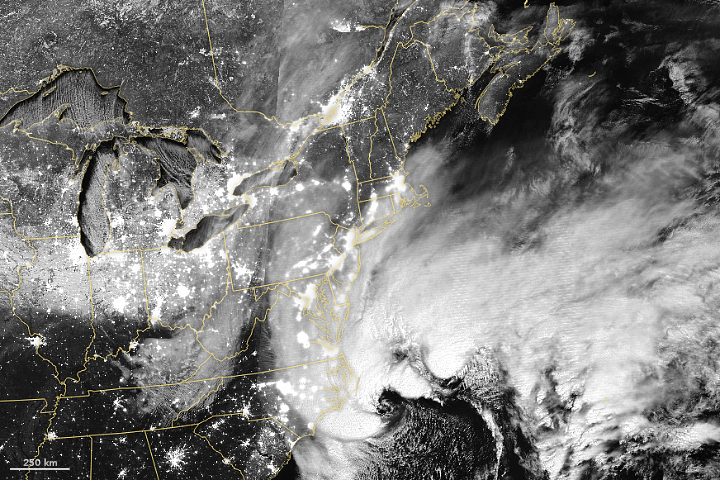 Millions of people along the East Coast of the United States faced snow and ice, gusty winds, power outages, travel delays, school closings, and flooding as a rapidly-intensifying Nor’easter plowed northward during the first week of 2018.

The fast-moving storm hit the Southeast on January 3, delivering snow to Tallahassee, Florida, for the first time in three decades and knocking out power to tens of thousands of people in Georgia and Florida. Strengthening over the ocean, it then pummeled coastal areas of South Carolina, North Carolina, Virginia, Delaware, and New Jersey on January 4, with winds of up to 50 miles (80 kilometers) per hour and several inches of snow.

By the time the storm reached New England, it was dumping a foot or more of snow in white-out conditions in the worst-hit areas. In Boston, hurricane-force winds pushed tides to near-record levels and sent water spilling into the city.

The Visible Infrared Imaging Radiometer Suite (VIIRS) on the Suomi NPP satellite acquired an image (top) of the storm system at 1:30 a.m. Eastern Standard Time (06:30 Universal Time) on January 4, 2018. It was composed through the use of the VIIRS “day-night band,” which detects faint light signals such as city lights, moonlight, airglow, and auroras. In the image, the clouds are lit from above by the nearly full Moon and from below by the lights of the heavily populated East Coast. The city lights are blurred in places by cloud cover. Note the line of snow across South Carolina, behind the storm. 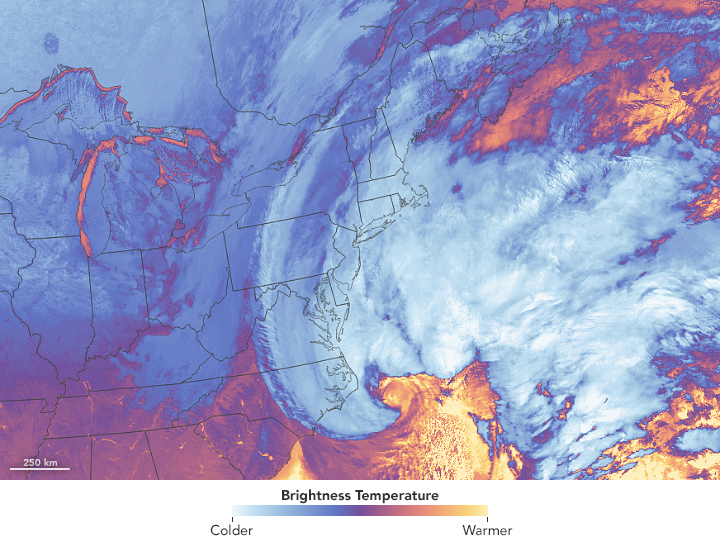 An hour later, the Moderate Resolution Imaging Spectroradiometer (MODIS) on NASA’s Aqua satellite captured the false-color image of the storm above. It was made using data from MODIS Band 31, which measures infrared signals known as brightness temperature. This is useful for distinguishing cooler (white) cloud tops from the warmer (purple and yellow) surface below. Later in the day, the MODIS on the Terra satellite captured the natural-color image below.

The storm’s pressure dropped 59 millibars in 24 hours, which would make it one of the most rapidly intensifying East Coast storms in the past 40 years, according to Weather Channel meteorologists. 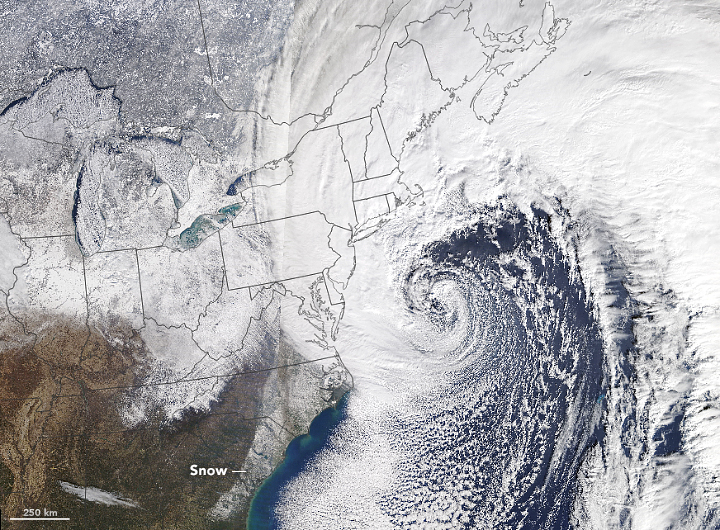 The beginning of 2018 brought a powerful Nor’easter to the United States. 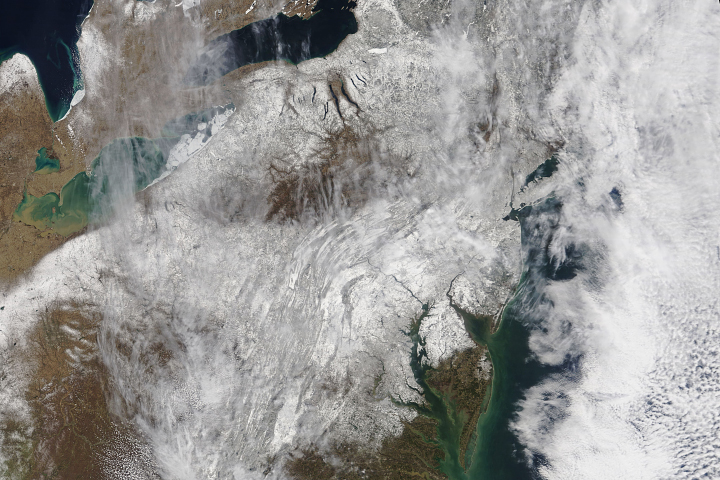 Snow Along the East Coast

Snow blanketed the East Coast in this image from March 3, 2009.