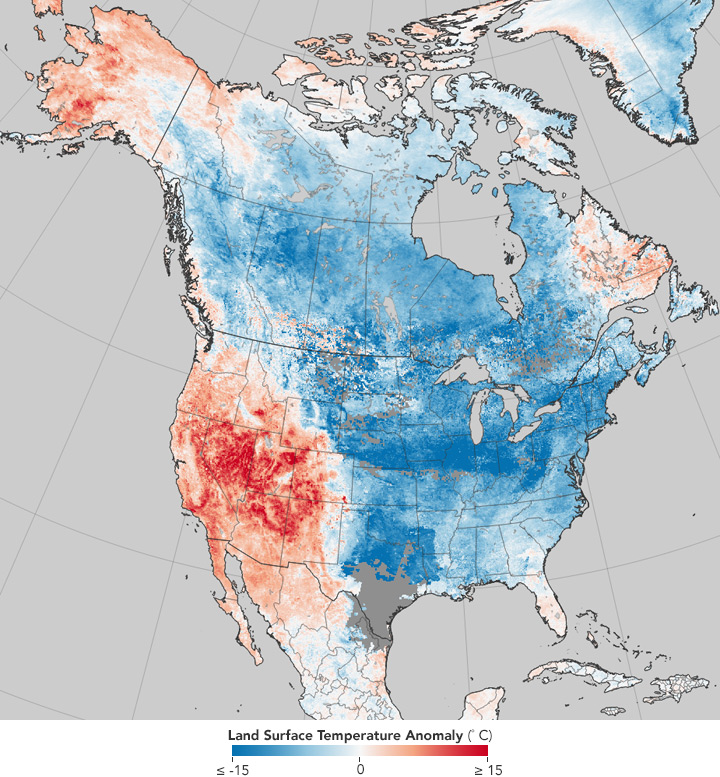 It is frigid in much of Canada and the Midwestern and Eastern United States. Daily low-temperature records have dropped like snowflakes. New Year’s polar plunges have been canceled due to the cold, and many people in the Southeast are in a battle to keep their pipes from freezing.

In the Western U.S., Alaska, Europe, and Asia—not so much. December and January have been abnormally warm for most of the world. People in California have been worrying about wildfires in what should be the wet season, and Alaskans are ice skating in T-shirts.

The map of North America underscores one of the realities of weather—when a cold snap hits one region, warmth often bakes another one. A giant meander (or Rossby wave) in the jet stream is the common thread that connects the warm weather west of the Rockies with the chill east of them. As the crest of a Rossby wave—a ridge—pushed unusually far toward Alaska in December, it dragged warm tropical air with it. In response, the other side of the wave—a trough—slid deep into the eastern United States, bringing pulses of dense, cold Arctic air south with it. The Rocky Mountains have boxed in much of the coldest, densest air, serving as a barrier between the cold and warm air masses. 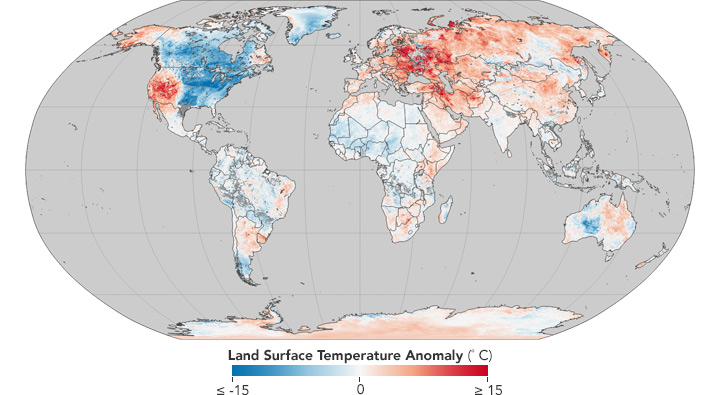 Even as the Eastern U.S. freezes, comparatively balmy conditions are dominating many other parts of the world. Europe, much of Asia, and the Middle East have been abnormally warm. In the southern hemisphere, Antarctica, eastern Australia, southern Africa, and the Horn of Africa have been warmer than usual, while the Amazon in South America, the Sahara in Africa, and western Australia were cool.

Large waves in the atmosphere mean that a cold snap in one area is often accompanied by unusual warmth in another.

Cold Snap in the North and East

Blasts of Arctic air spilled into the Midwest and Northeast in the winter of 2017-18.