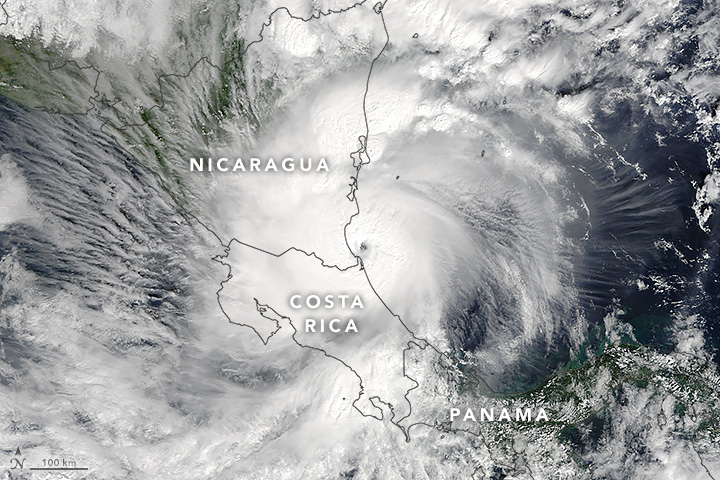 The center of Hurricane Otto, an unusual late-season storm, is poised to strike southern Nicaragua or northern Costa Rica. Forecasters expect the storm will bring heavy rains, flooding, and landslides to these areas after it makes landfall on the morning of November 24, 2016. 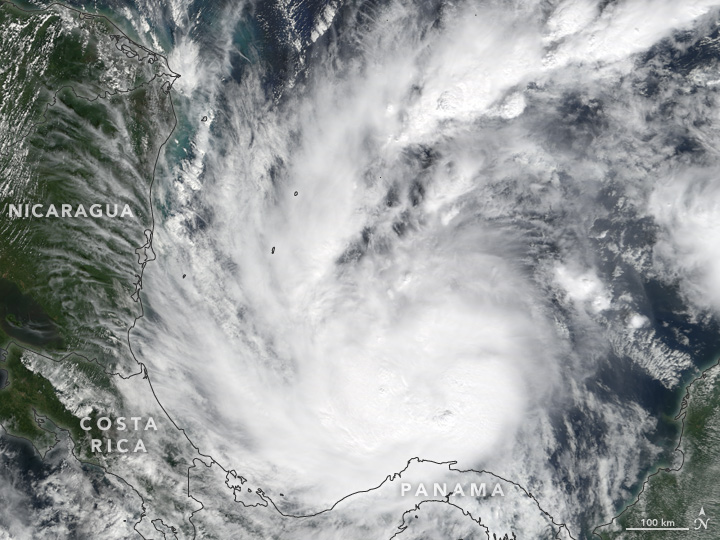 When the November 24 image was acquired, Otto had maximum sustained winds of 175 kilometers (110 miles) per hour, enough for the storm to be considered a category 2 hurricane. Since Otto will likely pass over Lake Nicaragua after making landfall, it may retain enough strength that it will remain a tropical storm when it reaches the Pacific Ocean.

Otto broke meteorological records. According to Jeff Masters of Weather Underground, meteorologists have never observed a tropical storm in the Atlantic basin achieve category 2 or higher intensity after November 20. 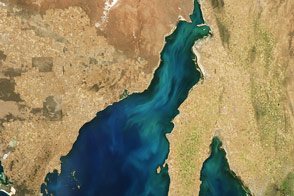