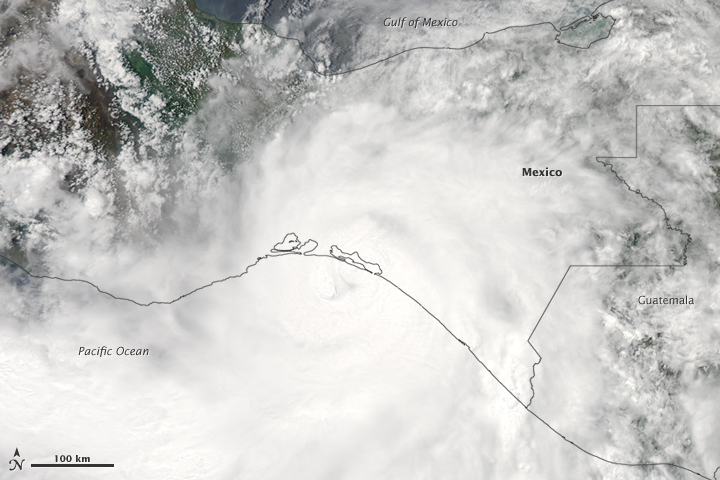 The 2013 Atlantic hurricane season officially began on June 1 and it is expected to be an unusually busy one, according to the National Oceanic and Atmospheric Administration. NOAA’s analysis of American and European weather models suggests that 2013 will bring 13 to 20 named storms, 7 to 11 hurricanes, and 3 to 6 major hurricanes.

Forecasters pointed to favorable atmospheric conditions for storm formation, above average April sea surface temperatures in the Atlantic, and the absence of El Niño. El Niño hinders storms by suppressing cloud development in the western Atlantic. It also strengthens upper level winds and vertical wind shear, both of which act to prevent and weaken storms.

The outlook for the eastern Pacific suggests a less active season, with 11 to 16 named storms, 5 to 8 hurricanes, and 1 to 4 major hurricanes. The forecast is guided by an expectation that the atmospheric conditions that have decreased vertical wind shear and suppressed eastern Pacific hurricane activity since 1995 will continue. Forecasters also expect below average sea surface temperatures to temper storms.

However, none of this stopped the eastern Pacific from getting off to an early start. Hurricane Barbara, a compact category 1 storm, hit the coast of southern Mexico on May 29, 2013, before weakening over the Isthmus of Tehuantepec. The Moderate Resolution Imaging Spectroradiometer (MODIS) on NASA’s Aqua satellite captured this view of the storm as it made landfall. According to NOAA records, only one other eastern Pacific hurricane—Agatha in 1971—has made landfall in May.

NASA, a research agency, does not provide seasonal hurricane predictions. Instead, it focuses on understanding the physical processes that underlie hurricane formation and intensification, as well as the processes that affect rainfall. With that goal in mind, the agency will send two unmanned Global Hawk aircraft to the eastern Atlantic Ocean as part of the Hurricane and Severe Storms Sentinel (HS3) mission in August and September.

“The advantage this year over 2012 is that the second aircraft will measure eyewall and rainband winds and precipitation, something we didn’t get to do last year,” said Scott Braun, principal investigator of the mission and research meteorologist at NASA’s Goddard Space Flight Center. 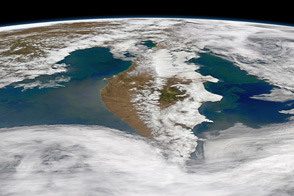 Tropical Cyclone Cristina reached Category 4 status as it churned over the eastern Pacific Ocean in June 2014.

The storm became the earliest second major hurricane in eastern Pacific records, but the dynamic storm appeared to stir up enough cold seawater to cut down on its own strength.