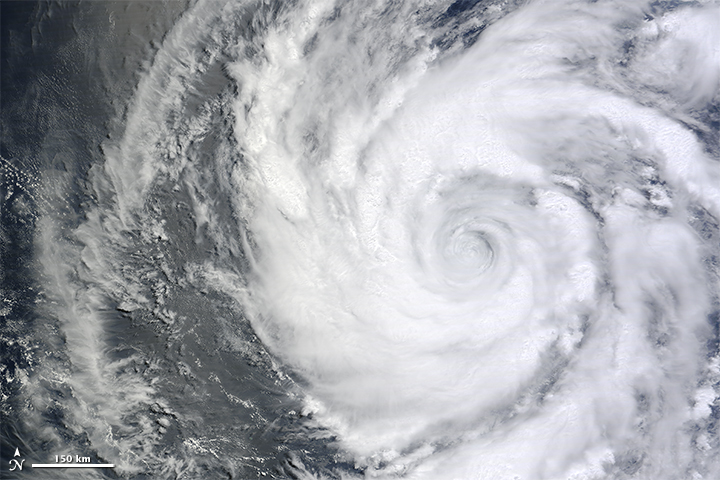 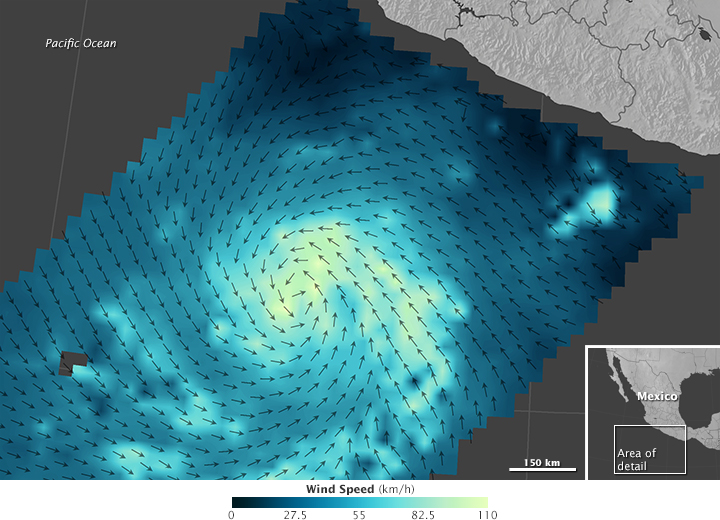 Hurricane Blanca, the second named storm of the eastern Pacific season, alternated between interesting and alarming, dynamic and stagnant in the first week of June 2015. The storm set a record as the earliest second hurricane in an eastern Pacific season (previous record was June 5), and as the earliest second major hurricane (previously June 12). On average the second major hurricane usually does not form in the eastern Pacific until August. But for all its potency, Blanca also stalled and swooned and, in a sense, weakened itself.

Tropical Storm Blanca formed on June 1, and then rapidly intensified into a major hurricane on June 2–3, exploding into a category 4 storm over hot tropical waters. But then the hurricane became stationary and churned up the ocean to a point where it circulated colder waters up from the depths. Blanca cooled down a bit, wind speeds dropped, and the eye wall fell apart. Forecasters believe the storm might gain strength again as it moves north and west, though it will eventually run into cooler waters again. Forecasts call for Blanca to make landfall on the Baja Peninsula of Mexico, perhaps as a weak hurricane or tropical storm, by June 6 or 7. The forecast track has the storm and its remnants moving up the peninsula and the Gulf of California for several days.

The Moderate Resolution Imaging Spectroradiometer (MODIS) on NASA’s Terra satellite acquired a natural-color image (top) of Hurricane Blanca at 11:05 a.m. Mexico Time (1805 Universal Time) on June 4, 2015. Two hours before the image was acquired, wind speeds aloft were estimated to be 205 kilometers (125 miles) per hour, according to the National Hurricane Center.

The second image shows wind speed and direction near the ocean surface as measured from space around 1 a.m. on June 4. The measurements were taken by the International Space Station-Rapid Scatterometer (ISS-RapidScat), which bounces microwave pulses off the ocean and measures the roughness of the surface. Rough waters are disturbed more by wind and return a stronger signal than smooth waters; from this information, scientists can derive speed and direction. Shades of blue-green indicate the range of speeds, with lighter shades representing stronger surface winds.

On May 27, 2015, the U.S. National Oceanic and Atmospheric Administration delivered its outlook on the 2015 hurricane season for North America. Forecasters predicted a 70 percent chance of above-average activity in the eastern Pacific Ocean, and 70 percent chance of a below-average season in the Atlantic Ocean. The current El Niño helps make conditions favorable to hurricane growth in the Pacific (warmer water than usual) while tamping down conditions on the Atlantic side (increased wind shear and other atmospheric changes). NOAA scientists predicted 15 to 22 named storms in the eastern Pacific, of which 7 to 12 are expected to become hurricanes. They called for 6 to 11 named storms in the Atlantic, with 3 to 6 becoming hurricanes.

“These past two weeks have given us a preview of what should be a active, El Niño fueled Eastern Pacific hurricane season,” said Bill Patzert, climatologist at NASA’s Jet Propulsion Laboratory. “The west coast of Mexico should prepare for a battering this summer into the fall.”

The storm became the earliest second major hurricane in eastern Pacific records, but the dynamic storm appeared to stir up enough cold seawater to cut down on its own strength.

Tropical Cyclone Cristina reached Category 4 status as it churned over the eastern Pacific Ocean in June 2014.

The strongest hurricane ever recorded around the Americas is set for landfall on the southwest coast of Mexico.

The first hurricane of the 2014 season churned over the Pacific Ocean southwest of Mexico in late May. 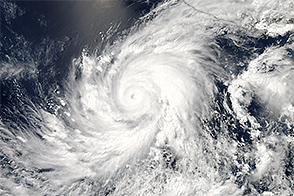