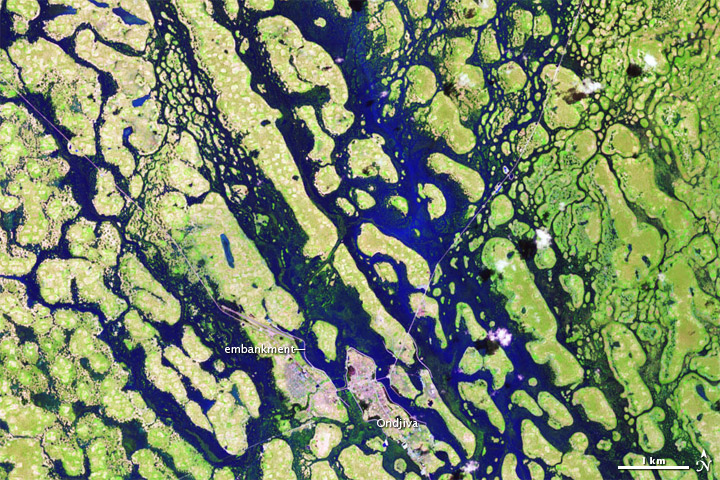 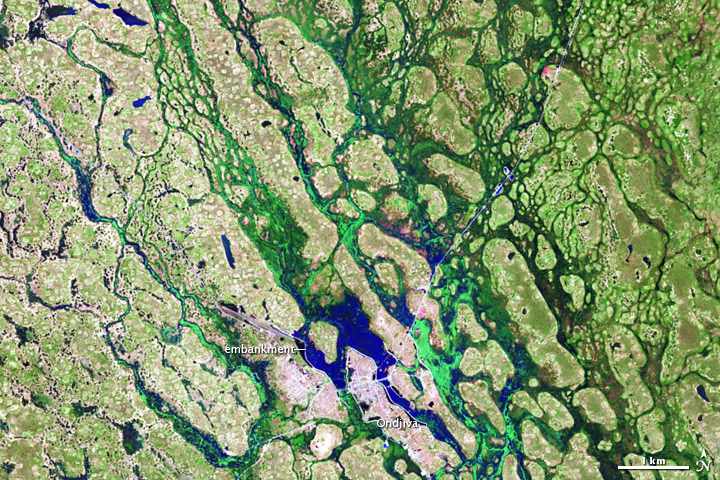 Seasonal floods affected thousands of people in Angola and Namibia during a rainy season that stretched through April 2011. Flood waters finally receded in May, but not before an estimated 260,000 residents had been affected, according to the United Nations Office for the Coordination of Humanitarian Affairs.

Around the city of Ondjiva, in southern Angola, water levels dropped significantly between late March and mid-May. The Advanced Land Imager (ALI) on NASA’s Earth Observing-1 (EO-1) satellite captured these images of the area on March 30, 2011 (top), and May 13, 2011 (bottom). Made from a combination of shortwave infrared, near infrared, and red light, these images distinguish between water and land better than natural-color images. Vegetation appears bright green, and water appears bright blue.

Thin white lines show embankments, which afforded Ondjiva some protection from the high waters in early 2011. Rainy season in this region can last from November to April. Rivers that flow into Namibia generally peak in March or April. Ondjiva lies not far from the Angola-Namibia border, and the water channels shown in these images are part of a large network connected to Etosha Pan.

Acquired May 13, 2011, and March 30, 2011, these false-color images show receding floods around the city of Ondjiva in southern Angola.