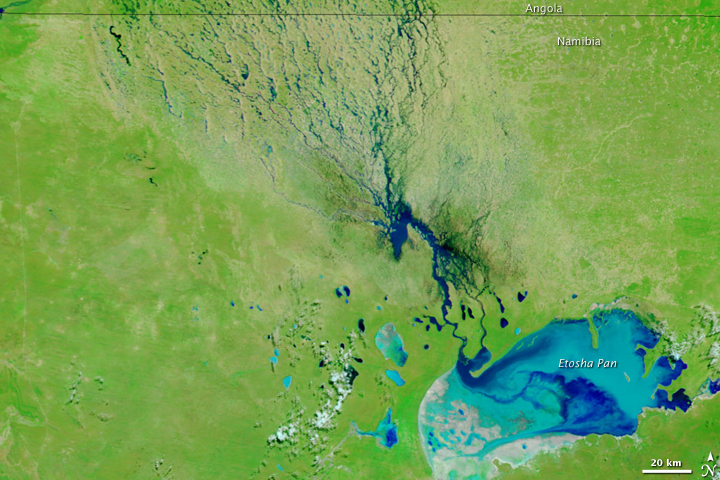 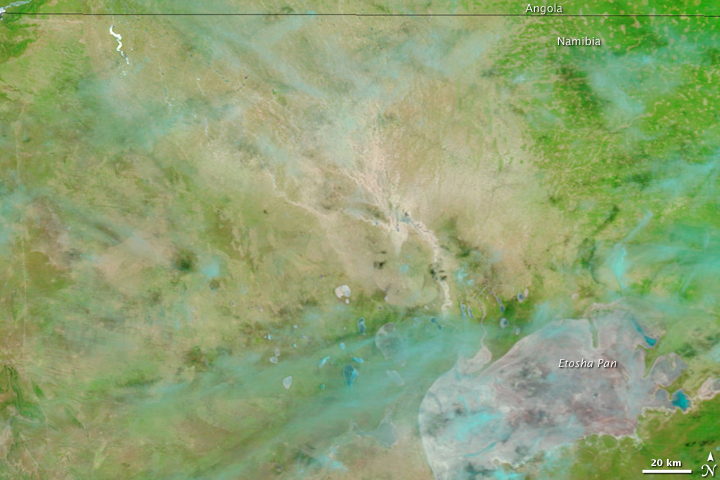 Weeks of seasonal rain brought floods to northern Namibia in March 2009. The Moderate Resolution Imaging Spectroradiometer (MODIS) on NASA’s Terra satellite captured the top image of the floods on March 23, 2009. The lower image shows the region before the wet-season rains started on January 14, 2009.

In both images, the landscape is shown in false color, different from what a human eye would see. This is done to highlight the presence of water in the scene. Water, ordinarily a murky brown that blends with the land, is dark blue. Plant-covered land is green, and bare earth is tan. Clouds are light blue and white.

On March 23, rivers flowed into Namibia from Angola where dry channels had been two months earlier. The flood made its way into a large, dry lakebed, the Etosha Pan, covering much of it with a thin layer of water. The pale lakebed is visible under the shallow water, giving the water a turquoise color rather than the deep blue color that deep water would have. By contrast, little water was evident in January.