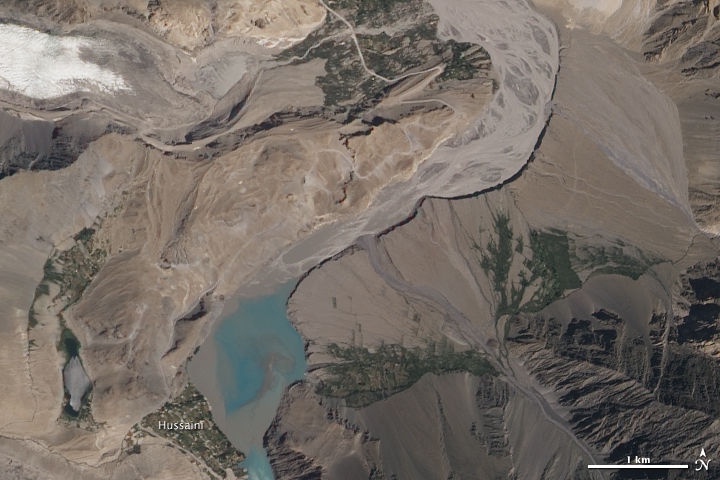 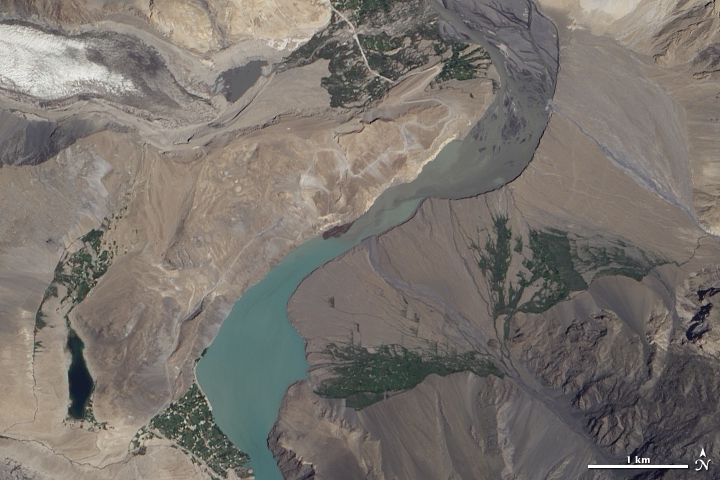 In January 2010, a landslide caused the formation of a bulging lake along the Hunza River in northwestern Pakistan. In late May, water finally began flowing over a spillway designed to lower the rapidly rising water level and avoid a catastrophic outburst flood. Geologist David Petley at the International Landslide Centre reported that the lake level had evidently stabilized by July 6.

The Advanced Land Imager (ALI) on NASA’s Earth Observing-1 (EO-1) satellite captured these natural-color images of the landslide lake. The images show an area upstream from the spillway, after water began flowing over it. The top image shows the lake right after its water level reportedly stabilized, on July 7, 2010. The bottom image shows the same lake several weeks later, on August 23, 2010.

Northeast of Hussaini, the water level has dropped noticeably. On July 7, water fills the channel roughly 1.5 to 2 kilometers upstream from the town. On August 23, the channel appears mostly empty roughly 1 kilometer upstream.