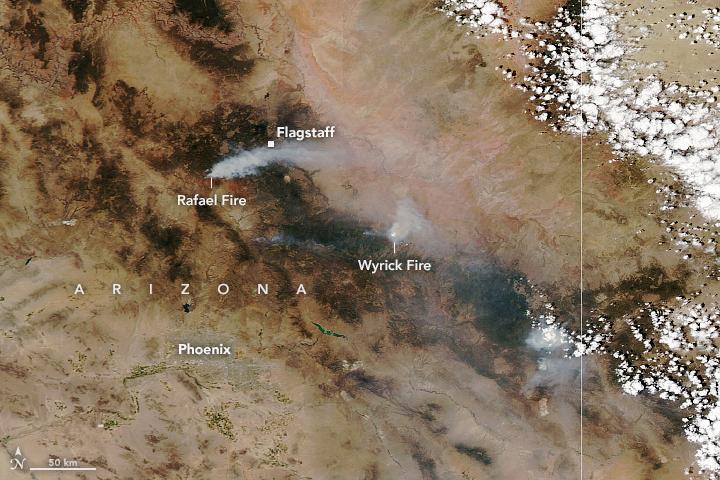 Exceptional drought has gripped much of Arizona for months. In June 2021, a potent heat wave sent temperatures soaring above 115&degF (46°C) on multiple days. Now extreme fires are raging throughout the state.

Southwest of Flagstaff, the Rafael fire had charred more than 38 square miles (97 square kilometers) as of June 21, 2021. The fire prompted evacuations and road closures in several communities. Near Heber, the Wyrick fire had burned 11 square miles and triggered evacuations orders in Navajo County. In the far eastern part of the state near Alpine, the Horton Complex and Bear fires were generating significant amounts of smoke.

Human greenhouse gas emissions have likely left a fingerprint on the heat wave. “It may look similar to other heat waves on a weather map, but the magnitude, intensity and duration of the event is larger because of climate change,” said Michael Crimmins, a University of Arizona environmental scientist and a co-investigator for the CLIMAS Southwest Climate Assessment, in a perspective article written for The Washington Post.

Hot, dry weather has parched vegetation and turned the state into a tinderbox. 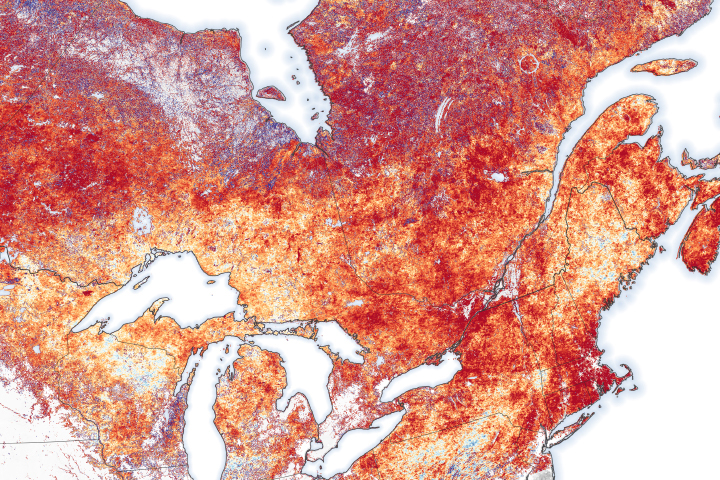 Rodeo and Chediski Fires in Arizona

Acquired October 6, 2009, this true-color image shows fires burning around the coastal city of Cairns. Smoke from the fires blows inland.

A wet summer and dry fall have made spring fires lit by ranchers more intense and smokier than usual.