Ice Could Crumble from Planpincieux Glacier 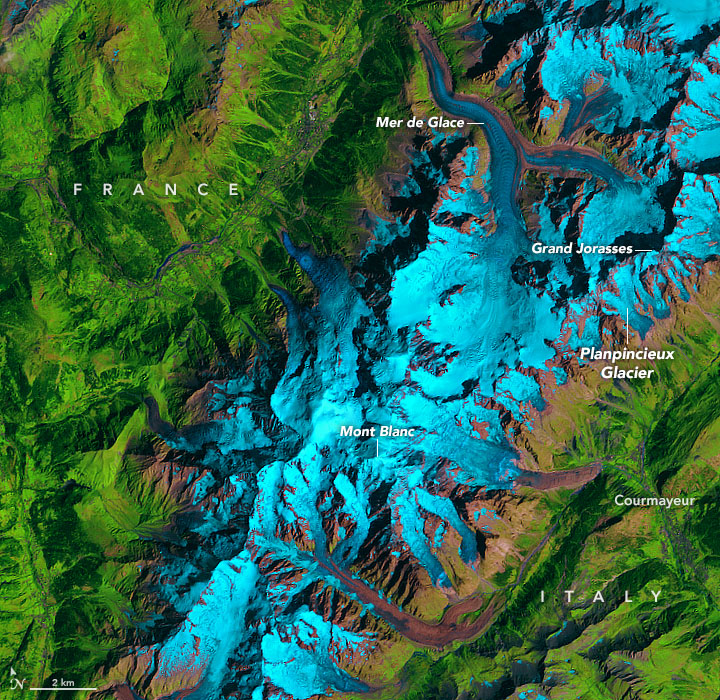 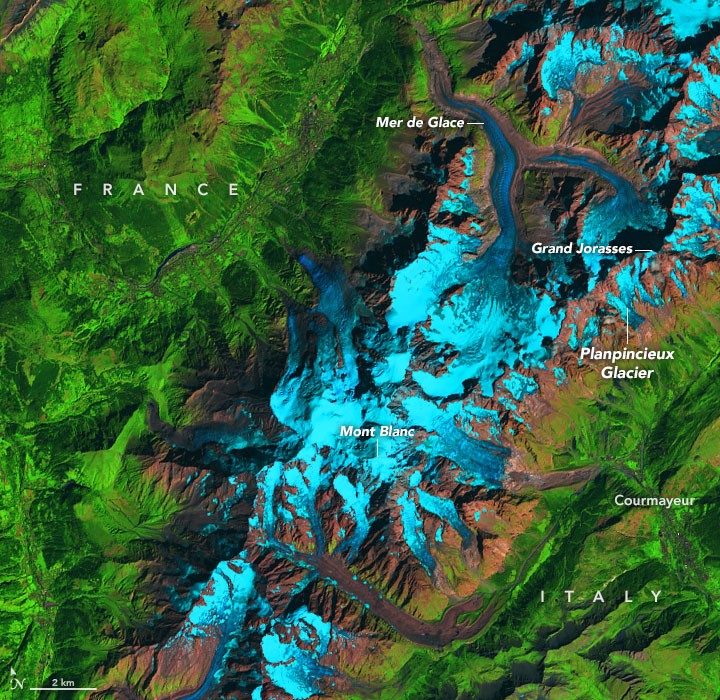 A fast-changing glacier is threatening a popular hiking area in Europe’s western Alps. Experts have reported that a 250,000-cubic-meter chunk of ice is poised to break away from Planpincieux Glacier, which clings to a steep slope on Grand Jorasses peak in the Mont Blanc massif.

Planpincieux Glacier tends to lose ice from its front in large blocks. That’s because it is a “hanging glacier,” with its front perched on a steep slope. As the ice slides toward the ravine’s edge, fragments can break away and tumble into the valley below. Following the extremely warm summer of 2019, the glacier’s front was moving as much as 50 centimeters (20 inches) per day by late September.

Scientists cannot say with certainty when the collapse will occur. As a precaution, Italian officials have closed a road leading to Val Ferret, a valley near the town of Courmayeur. The area is a popular hiking and tourist destination.

The melting is not limited to Planpincieux; other glaciers across the Alps have been shrinking and thinning in recent decades. Research published in 2014 reported losses across the Mont Blanc area between 2003 and 2012, and the downward trend has continued through 2018. According to one computer model, the Argentière and Mer de Glace glaciers—the largest in the French Alps—could disappear or be significantly reduced by the end of the 21st century.

The fast-changing glacier is threatening a popular hiking area in the western Alps.

Image of the Day Heat Snow and Ice Remote Sensing