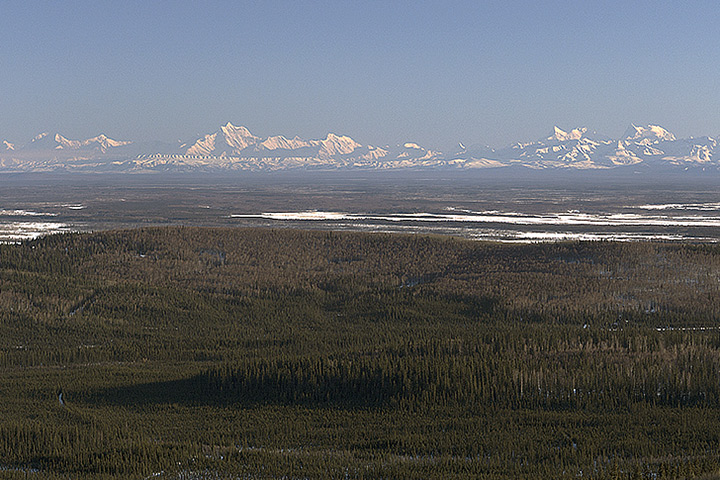 On many maps, the Arctic seems like an afterthought. For example, commonly-used orthographic projections squeeze the Arctic’s islands, ocean, and ice to the edge of the map, making the region appear indistinct and insignificant.

But as scientists participating in NASA’s Operation IceBridge know, it is a large and diverse region. Usually defined as everything north of the Arctic Circle—or the tree line—the Arctic includes roughly 14.5 million square kilometers (5.5 million square miles). That’s about the same size as Antarctica and 1.5 times the size of the continental United States.

The IceBridge team is conducting a multi-year aerial survey of the Arctic and Antarctica; they are currently in the midst of their 2014 campaign to the Arctic. The primary goal is to maintain continuity in ice measurements between NASA’s Ice, Cloud, and Land Elevation Satellite (ICESat), which stopped functioning in 2009, and its successor, ICESat-2, scheduled for launch in 2017. 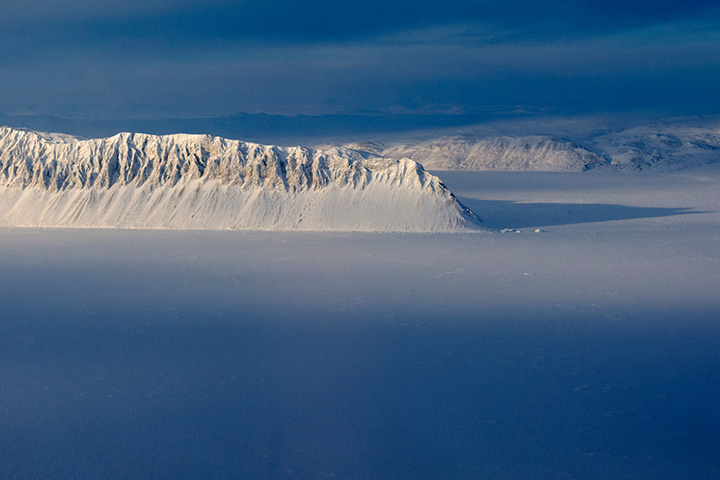 While satellites can survey the entire Arctic every few days and don’t have to stop to refuel, NASA’s P-3 Orion aircraft has a limited range and surveys a much smaller portion of the Arctic in much finer detail. As a result, the IceBridge team has to make hard choices about which areas to survey.

IceBridge project scientist Michael Studinger noted in a recent email that the crew had flown 34 missions since mid-March. The IceBridge team has shifted its base of operations multiple times, working out of Thule, in northern Greenland; Fairbanks, Alaska; and Kangerlussuaq, in west central Greenland. The last flight of the 2014 Arctic campaign is scheduled for May 23. To date, the P-3 has spent enough time in the air to have traveled between New York City and London 37 times or around the world at the equator three times.

Operating from three sites has allowed the team to collect data at a range of locations across Greenland, Alaska, Axel Heiberg Island, Ellesmere Island, Baffin Bay, the Chukchi Sea, the Beaufort Sea, and the North Pole. These three images offer a taste of the varied scenery that the scientists and engineers have seen during the flights.

The top one, taken from Fairbanks, shows forests with the Alaska Range in the distance. The second shows Eureka Sound on Ellesmere Island in the Canadian Arctic. The third shows a frozen fjord downstream of the Violin Glacier in East Greenland. 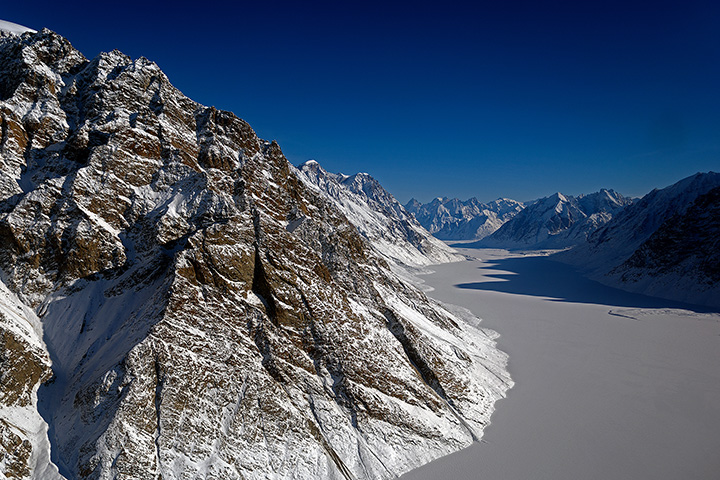 Operation IceBridge, an aerial ice surveying mission, has plenty of area to cover.

Sea ice extent for January 2016 was one of the lowest on record since space-based observations began in 1978.

Ice that originated in the Arctic Ocean drifts hundreds of miles south, pulled along and shaped by the East Greenland Current.