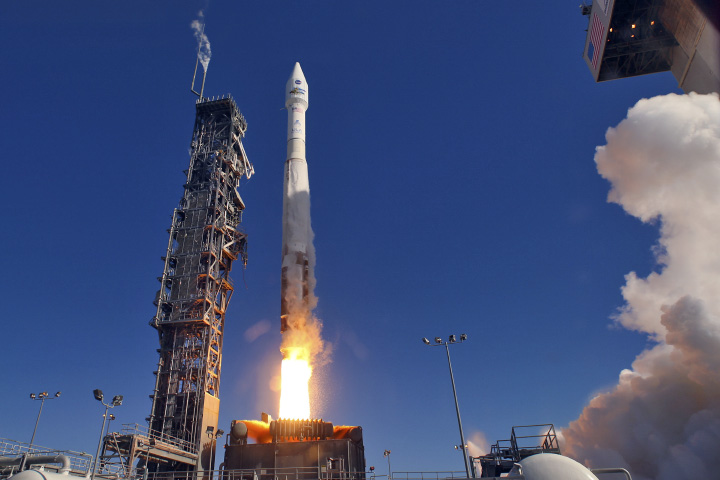 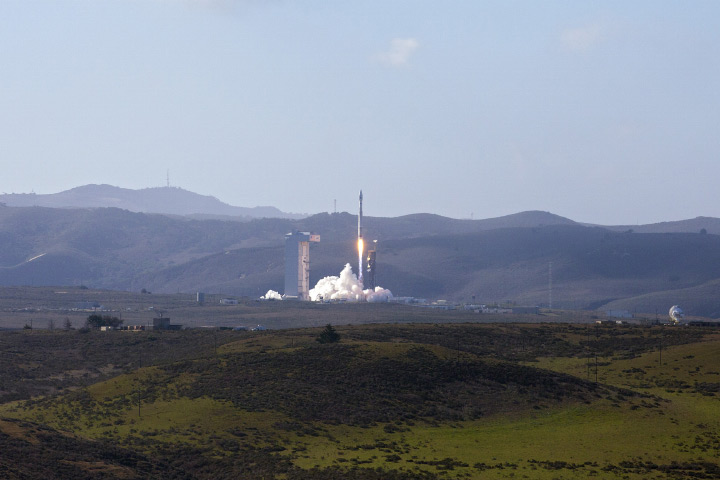 Since 1972, the Landsat program has tracked changes in land cover and land use around the globe. Six successive satellites have compiled a four-decade record of growing cities and farms, shrinking lakes and ice sheets, greening and browning landscapes, and human and natural events.

On February 11, 2013, that global record of our land surface was extended for many more years to come. At 1:02 p.m. Eastern Standard Time (10:02 a.m. Pacific Standard Time), an Atlas V rocket successfully carried the Landsat Data Continuity Mission (LDCM) satellite into orbit from Vandenberg Air Force Base in California.

The LDCM spacecraft separated from the rocket 79 minutes after launch and the first signal was received 3 minutes later at a ground station in Svalbard, Norway. (Click here for video of the separation.) The solar arrays deployed 86 minutes after launch, and the spacecraft is already generating power. LDCM is on course to reach a sun-synchronous polar orbit of 438 miles (705 kilometers) above Earth by April 2013.

The new satellite has two main sensors: the Operational Land Imager (OLI) and the Thermal Infrared Sensor (TIRS). OLI will collect images using nine spectral bands—in different wavelengths of visible, near-infrared, and shortwave light—to observe a 185-kilometer (115-mile) section of the Earth in 30-meter resolution. It will take measurements in two new bands: one to observe high-altitude cirrus clouds and another to observe atmospheric aerosols, as well as water quality in lakes and shallow coastal waters.

One of LDCM’s predecessors, Landsat 5, recently set a world record for the longest-operating Earth-observing satellite. Launched on March 1, 1984, Landsat 5 watched the Earth for 28 years and 10 months—nearly 10 times its expected lifespan. Time ran out for that tenacious satellite when NASA and USGS announced in December 2012 that Landsat 5 would be decommissioned; it went silent on January 6, 2013.

Landsat 6 failed upon launch in 1993, and Landsat 7 has been in orbit for nearly 14 years, with its fuel running low and its eyesight partially impaired. So the successful launch of LDCM is welcome news to the scientific community as it examines long-term changes on the planet. Mission managers intend to rename it Landsat 8 after it is fully checked out and handed over to USGS later in 2013. Data will be archived and distributed free over the Internet from the Earth Resources and Science (EROS) center within 100 days of launch.