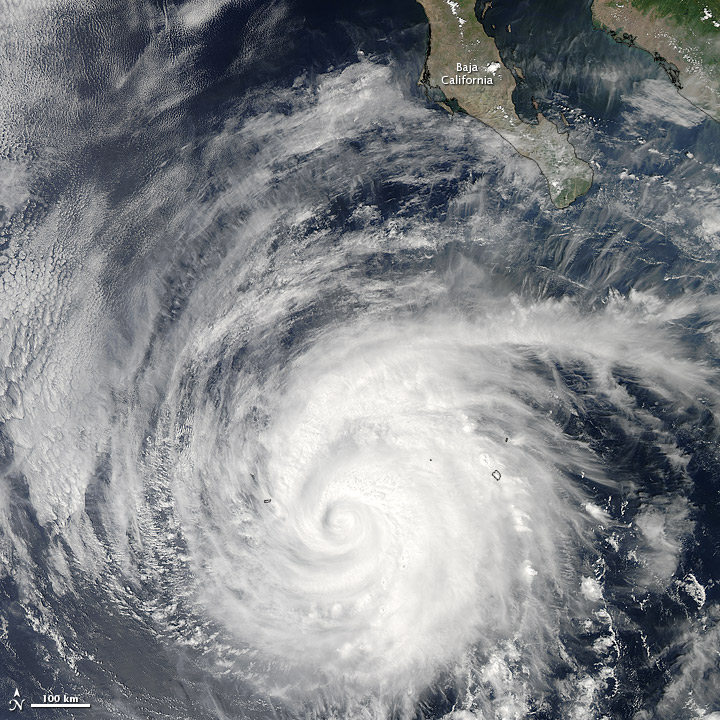 Miriam formed as a tropical depression over the eastern Pacific Ocean on September 22, 2012, and strengthened into a tropical storm the same day. Miriam developed into a Category 3 hurricane by September 24.

At 2:00 p.m. Pacific Daylight Time on September 24, the Moderate Resolution Imaging Spectroradiometer (MODIS) on NASA’s Aqua satellite acquired this natural-color image. At the same time, the U.S. National Hurricane Center (NHC) reported that Miriam was located about 405 miles (650 kilometers) southwest of the tip of Baja California. The storm had maximum sustained winds of 120 miles (195 kilometers) per hour.