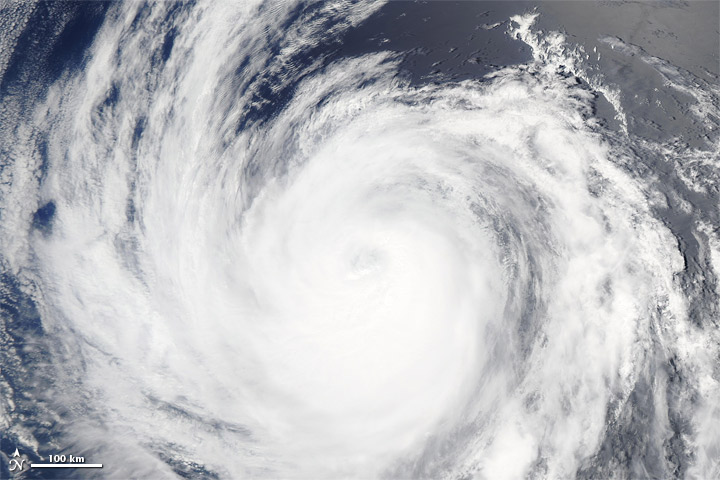 At 2:00 p.m. Pacific Daylight Time on July 15, the U.S. National Hurricane Center (NHC) reported that Fabio was a Category 2 hurricane with winds of 100 miles (160 kilometers) per hour. At roughly the same time of the NHC report, the Moderate Resolution Imaging Spectroradiometer (MODIS) on NASA’s Aqua satellite captured this natural-color image. Fabio spun over the Pacific Ocean, approximately 660 miles (1,060 kilometers) southwest of the southern tip of Baja California.

By the morning of July 16, Fabio had weakened to a Category 1 hurricane, and the NHC forecast that it would weaken further to a tropical storm later that day. Although the storm was losing strength, the NHC warned of ocean swells along the west coast of Baja California and extreme southern California.

The NHC reported that Fabio’s growth into the season’s fifth hurricane was “more than a month ahead of schedule.”