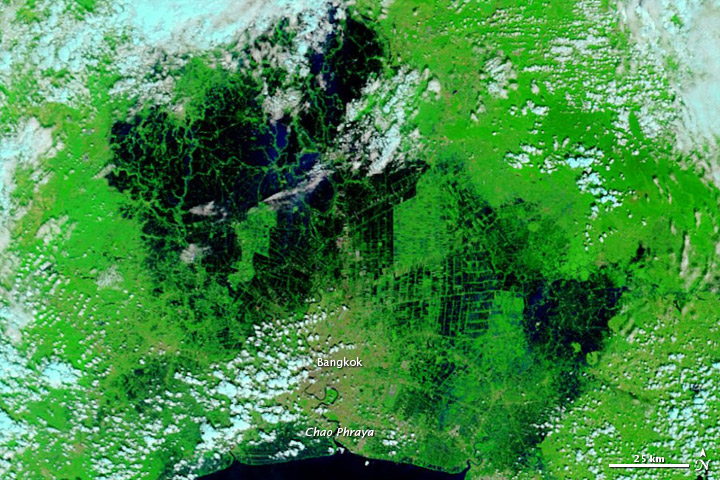 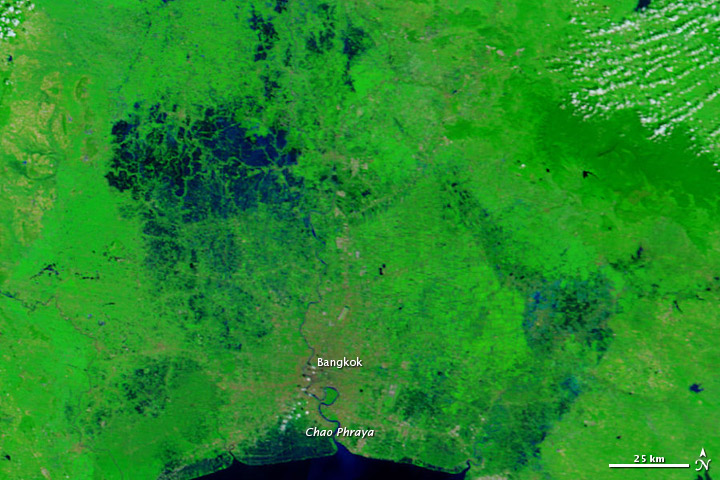 Flood waters continued traveling southward through Thailand on October 25, 2011, prompting authorities to close one of Bangkok’s airports, news reports said. The closure affected not only air travelers, but also the country’s flood relief headquarters, which had been located there.

The Moderate Resolution Imaging Spectroradiometer (MODIS) on NASA’s Terra satellite captured the top image on October 25, 2011 and the bottom image, showing more normal conditions, on November 13, 2008. These images use a combination of visible and infrared light to better distinguish between water and land. Water is dark blue, vegetation is green, urban areas are tan, and clouds are pale blue-green.

Days before MODIS acquired the top image, Thailand’s prime minister ordered the opening of key floodgates to allow water to flow through Bangkok canals en route to the ocean. The Associated Press described local concerns that rising tides in the Gulf of Thailand might slow that outflow, causing flooding in Bangkok. Meanwhile, one governor expressed concern about high water levels on the Chao Phraya River, which flows through the city. As of October 25, however, most of the city remained dry.