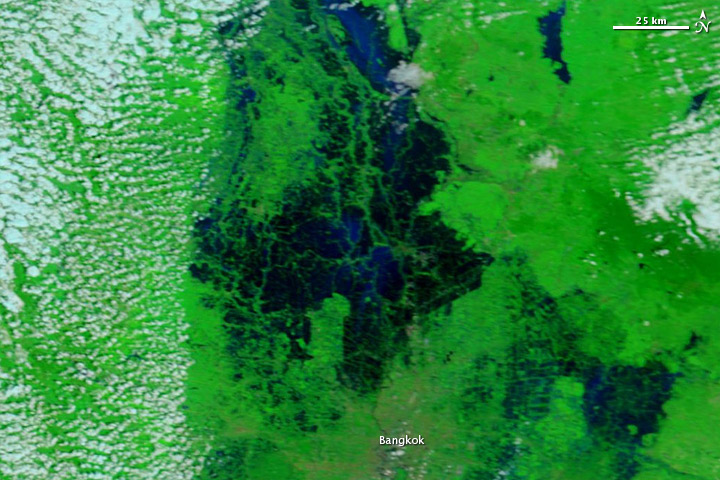 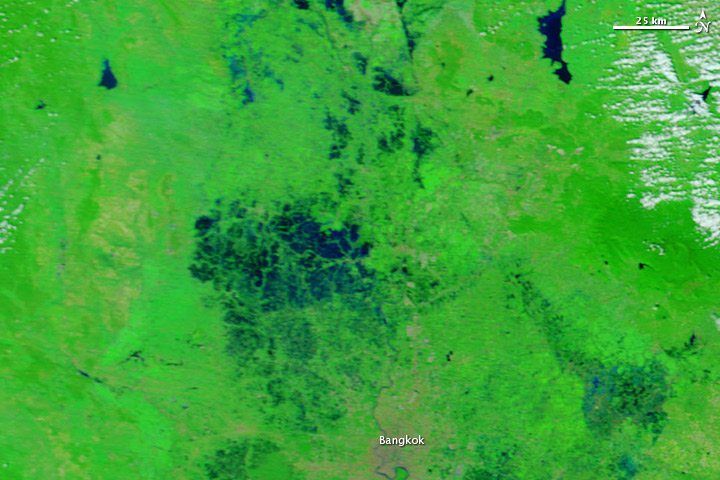 Thailand’s capital city of Bangkok faced the prospect of severe flooding in late October 2011 as a flood surge north of the city headed toward the Gulf of Thailand. The Moderate Resolution Imaging Spectroradiometer (MODIS) on NASA’s Terra satellite captured the top image on October 19, 2011. The bottom image shows the same area nearly three years earlier, on November 12, 2008.

These images use a combination of visible and infrared light to better distinguish between water and land. Water is dark blue. Vegetation is green, and urban areas are earth-toned. Clouds are pale blue-green.

Thailand’s climate is normally rainy and warm, and water is abundant north and east of the city in 2008. In 2011, however, the same areas are inundated, with water spanning more than 75 kilometers (45 miles) in places.

On October 16, officials expressed confidence that the city’s flood walls would withstand the water but days later, the prime minister ordered Bangkok floodgates opened to allow water through city canals en route to the sea, Voice of America reported. Bangkok Post reported that officials planned to divert as much water as possible to the eastern part of the city, and authorities hoped that about 90 percent of Bangkok would be spared.