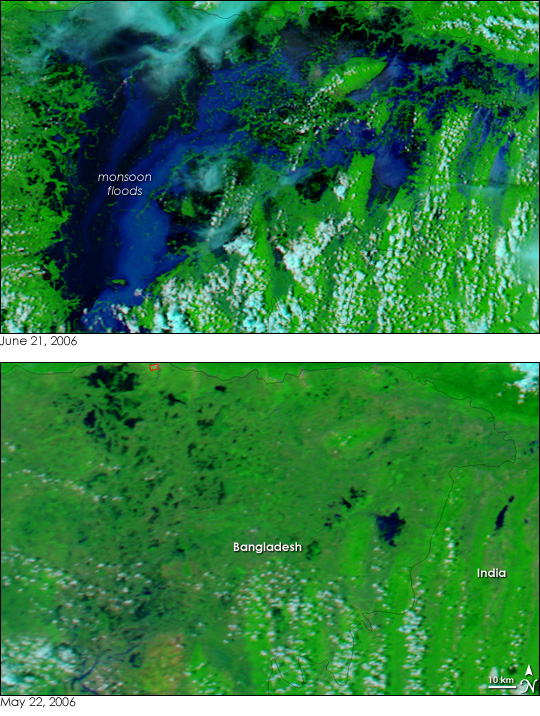 Northeastern Bangladesh disappeared under monsoon floods as rains drenched the region in June 2006. By June 21, when the Moderate Resolution Imaging Spectroradiometer (MODIS) on NASA’s Aqua satellite captured the top image, the floods stretched across hundreds of kilometers of what had been dry land a month earlier. According to Reuters, the floods claimed nine lives, made 10,000 homeless, and marooned more than a million by June 18. The monsoon rains typically last from June to September.

These satellite images of the floods combine MODIS’ observations of shortwave and near-infrared wavelengths of light with visible light to allow water to stand out against the land. Water is black and dark blue. Plant-covered land is green, and clouds are pale blue and white. The MODIS Rapid Response Team provides daily images of Bangladesh in both infrared and photo-like natural color.

Floods in India and Bangladesh