Airglow Over the Indian Ocean 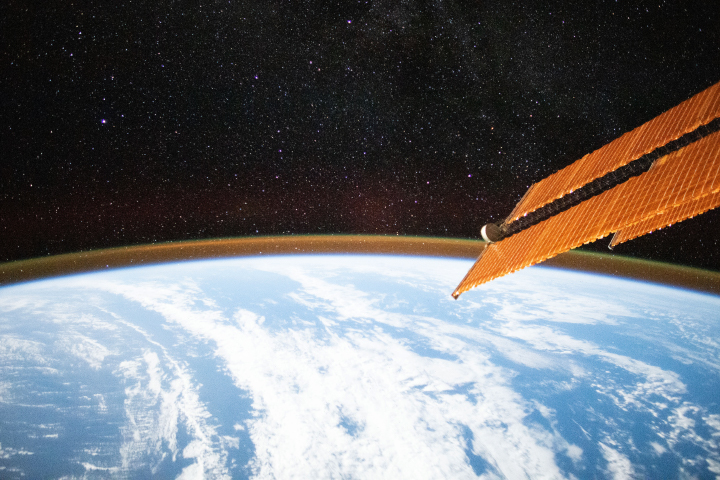 This long-exposure photograph highlights an atmospheric phenomenon that is easier to spot from the International Space Station (ISS) than from Earth—airglow. An astronaut captured the view of a starry sky above the glow of Earth’s atmosphere as the station orbited over the Indian Ocean.

The diffuse orange and green bands of light are caused by molecules in the atmosphere that have been energized by absorbing ultraviolet (UV) radiation from the Sun. Atoms in the lower atmosphere bump into each other and release that energy during the collisions. Since the upper atmosphere is thinner, atoms are less likely to collide, and they instead release the energy by emitting visible light.

NASA has several missions that measure different wavelengths of airglow, including the Ionospheric Connection Explorer (ICON), Global-scale Observations of the Limb and Disk (GOLD), and Thermosphere Ionosphere Mesosphere Energetics and Dynamics (TIMED).

While astronauts regularly snap stunning photos of the phenomenon from the space station, beauty is not the only reason for taking note of it. Some scientists study changes and trends in airglow to better understand if they have any relationship to the solar cycle or the buildup of greenhouse gases in the atmosphere.

Astronaut photograph ISS063-E-065220 was acquired on July 31, 2020, with a Nikon D4 digital camera using an 28 millimeter lens and is provided by the ISS Crew Earth Observations Facility and the Earth Science and Remote Sensing Unit, Johnson Space Center. The image was taken by a member of the Expedition 63 crew. The image has been cropped and enhanced to improve contrast, and lens artifacts have been removed. The International Space Station Program supports the laboratory as part of the ISS National Lab to help astronauts take pictures of Earth that will be of the greatest value to scientists and the public, and to make those images freely available on the Internet. Additional images taken by astronauts and cosmonauts can be viewed at the NASA/JSC Gateway to Astronaut Photography of Earth. Caption by Adam Voiland.

The diffuse orange and green bands of light are caused by molecules in the atmosphere that have been energized by absorbing ultraviolet radiation from the Sun. 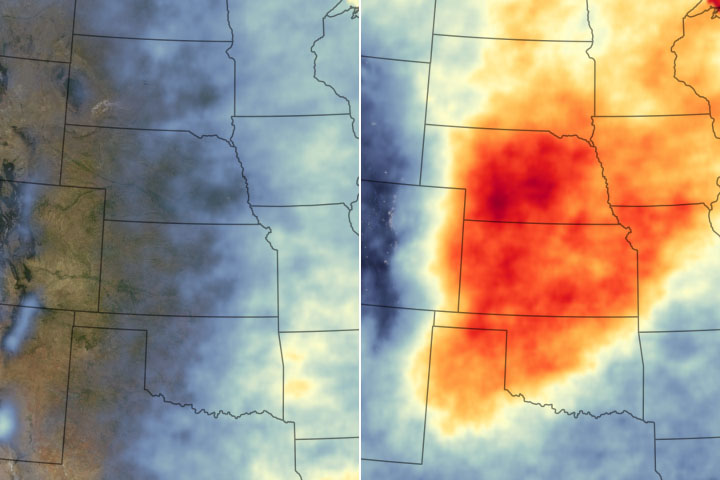 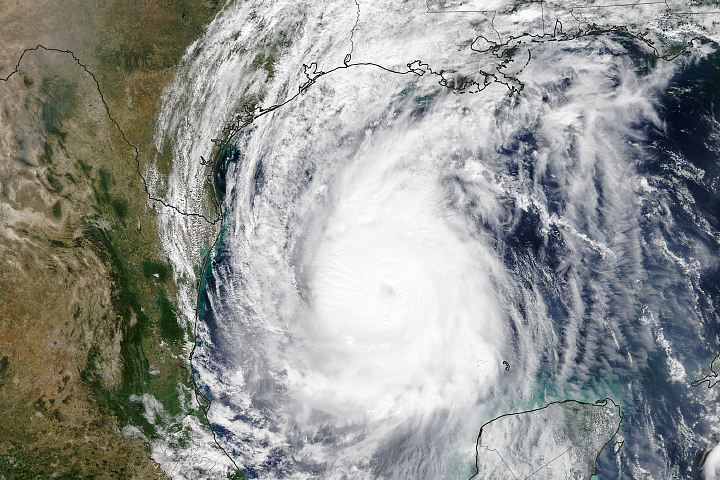 ICONic Views of the Atmosphere

At the boundary between Earth and space, particles and gases and energy do an intricate and colorful dance that varies daily.

Looking Down on a Shooting Star

Astronauts captured this unusual view of a Perseid meteor descending into Earth's atmosphere in August 2011.