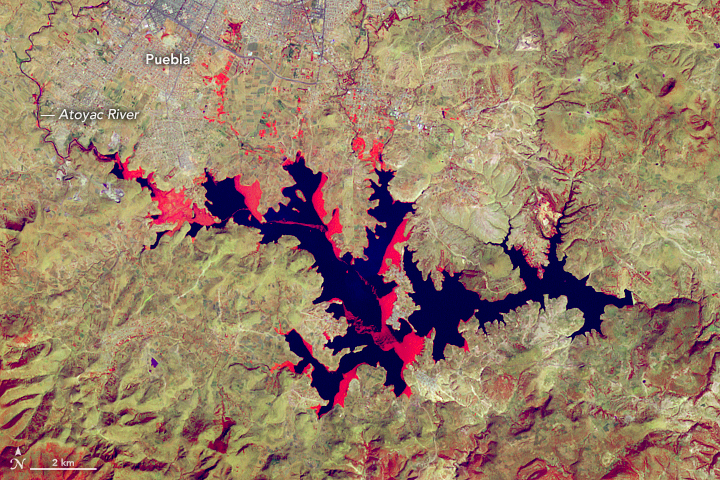 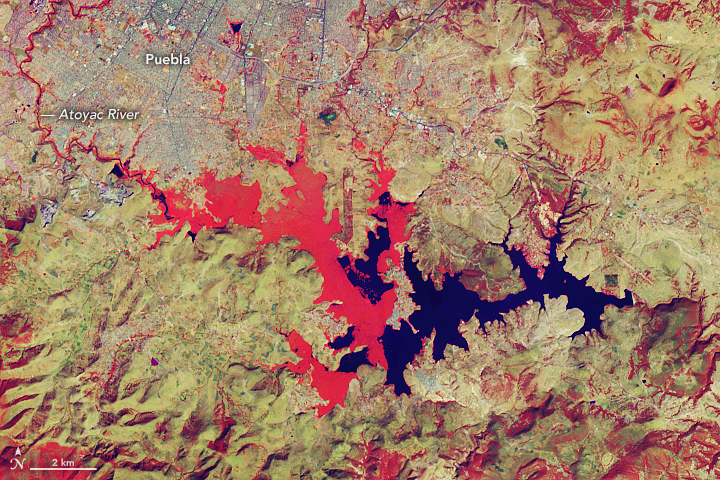 Over the past six decades, the Valsequillo reservoir has fallen victim to one of the world’s most invasive aquatic plants. The reservoir located south of the Puebla municipality in central Mexico was once filled with clear water; now nearly half of its surface is covered with clumps of water hyacinths. And Valsequillo reservoir is not unique. The growth is part of a global trend of water bodies being overrun by the unruly floating plants.

Loved by many people around the world for their beautiful flowers, the native Amazonian plants are now seen by water managers as pests. The invasive plants, which grow at exponential rates, obstruct waterways, clog hydropower plants, and block sunlight from penetrating much below the water’s surface. A recent study by scientists at the Swiss Federal Institute of Technology (ETH Zürich) showed water hyacinth invasions have increased in reservoirs worldwide in recent decades, despite costly efforts to control the plants.

“There’s some irony to the situation. Water hyacinths are brought in for their beauty, but then can quickly grow into a monster,” said Scott Winton, study author at ETH Zürich. “You can look at reservoirs throughout the world and see a similar pattern.”

“Rapid urbanization often comes along with untreated sewage water that gets into service waters, which provides nutrients that allow the plants to thrive,” said Fritz Kleinschroth, a co-author and landscape ecologist at ETH Zürich. “We interpret the floating vegetation invasions as an issue of an underlying water pollution problem.”

The false-color images at the top of this page show the spread of water hyacinths across Mexico’s Valsequillo reservoir from January 10, 2000 (left), to January 9, 2020 (right). The images combine infrared, red, and green wavelengths to help differentiate between water and land. Clear water is blue and vegetation is red (the brighter the red, the more robust the vegetation). The images were acquired by the Enhanced Thematic Mapper Plus on Landsat 7 (bands 4-7-1) and the Operational Land Imager (OLI) on Landsat 8 (bands 5-7-1), respectively. 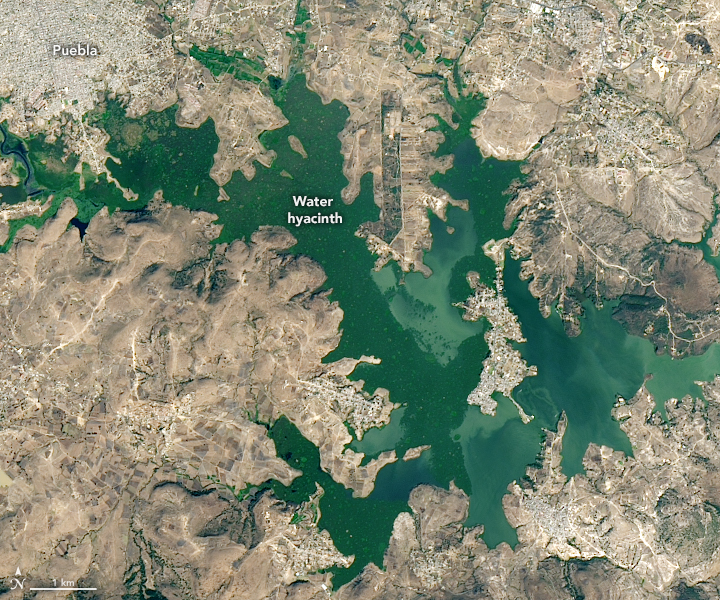 The natural-color image above shows the same scene in 2020; the water hyacinths are dark green. The graph below shows the peak level of floating vegetation coverage for the basin for each year since 1993, as determined from Landsat data.

Out of the twenty reservoirs analyzed for the study, Valsequillo showed one of the most extensive and sharpest increases in water hyacinth coverage over the past decade. Winton says the surrounding area also gained an extra 200 square kilometers (70 square miles) of urban development from 1992 to 2015. The basin, which was created to provide water for irrigation to the surrounding villages, receives organic waste and heavy metal runoff from the nearby Puebla and Tlaxcala municipalities.

But the news is not all bad. The team noted that water hyacinths can also play an important role in cleaning polluted water. Calculating the amount of nutrients absorbed by the plants in twelve reservoirs, researchers found that the plants soaked up much of the excess nutrients that had polluted the water. For example, water hyacinths in South Africa’s Hartbeespoort reservoir and Brazil’s Tapacurá reservoir absorbed around 60 and 80 percent of the annual nutrient load, respectively. Valsequillo, however, had so much nutrient pollution that the absorption by water hyacinths did not make much difference. 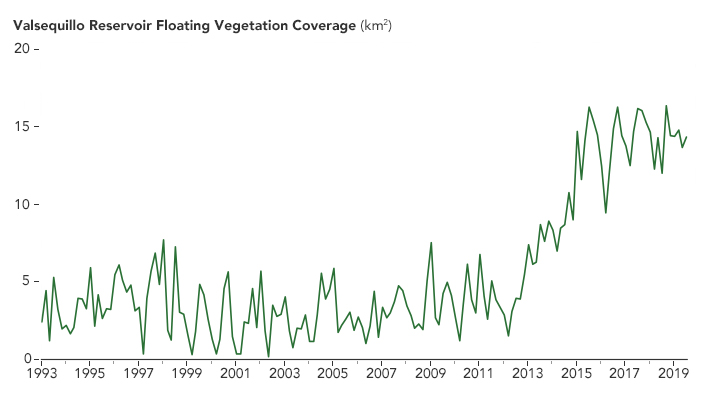 “Water hyacinths are vilified because of the problems they cause, but you would have a suite of different problems if those rivers did not contain those plants,” said Winton. “If water hyacinths were not absorbing the excess nutrients, they would most likely be picked up by some other micro-organism or algae that could potentially cause much worse problems.”

Some reservoirs use water hyacinths in constructed wetlands for wastewater treatment. The idea is to create a small pond near a pollution source and fill it with water hyacinths. The plants will subsequently absorb a lot of the nutrients before the pollution reaches the larger reservoir. Some resource managers have also converted the plants into biogas fuel for energy production, a tactic that was introduced in Disney World in the 1980s.

“We have been dealing with severe water hyacinth invasions for more than 50 years in some areas, so we need more integrated approaches to address this problem,” said Kleinschroth. “The ideal is to tackle the underlying nutrient pollution, but there are additional ways that we can co-exist with these plants.”

A new study found that the abundance of these floating plants has increased due to urbanization.