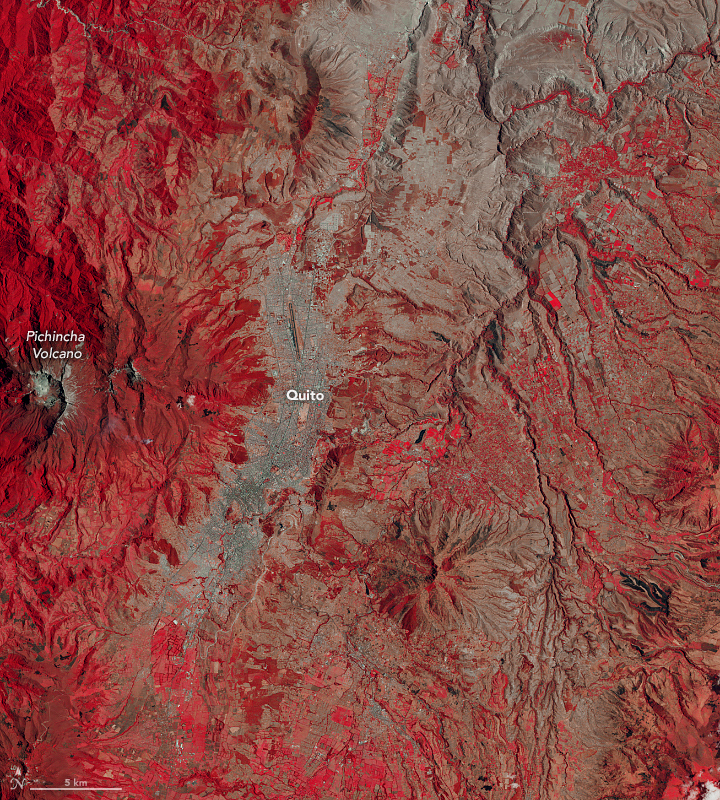 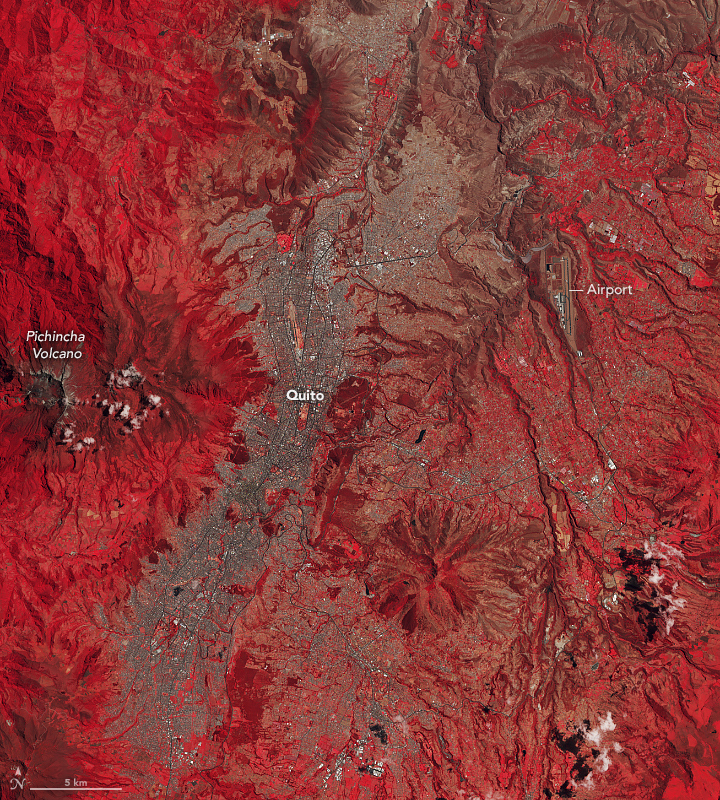 Quito has played many roles throughout the history of South America. The area around the modern city was once a crossroads for trade routes through the Andes; a capital of the Incan empire; a 16th century Spanish colony; and finally the capital of an independent nation. After decades of urban growth, the city is now an important financial center and home to about 2 million people.

Nearly 64 percent of Ecuador’s population lives in urban areas; the Quito metropolitan area is one of the most densely populated. From 2000 to 2013, the population of Quito increased annually by 3.8 percent. It is the country’s second most populous city, behind the coastal city of Guayaquil.

The false-color images above show the expansion of Quito over three decades. The left image was acquired on September 15, 1986, by the Thematic Mapper on Landsat 5 (bands 4-3-2) . The right image was acquired on August 25, 2019, by the Operational Land Imager on Landsat 8 (bands 5-4-3). The scenes include a combination of green, red, and near-infrared light, which helps distinguish different components of the landscape. Vegetation is red, while urban areas are brown to gray. Note the difference in vegetation from 1986 to 2019: This is perhaps due to a drought during 1986, as well as forest regrowth in the past few decades. 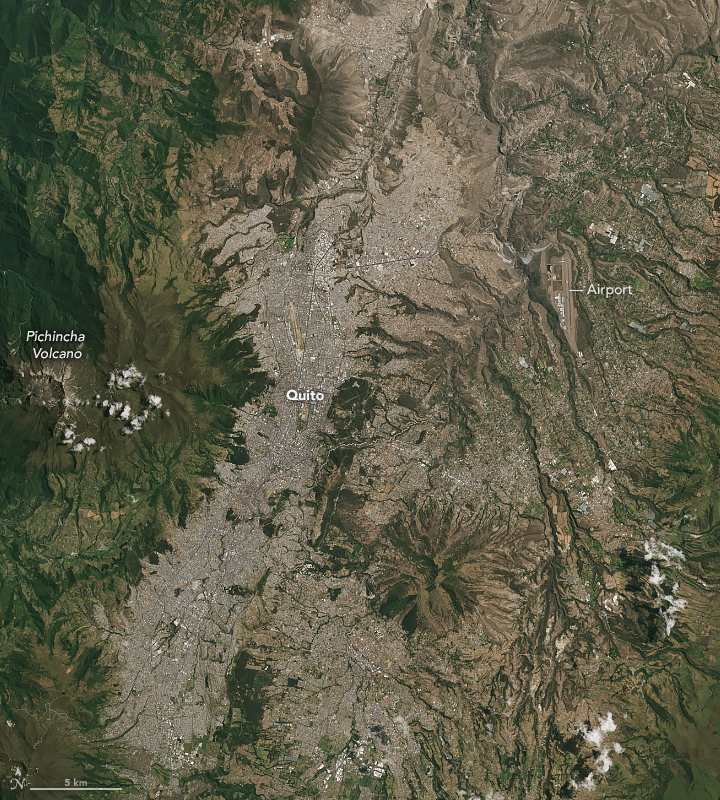 The city sits between the foothills of the active volcano Pichincha to the west and the Itchimbía and Panecillo Hills to the east. Because of these natural barriers, the city has expanded north and south in a crescent-shape. The urban extent was around 9,000 hectares (35 square miles) in 1988; it grew to 38,000 hectares (147 square miles) by 2013. This image shows a natural-color Landsat 8 view of Quito on August 25, 2019.

Ecuador’s economy is highly dependent on oil and banana exports. In fact, Quito is home to the Petroecuador headquarters, the largest oil company in the country. However, new projects are aiming to diversify the country’s economy. A Special Economic Development Zone is expected to convert a small plot of land near the Quito airport to create investment opportunities, international business, and more jobs for skilled workers.

Around the world, more people are migrating to cities. As of 2018, around 55 percent of the world’s population lived in urban areas, often moving to “megacities” such as Shanghai or New Delhi. However, Ecuador is unique in that urban growth has not been concentrated in one or two major cities. Much of the growth over the past few decades has been in smaller urban areas across the country, while growth in larger cities has slowed.