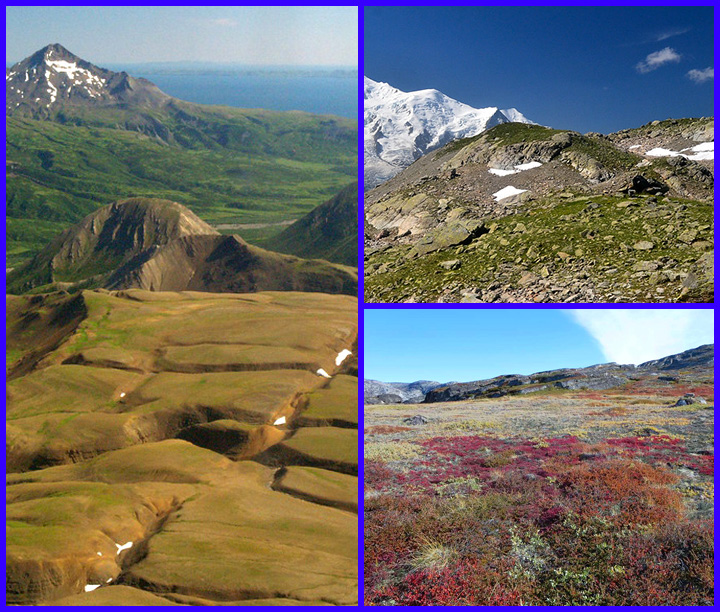 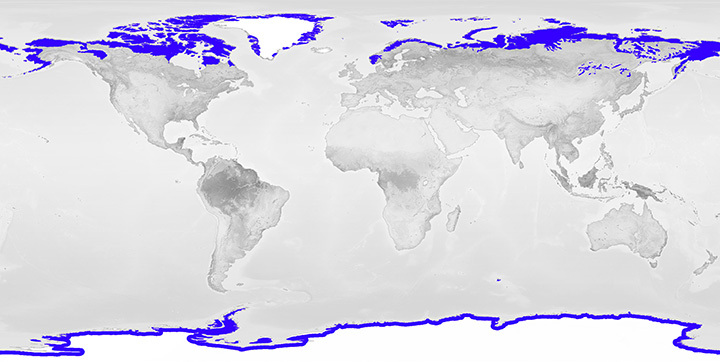 Regions south of the ice caps of the Arctic and extending across North America, Europe, and Siberia (high mountain tops)

Tundra comes from the Finnish word tunturia, meaning "treeless plain"; it is the coldest of the biomes 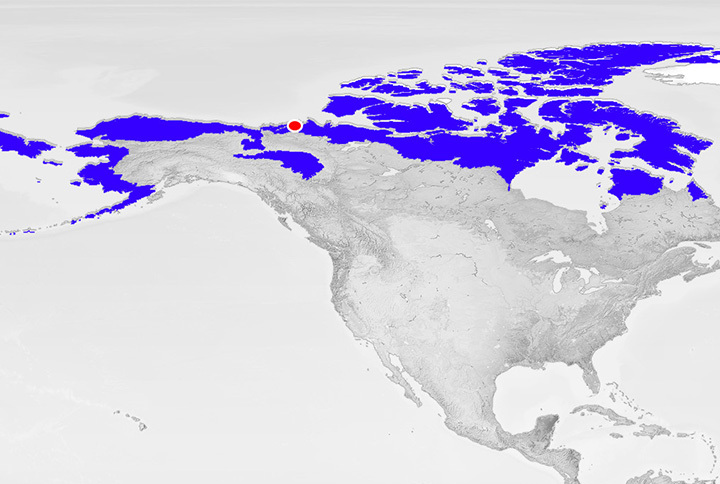 The tundra is the coldest of the biomes. It also receives low amounts of precipitation, making the tundra similar to a desert. Tundra is found in the regions just below the ice caps of the Arctic, extending across North America, to Europe, and Siberia in Asia. Much of Alaska and about half of Canada are in the tundra biome. Tundra is also found at the tops of very high mountains elsewhere in the world. Temperatures are frequently extremely cold, but can get warm in the summers.

Tundra winters are long, dark, and cold, with mean temperatures below 0°C for six to 10 months of the year. The temperatures are so cold that there is a layer of permanently frozen ground below the surface, called permafrost. This permafrost is a defining characteristic of the tundra biome. In the tundra summers, the top layer of soil thaws only a few inches down, providing a growing surface for the roots of vegetation.

Precipitation in the tundra totals 150 to 250 mm a year, including melted snow. That's less than most of the world's greatest deserts! Still, the tundra is usually a wet place because the low temperatures cause evaporation of water to be slow. Much of the arctic has rain and fog in the summers, and water gathers in bogs and ponds.

Vegetation in the tundra has adapted to the cold and the short growing season. Mosses, sedges, and lichens are common, while few trees grow in the tundra. The trees that do manage to grow stay close to the ground so they are insulated by snow during the cold winters.