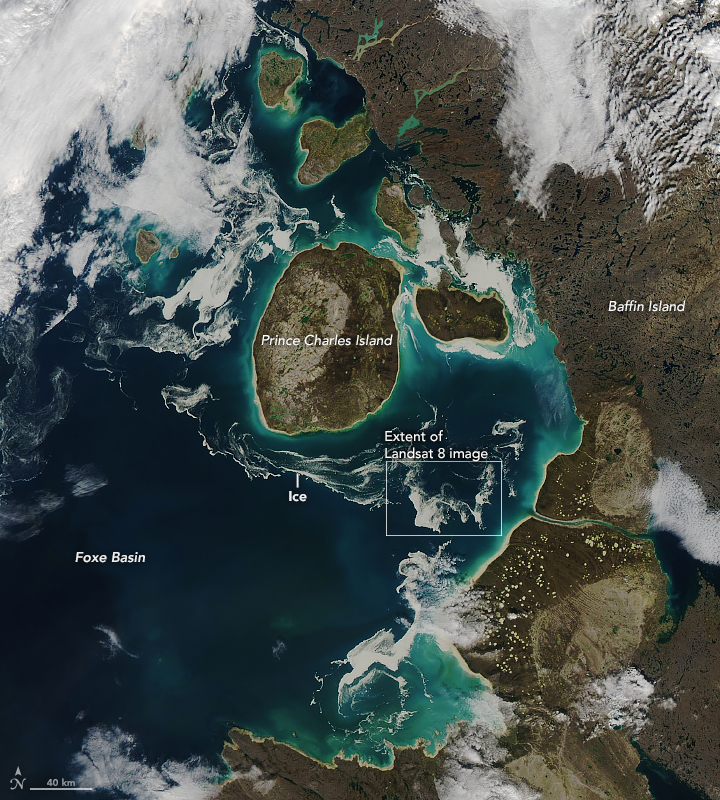 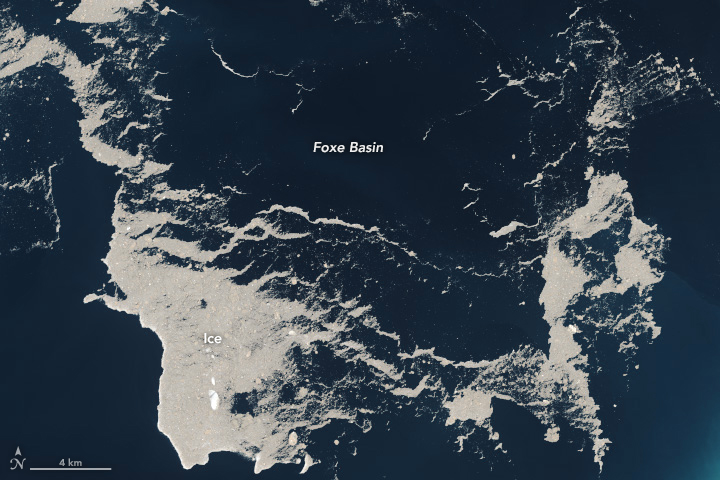 Throughout most of the year, the waters of Foxe Basin are choked with sea ice. By the end of summer, however, open water typically dominates this part of the Canadian Arctic. That was the case when these images were acquired in September 2018, as small patches of ice lingered in the northern reaches of Hudson Bay around Prince Charles Island and Baffin Island.

The wide view (top) was acquired by the Moderate Resolution Imaging Spectroradiometer (MODIS) on the Aqua satellite on September 3, 2018. The Operational Land Imager (OLI) on Landsat 8 acquired the detailed view (bottom) on September 2. Notice in the wide view that the clouds appear whiter than the ice. The detailed image shows an even better view of this discoloration.

There are a number of reasons why ice can take on a brown tinge. Particles from natural and human sources—such as aerosols from industrial plants and ship emissions, or mineral dust from land—can blow in. Smoke particles from fires—such as those burning in Siberia in early July—also stream over the sea ice in the Arctic Ocean. If these particles settle onto the ice, they can darken the surface and increase melting.

Airborne sources, however, are probably not the reason for the brown ice in these images. The Foxe Basin is known for sea ice that gets stained brown by sediment from the surrounding land or from the shallow seafloor. Check out this image from 2012 when seasonal melting started earlier than usual, and pockmarked brown ice prevailed in July. Another image from August 2016 shows a similar view. Greg McCullough of the University of Manitoba points out that some of the color could also be caused by algae, which can grow under the ice and wash up onto the surface during a storm.

Tidal currents and winds can move the sea ice around and organize it into various patterns and tendrils. According to Jennifer Lukovich, also of the University of Manitoba, the sea ice in this image shows a signature of cyclonic sea ice circulation southwest of Prince Charles Island.

Sea ice that has been tinged brown is common in this part of the Canadian Arctic. 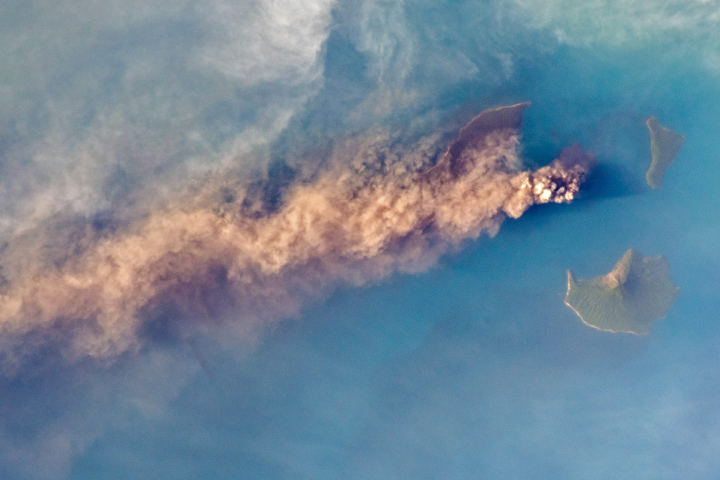 Sea ice from the Foxe Basin tends to be rougher and more stained than other parts of the Arctic.