Located at the southeastern tip of the Korean Peninsula, the Port of Busan has been a trading hub since at least the 15th century. Situated at the mouth of the Nakdong River in a deep, well-sheltered bay facing Japan’s Tsushima Island, Busan became Korea’s first international port when it was opened to the Japanese in 1876 and to foreign trade in 1883.

Today it is among the ten busiest container ports in the world. In 2017, Busan processed more than 20 million TEUS (twenty-foot equivalents, a measure used to estimate the capacity of container ships). The port handles roughly 80 percent of South Korea’s container cargo.

Both the port and the surrounding landscape has changed markedly in recent decades. The right image above was acquired by the Thematic Mapper on Landsat 5 in 1988; the left image, from the Operational Land Imager (OLI) on Landsat 8, shows the same area in 2017.

In 1988, the main port infrastructure was directly north of Yeong Island, in an area known as North Port. South Port, widely used by fisherman, operated west of the island. By 2018, new high-tech container terminals (including Gamman) had opened northeast of the island. Farther to the west, the establishment of Gamcheon and Dadaepo ports significantly changed the coastline. However, the most striking addition is Busan New Port—a 9 square kilometer (3 square mile) port and distribution center built with reclaimed land near Gadeok Island.

Other aspects of the landscape have changed as well. The three large barrier islands at the mouth of Nakdong River have shifted positions and appear to have grown slightly larger. Meanwhile, development has intensified east of the river, filling in some areas around the airport. In the sea, several rows of seaweed farming operations are visible south of the barrier islands. 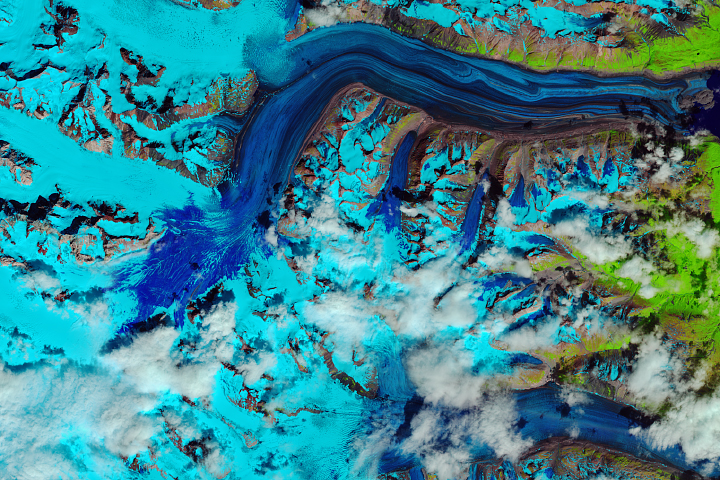 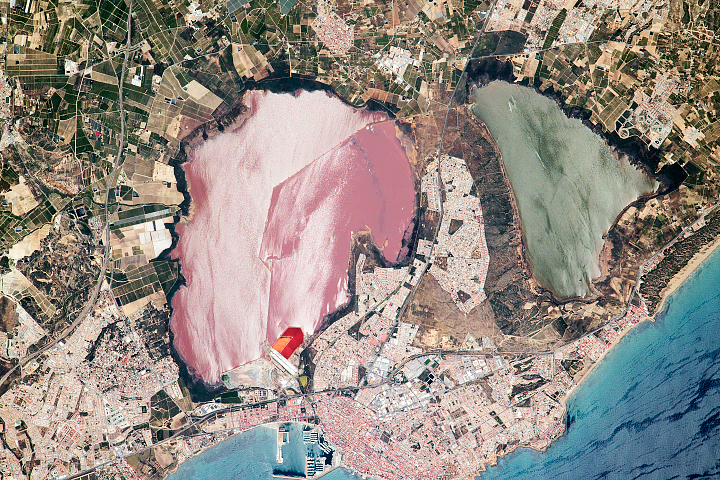