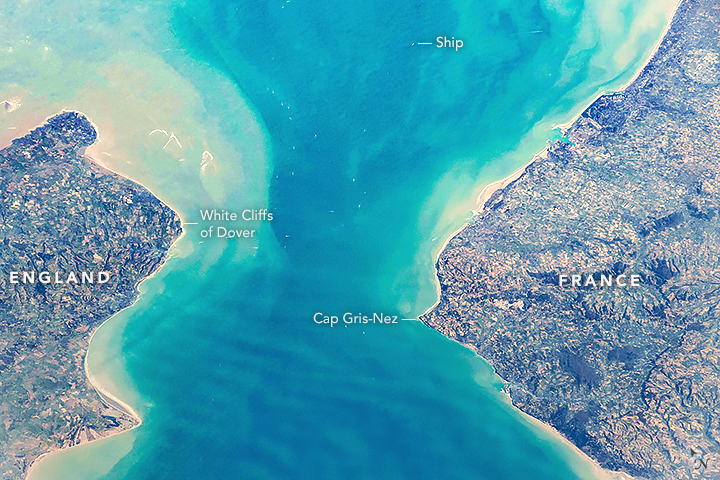 An astronaut aboard the International Space Station shot this photograph of the Strait of Dover, the narrowest part of the English Channel.

Over the years, adventurous swimmers have attempted to swim the 35-kilometers (21 miles) from Dover, England, to the French coastline at Cap Gris-Nez. Swimmers commonly follow a curved path due to tidal currents, making the actual route longer than the projected straight-line distance between the coasts. This challenge can take swimmers 7 to 20 hours to complete one-way, and few have chosen to swim back.

Dover is famous for its White Cliffs, a section of coastline with abrupt cliffs made of a stark white chalk. The same geologic formation is found across the channel at Cap Blanc-Nez, indicating that the land surface between the two coasts was once continuous. Erosion of this surface over hundreds of thousands of years, followed by rising sea levels in the past 10,000 years, created the English Channel.

Beneath the Strait of Dover, the undersea Channel Tunnel allows trains and cars to quickly travel from southern England to northern France. This helps decrease maritime traffic, as more than 400 commercial vessels cross the Strait daily. Dozens of ships are visible in this photograph.

Astronaut photograph ISS054-E-53958 was acquired on February 24, 2018, with a Nikon D5 digital camera using a 200 millimeter lens and is provided by the ISS Crew Earth Observations Facility and the Earth Science and Remote Sensing Unit, Johnson Space Center. The image was taken by a member of the Expedition 54 crew. The image has been cropped and enhanced to improve contrast, and lens artifacts have been removed. The International Space Station Program supports the laboratory as part of the ISS National Lab to help astronauts take pictures of Earth that will be of the greatest value to scientists and the public, and to make those images freely available on the Internet. Additional images taken by astronauts and cosmonauts can be viewed at the NASA/JSC Gateway to Astronaut Photography of Earth. Caption by Andrea Meado, Jacobs Technology, JETS Contract at NASA-JSC.

Ships, trains, cars, and swimmers crowd this crossing between Britain and France. 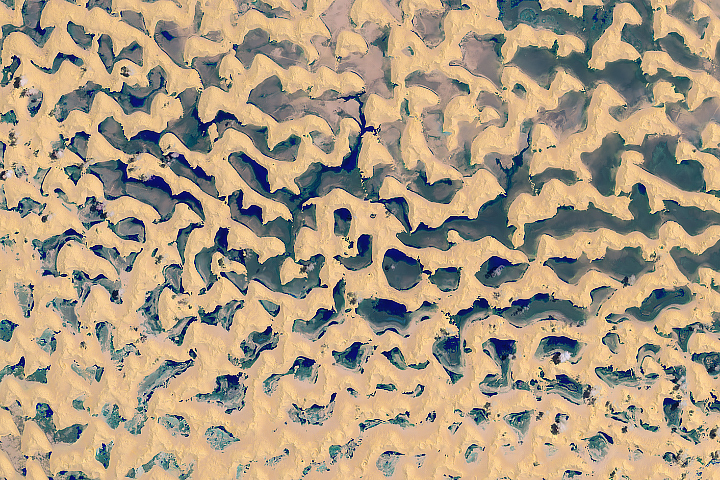 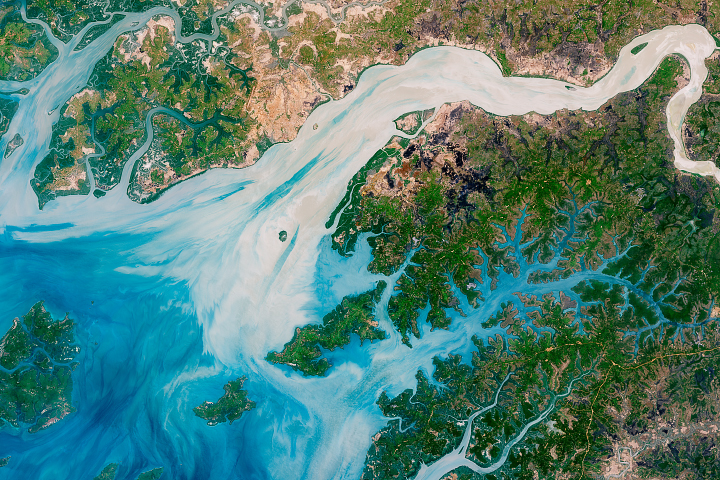 The Strait of Dover 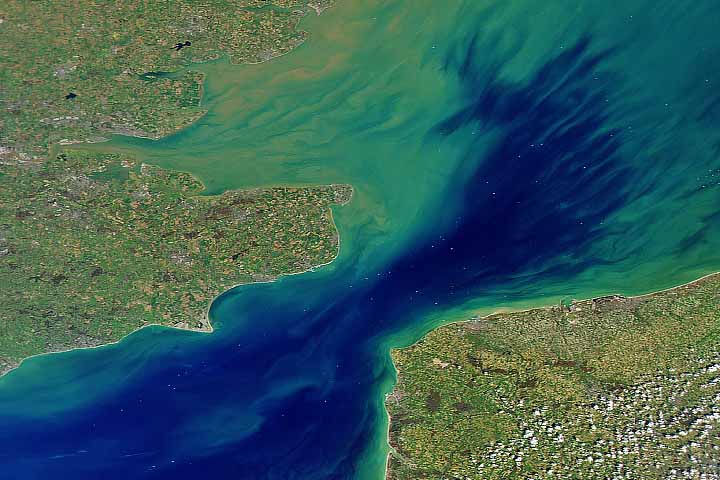 A nanosatellite gets a bird’s view of sediment and plankton near the Strait of Dover.

Strait of Tiran, Red Sea and Gulf of Aqaba

The narrow strait between Egypt’s Sinai Peninsula and Saudi Arabia is an important passage for ships trying to reach Israel and Jordan.