A Clear View of Scottish Highlands 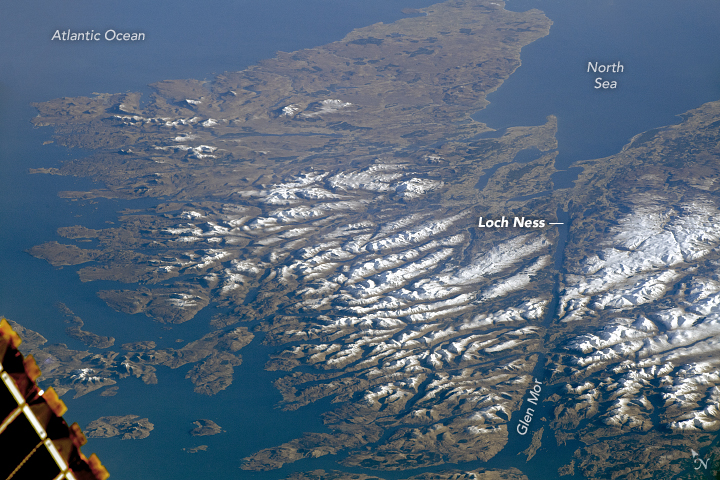 Looking out from a window on the International Space Station, an astronaut captured this rare photograph of the Scottish Highlands. Cloud-covered skies are common for the region and typically prevent landscape photography from space, especially during the winter months (when this image was taken).

The topography of the Scottish Highlands is the result of geological processes spanning billions of years. The snow-capped mountains north of Glen Mor include some of the oldest rocks in Europe, and they were subsequently rearranged by tectonic forces hundreds of millions of years ago. The rocky landscape also shows signs of reshaping by flowing glaciers during the most recent Ice Ages.

Also known as the “Great Valley” or “Great Glen,” Glen Mor is a fault zone marked by numerous elongated lakes (or lochs), one of which is the famous Loch Ness. In the early 2000s, locals built a pathway through the area—the Great Glen Way—for walkers and cyclists.

Astronaut photograph ISS054-E-54109 was acquired on February 25, 2018, with a Nikon D5 digital camera using a 290 millimeter lens, and is provided by the ISS Crew Earth Observations Facility and the Earth Science and Remote Sensing Unit, Johnson Space Center. The image was taken by a member of the Expedition 54 crew. The image has been cropped and enhanced to improve contrast, and lens artifacts have been removed. The International Space Station Program supports the laboratory as part of the ISS National Lab to help astronauts take pictures of Earth that will be of the greatest value to scientists and the public, and to make those images freely available on the Internet. Additional images taken by astronauts and cosmonauts can be viewed at the NASA/JSC Gateway to Astronaut Photography of Earth. Caption by Andi Hollier, Hx5, JETS Contract at NASA-JSC.

Astronauts had a rare chance to view a rocky landscape that is often shrouded in clouds. 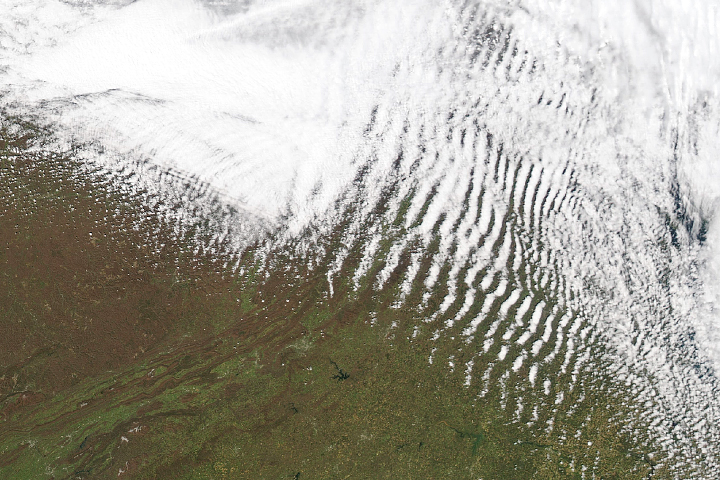 Taking advantage of remarkably fair weather over north central Europe for this time of year, an astronaut captured this panoramic view of Denmark.

The lake is one of hundreds on the Tibetan Plateau. 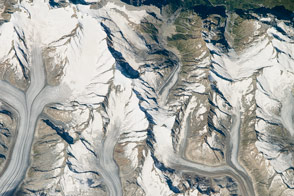 Great Aletsch in Switzerland is the largest glacier in Europe.

This detailed image of Everest, the highest (29,035 feet, 8850 meters) mountain in the world, shows early morning light on the eastern Kangshung Face. The mountains appear to jump out of the picture because the image was taken with low sunlight using an electronic still camera equipped with an 800 mm lens.