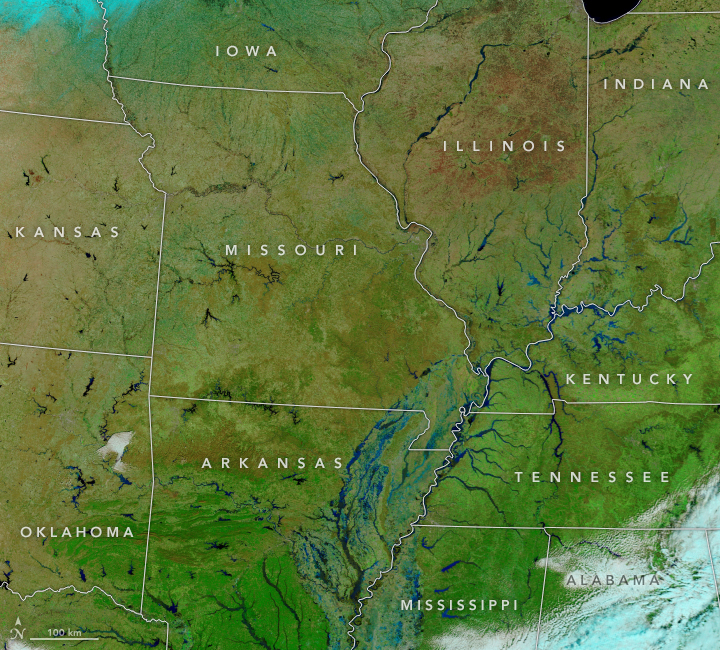 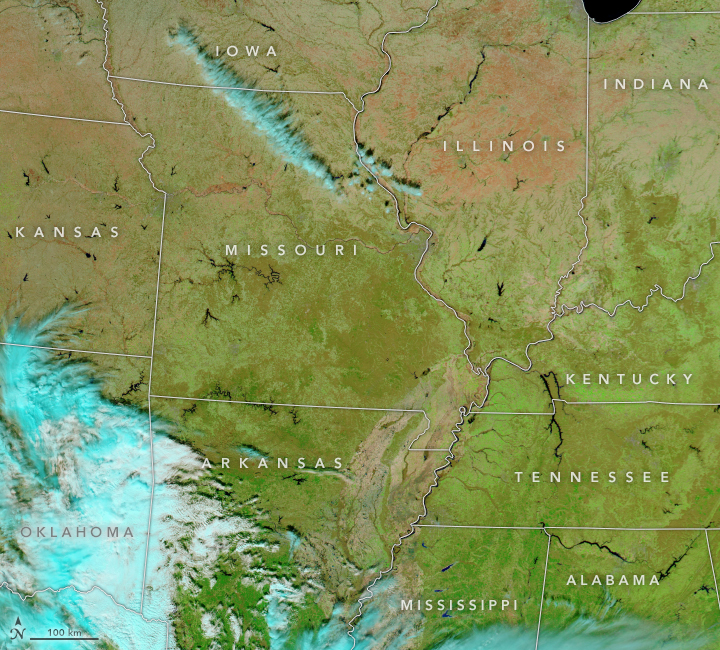 In late February 2018, heavy rains led to damaging floods along rivers in the central and southern United States. According to news reports, flooding along the Ohio River was the worst it has been in two decades.

The flooding is visible in an image (top) acquired on February 26, 2018, by the Moderate Resolution Imaging Spectroradiometer (MODIS) on NASA’s Terra satellite. For comparison, the second image shows the same area on February 17, 2017, as observed by MODIS on NASA’s Aqua satellite. The images are false-color, using a combination of visible and shortwave infrared light (bands 7-2-1) to distinguish areas of flooding. Turn on the image comparison tool to see where areas of land (green and brown) have become inundated by flood water (black and dark blue).

At the head of the Ohio River in Pittsburgh, new storms drenched an area that has already seen plenty of rain this winter, according to news reports. In Cincinnati, the river reached 2.6 meters (8.53 feet) above flood stage—the highest in since 1997.

Flooding continued downriver to the confluence with the Mississippi River and toward the middle and lower reaches of the river. Some already-saturated states, including Arkansas and Mississippi, may get more rain when another storm system passes through this week.

Flooding Along the Ohio River

Heavy rainfall and melting snow, plus some ice jams, raised rivers to their highest stages in nearly 20 years.

Flooding along the Mississippi River