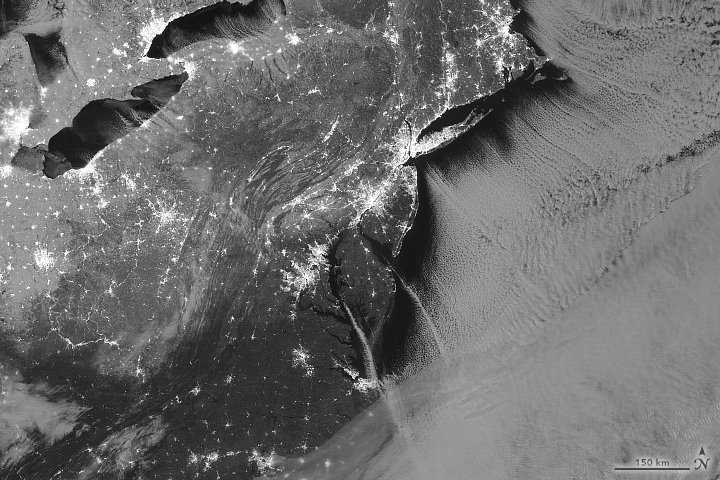 One of the first images acquired by the Suomi NPP satellite in 2018 was this clear nighttime view of the northeastern United States. On a frigid night lit by a nearly full Moon, city lights shone brightly amidst the snow-covered landscape.

With temperatures of 9 degrees Fahrenheit (-13 degrees Celsius) in New York City, the 2018 New Year’s Eve celebration at Times Square was the second coldest on record.

The image above was acquired by the VIIRS “day-night band,” a sensor that detects light signals in a range of wavelengths from green to near-infrared, and uses filtering techniques to observe signals such as city lights, auroras, wildfires, and reflected moonlight.