Fires and Fall in Russia 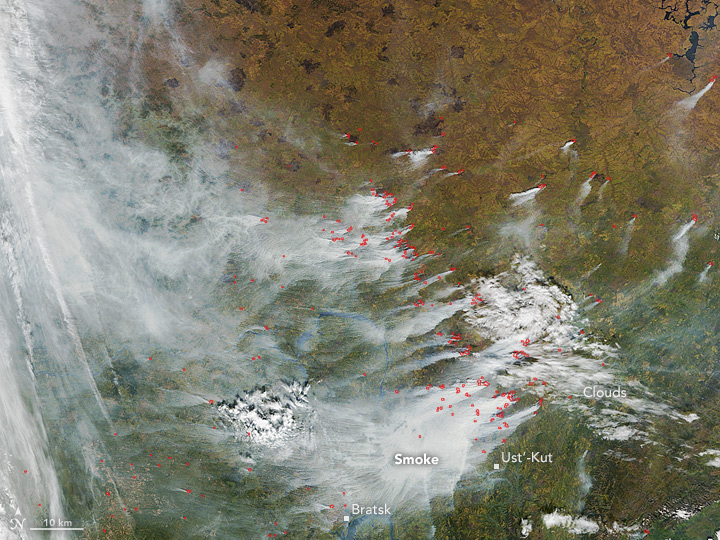 Wildfires continue to burn, even as summer turns to fall in Siberia. 2016 has been active for fires in the region.

These fires are the latest in an active fire season. In late June 2016, satellites showed wildfires between the Russian cities of Miryuga and Koyumba, roughly 100 miles (160 kilometers) east of the current flames.

Summer days are fast waning in Siberia. Nighttime temperatures in the region have dropped to around 1.6 degrees Celsius (35 degrees Fahrenheit). The fall cooling appears in the landscape, which has turned yellow as the trees begin to change color.

Wildfires continue to burn, even as summer turns to fall in Siberia. 2016 has been active for fires in the region.

Wildfires burned across Russia amid an active 2016 fire season. 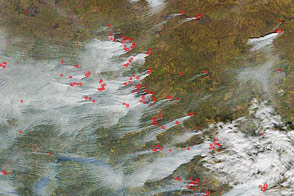 Smoke and Fires in Central Russia

Aerosols from the smoky blazes rose as high at 9 kilometers into the atmosphere. 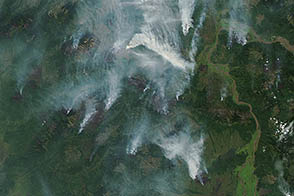 Dozens of fires raged in the southern part of the Siberian region.