Coastlines are usually the best indicators for astronauts about which part of the world they are looking at from the windows of the International Space Station. In this photograph, coastal lagoons with numerous rounded islands are typical of the Indian Ocean coastline of Western Australia. These shapes contrast with the angular, white ponds of the salt extraction industry. Low causeways prevent muddy, red-brown inland water (a product of recent rains) from mixing with darker, clearer water near the coast.

This stretch of Australian coast is noted for its tropical climate and its remoteness. The area has experienced more direct hits by cyclones than any other place on the Western Australia’s coastline. The repeated hits almost resulted in a decision to permanently evacuate the small town of Onslow (just outside the image).

The pearling industry was once active in this region. Meanwhile, the Monte Bello islands offshore (just to the north of the image) are guarded as defunct sites of atomic bomb tests.

Astronaut photograph ISS044-E-000868 was acquired on June 6, 2015, with a Nikon D4 digital camera using an 1150 millimeter lens, and is provided by the ISS Crew Earth Observations Facility and the Earth Science and Remote Sensing Unit, Johnson Space Center. The image was taken by a member of the Expedition 44 crew. The image has been cropped and enhanced to improve contrast, and lens artifacts have been removed. The International Space Station Program supports the laboratory as part of the ISS National Lab to help astronauts take pictures of Earth that will be of the greatest value to scientists and the public, and to make those images freely available on the Internet. Additional images taken by astronauts and cosmonauts can be viewed at the NASA/JSC Gateway to Astronaut Photography of Earth. Caption by M. Justin Wilkinson, Texas State University, Jacobs Contract at NASA-JSC.

This stretch of Australian coast is noted for its tropical climate and its remoteness. 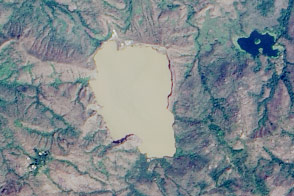 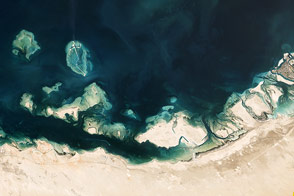 Mangroves, Domes, and Flats on the UAE Coast

The United Arab Emirates coast is home to complex assortment of natural features. 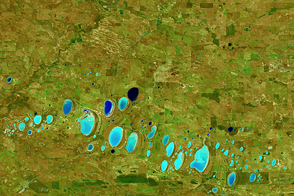 Many of the salt lakes in Western Australia are found along the valleys of ancient river systems that no longer flow. 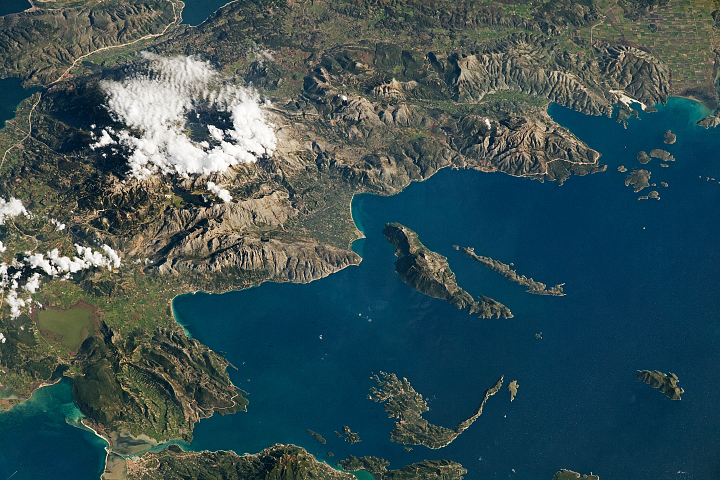 Rugged mountains and islands stand out in this tectonically active region.