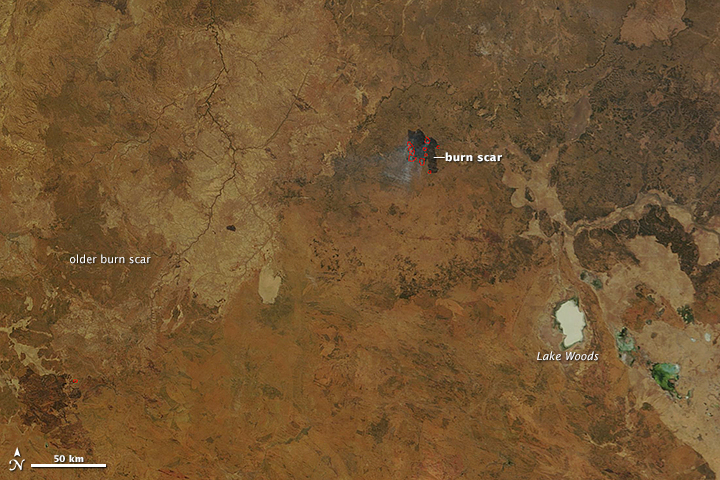 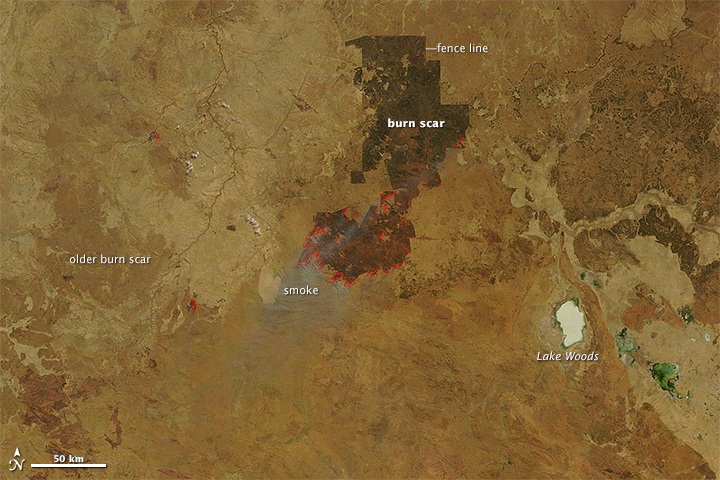 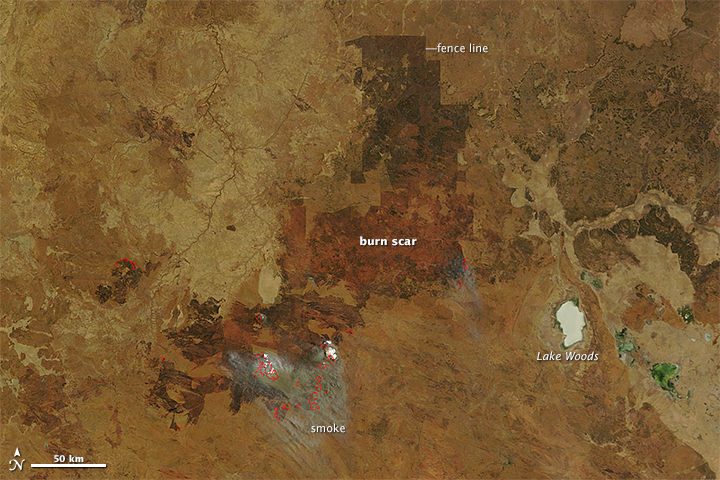 The intense bushfires that strike southern Australia in the summer usually attract the most headlines, but the country’s largest and most frequent blazes actually occur in northern Australia in the spring. In fact, in terms of sheer area burned, satellite observations show that over 98 percent of large fires in Australia occur well outside of densely populated southeastern and southwestern parts of the country.

A fire that began burning in Northern Territory on September 10, 2014, offers a prime example of just how expansive fires from this part of the continent can become. After racing through grasslands for just a few weeks, the fire had charred an area about the size of Massachusetts by October 8, 2014.

The fire burned in enclosed pastureland for the first few weeks and then transitioned into desert grasslands to the south. “When you look at the October 7 image, notice that the northern part of the burn scar has edges that appear to follow block fence lines or some other barrier,” explained Rick McRae, a risk analyst for the Australian Capital Territory Emergency Services Agency. “But then in the southern part of the scar, you see a distinct change in land cover. You also start to see less regular ‘fractal’ boundaries showing where, each day, there were breakaways driven by prevailing winds.” Since the southern part of the scar is in a desert grassland as opposed to pastureland, the fire had an opportunity to burn naturally in that area, according to McRae.

A grass fire burning in Australia’s Northern Territory charred an area as large as Massachusetts in October 2014.

As is common during the dry season, satellites detected many fires in Northern Territory.

Though fires are larger and more frequent at the end of the dry season, several fires burned in Western Australia and Northern Territory in April 2015.