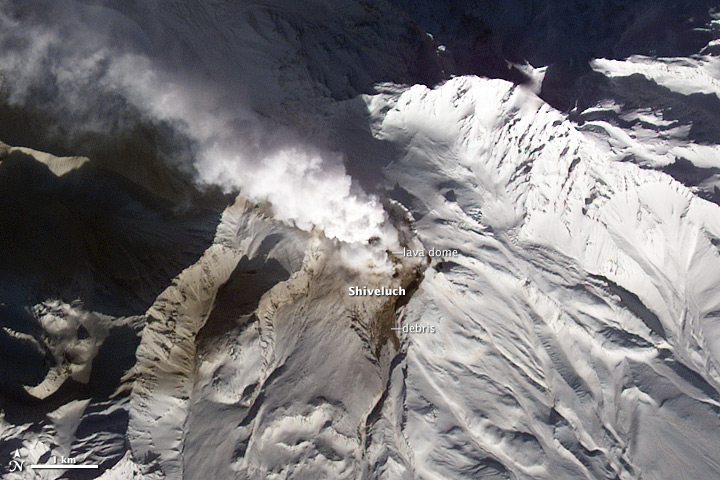 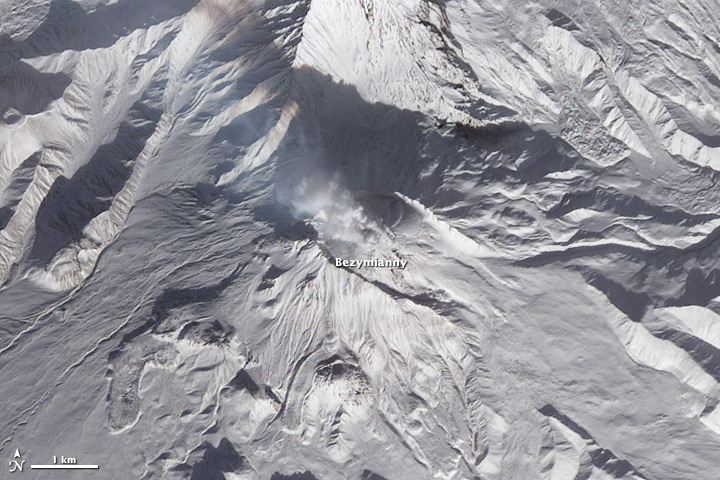 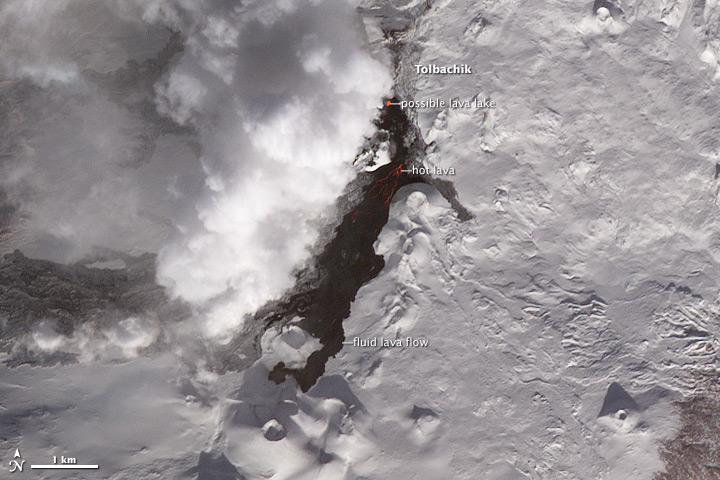 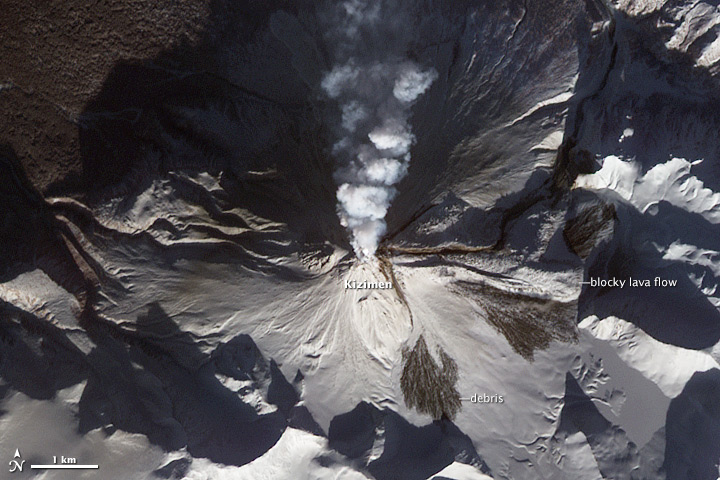 Russia’s Kamchatka Peninsula has the highest concentration of active volcanoes on Earth. Separated by only 180 kilometers (110 miles), Shiveluch, Bezymianny, Tolbachik, and Kizimen were all erupting simultaneously on January 11, 2013.

The activity of these four volcanoes was captured during a single orbit by the Advanced Spaceborne Thermal Emission and Reflection Radiometer on NASA’s Terra satellite. The four false-color (near infrared, red, and green) images above show Shiveluch, Bezymianny, Plotsky-Tolbachik, and Kizimen in detail.

The Shiveluch and Bezymianny eruptions are both characterized by growing lava domes—thick, pasty lava that forms a mound as it is extruded.

Tolbachik, one of the few shield volcanoes on Kamchatka, is erupting in a dramatically different manner. The thin, runny lava flows easily, forming low and broad flows similar to those in Hawai’i. In this image, the lava remains hot enough to glow in near-infrared light.

Kizimen’s lava is not as viscous as that at Shiveluch and Bezymianny, but not as fluid as Tolbachik’s. The intermediate lava forms thick, blocky flows bordered by tall levees. Rocks and ash frequently fall from Kizimen’s summit and the fresh lava flow on its eastern flank, creating dark, fan-shaped debris deposits.

The eruption of Russia’s Tolbachik Volcano appeared to falter by September 2013. 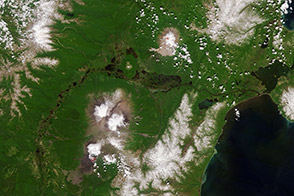 A NASA satellite detected heat signatures from 3 of the 5 active volcanoes on the Russian Peninsula.

Four of the volcanoes erupting on Russia’s Kamchatka Peninsula are visible in one satellite image.

Five Volcanoes Erupting at Once

Russia’s Kamchatka Peninsula may be the fieriest place on Earth.