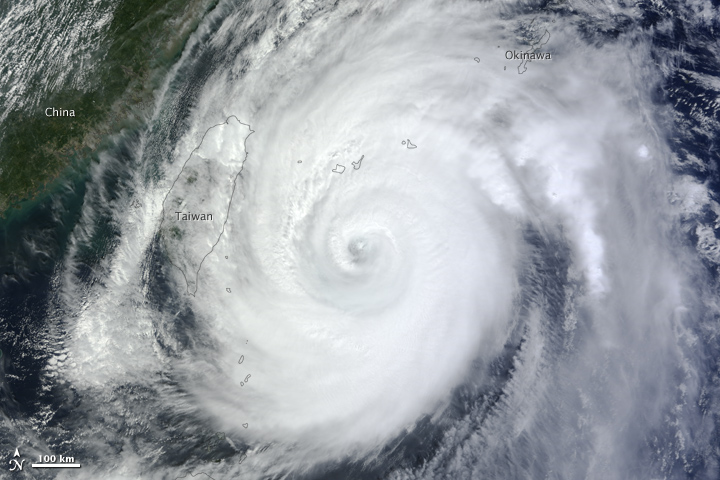 The Moderate Resolution Imaging Spectroradiometer (MODIS) on NASA’s Terra satellite captured this image of Jelawat on September 28, 2012. The typhoon brushed within 200 miles of the coast of Taiwan, but did not inflict significant damage.

Jelawat formed on September 20 and reached “super typhoon” status—maximum sustained winds above 240 kilometers (150 miles) per hour—by September 24. University of Miami meteorologist Brian McNoldy wrote: “Jelawat became the second super typhoon to pass over the region in two weeks: Sanba was just there on September 13-14. While the western Pacific is no stranger to frequent typhoons, it is quite rare to have two consecutive super typhoons.”

The typhoon has weakened as it has moved northward, but it still poses a formidable threat to island and coastal communities. 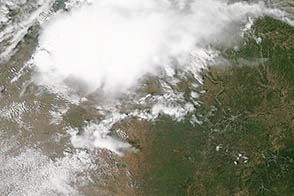