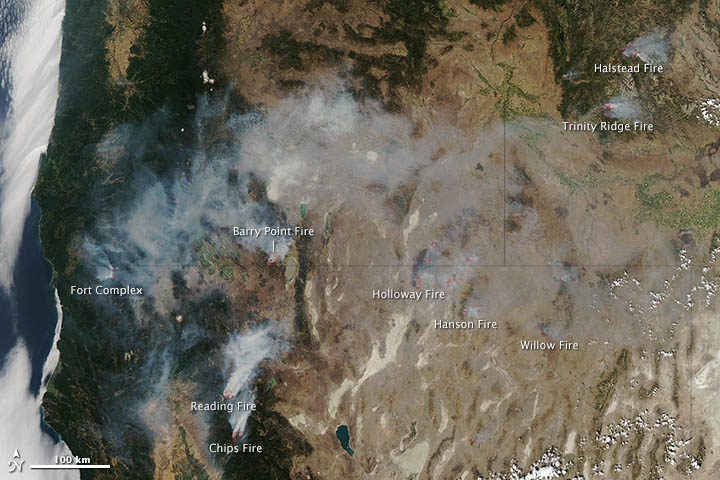 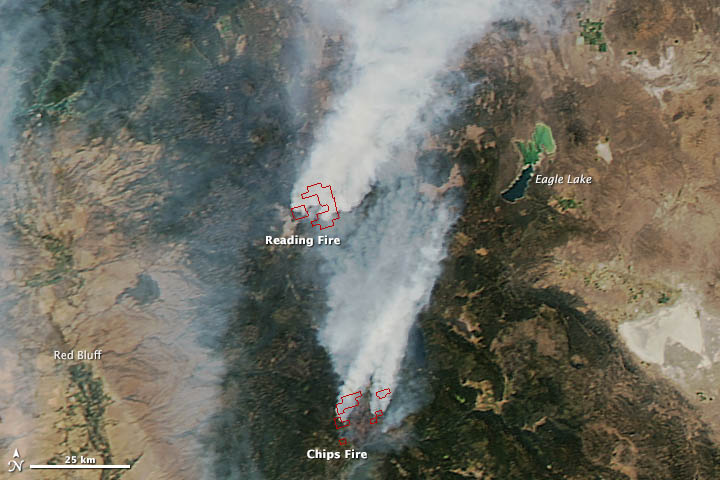 Wildfires raged across Colorado earlier this summer. Now California, Idaho, Nevada, and Oregon are feeling the heat. On August 14, 2012, numerous fires blazed across the four western states, burning through everything from sagebrush to grass to beetle-killed lodgepole pine forests.

In northern Nevada, the Holloway, Hansen, and Willow fires burned through grass, brush, and sagebrush. The Holloway fire was the largest and had burned 676 square miles by August 14. The Willow and Hanson fires had burned 67 square miles and 20 square miles respectively. All three were ignited by lightning on August 5.

According to statistics compiled by the National Interagency Fire Center, a total of 9,400 square miles had burned in the United States through August 14. That was above the ten-year average for that date, which was 7,750 square miles. 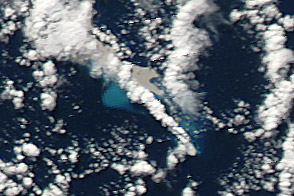 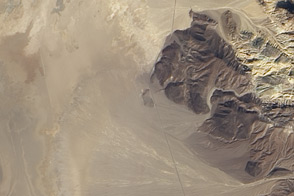 Only 10 percent contained, Arizona’s Wallow Fire became the largest fire in the state history on June 13 when this image was taken.

The Whitewater-Baldy wildfire is the largest on record in New Mexico.