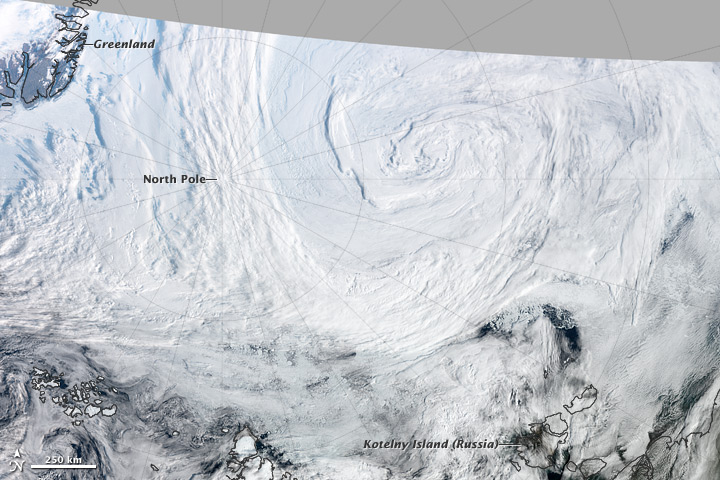 An unusually large, long-lasting, and powerful cyclone was churning over the Arctic in early August 2012. Two smaller systems merged on August 5 to form the storm, which at the time occupied much of the Beaufort-Chukchi Sea and Canadian Basin. On average, Arctic cyclones last about 40 hours; as of August 9, 2012, this storm had lasted more than five days.

The Visible Infrared Imaging Radiometer Suite (VIIRS) on Suomi NPP captured this view of the storm on August 7, 2012. The Moderate Resolution Imaging Spectroradiometer (MODIS) aboard Aqua captured a natural-color image of the storm as well.

Arctic cyclones are more common during the summer than winter; however, summer cyclones tend to be weaker than the storms that batter the region during the winter. This cyclone’s central sea level pressure reached about 964 millibars on August 6, 2012—a number more typical of a winter cyclone. That pressure puts it within the lowest 3 percent of all minimum daily sea level pressures recorded north of 70 degrees latitude, noted Stephen Vavrus, an atmospheric scientist based at the University of Wisconsin.

The number of cyclones affecting the Arctic appears to be increasing. According to a study of long-term Arctic cyclone trends authored by a team led by John Walsh and Xiangdong Zhang of the University of Alaska Fairbanks, the number and intensity of Arctic cyclones has increased during the second half of the twentieth century, particularly during the summer.

The cause of the increase is an open question, but climate change may be affecting Arctic cyclones. One study published in Atmospheric and Oceanic Science Letters, concluded that the total number of exratropical cyclones in the Northern Hemisphere would decline as the climate changed, but that the Arctic Ocean and adjacent areas would see slightly more and stronger summer storms.

One way climate change may affect Arctic cyclones is by changing the sea ice and ocean temperature. Climate change has caused sea ice to retreat markedly in recent decades and has also warmed Arctic Ocean temperatures. Such changes may be providing more energy and moisture to support cyclone development and persistence, Zhang explained.

However, scientists who study extratropical storms emphasize that pinning down how exactly climate change is affecting the size, frequency, or tracks of Arctic storms remains an important but unresolved question. “This past week’s storm was exceptional, and the occurrence of Arctic storms of extreme intensity is a topic deserving closer investigation,” noted Walsh. “With reduced ice cover and warmer sea surfaces, the occurrence of more intense storms is certainly a plausible scenario. The limitation at present is the small sample size of exceptional events, but that may change in the future.” 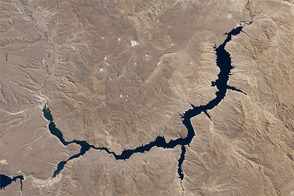 An unusually strong summer cyclone formed in the Arctic in August of 2012. 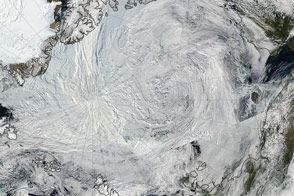