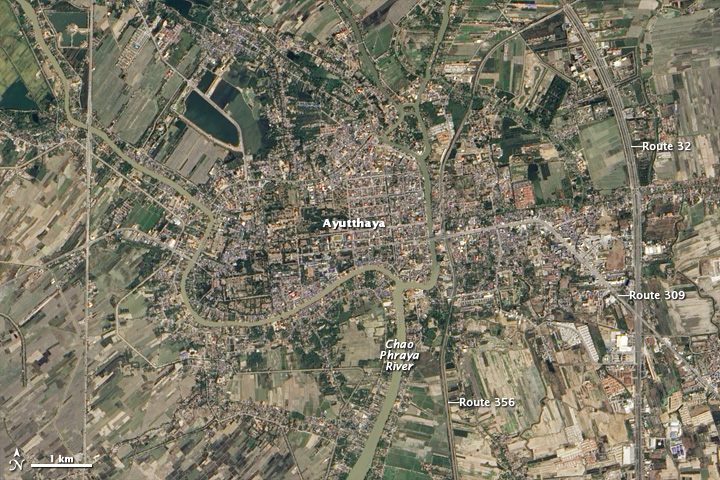 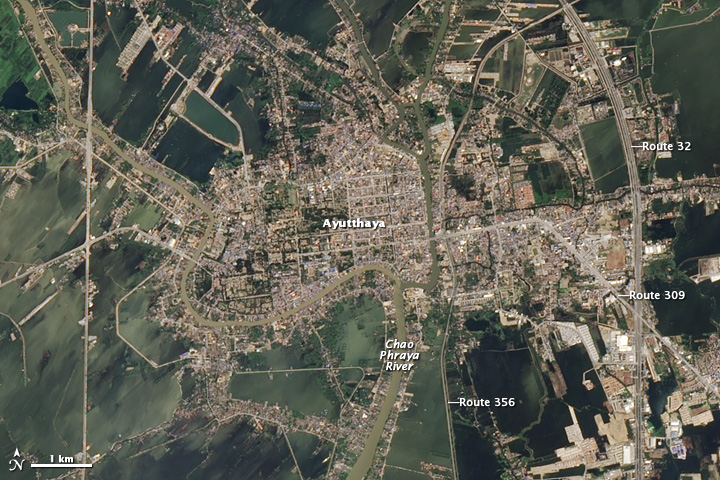 In December 2011, dark brown-green floodwater surrounds the city, obscuring boundaries between agricultural fields. In January, the patchwork of fields has emerged, especially south of the city. Although considerably more flooded than in January, Ayutthaya does show better conditions in December 2011 than in November, when the city was just starting to dry out.

Located along the banks of the Chao Phraya River north of Bangkok, Ayutthaya is a United Nations Educational, Scientific and Cultural Organization (UNESCO) World Heritage site. The city was founded in the fourteenth century, and is now attracts many tourists.