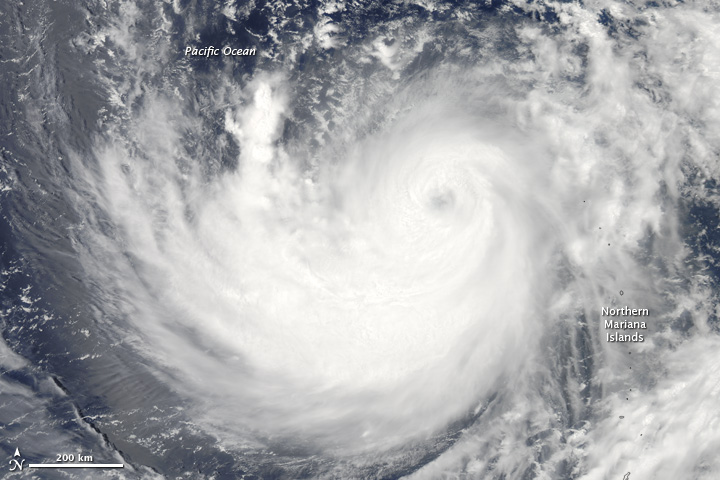 In mid-July 2011, the eighth tropical storm of the Pacific storm season rapidly intensified and was officially declared Typhoon Ma-on. Bands of the typhoon sent soaking rain across Guam, the Mariana Islands, and other tropical Pacific locations. The storm appeared to be headed toward Okinawa and then the disaster-ravaged Japanese mainland, forecasts suggested.

Forecasters from the U.S. Joint Typhoon Warning Center (JTWC) indicated a landfall in Japan was possible on July 19 or 20, based on current estimates of conditions. JTWC cautioned that the storm is not likely to weaken until it makes landfall or moves into higher latitudes.

On July 15, 2011, the MODIS instrument on NASA's Aqua satellite captured this view of Typhoon Ma-on.

Typhoon Ma-on developed near the Northern Mariana Islands in the western Pacific on July 11, 2011. 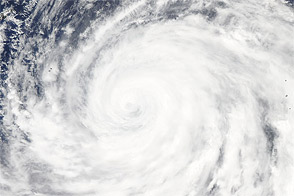 Acquired May 25, 2012, this natural-color image shows Typhoon Sanvu over the western Pacific Ocean.

The potent category 3 typhoon headed for southern Japan in the early afternoon of July 8.