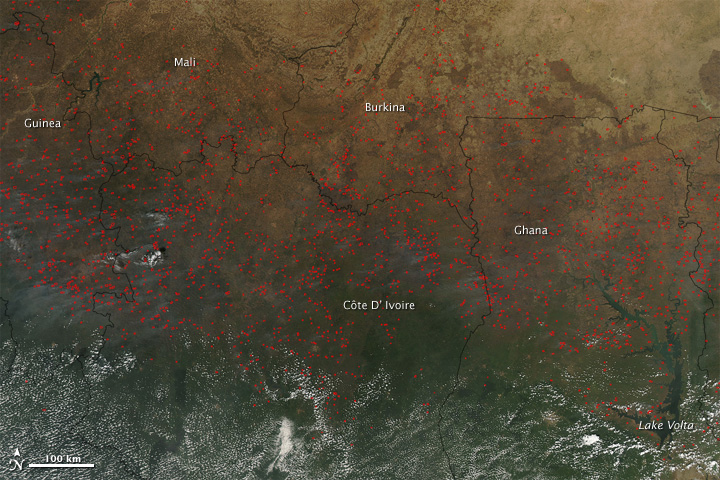 Hundreds of fires, probably agriculture related, were burning across West Africa in late December 2009. This natural-color image from the Moderate Resolution Imaging Spectroradiometer (MODIS) on NASA’s Aqua satellite from December 26 shows fire locations detected by the sensor marked in red.

Fire has been used to manage agricultural lands in Africa for thousands of years. Prior to the onset of the seasonal rains, people use fire to clear crop residues, burn rubbish, and renew pasture grasses. Although agricultural burning such as this is not necessarily immediately hazardous, it can have a major impact on air quality and human health, climate, and natural resources.

Hundreds of fires, probably related to agriculture, were burning across West Africa on December 26, 2009, when Aqua MODIS captured this image.

Fires in Central and Southern Africa