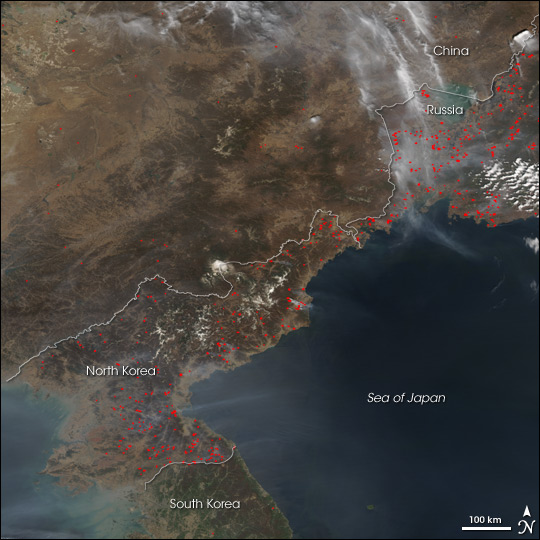 Fires were scattered along the coast of Asia in late April 2007, likely the result of agricultural burning to prepare for the upcoming growing season. This image from the Moderate Resolution Imaging Spectroradiometer (MODIS) on NASA’s Aqua satellite on April 29, 2007, shows locations where the sensor detected actively burning fires marked in red. Fires extend from North Korea up into southeastern Russia. A few fires were also detected in China. Grayish smoke lingers over the coast of North Korea.

You can download a 250-meter-resolution KMZ file of East Asia for use with Google Earth.