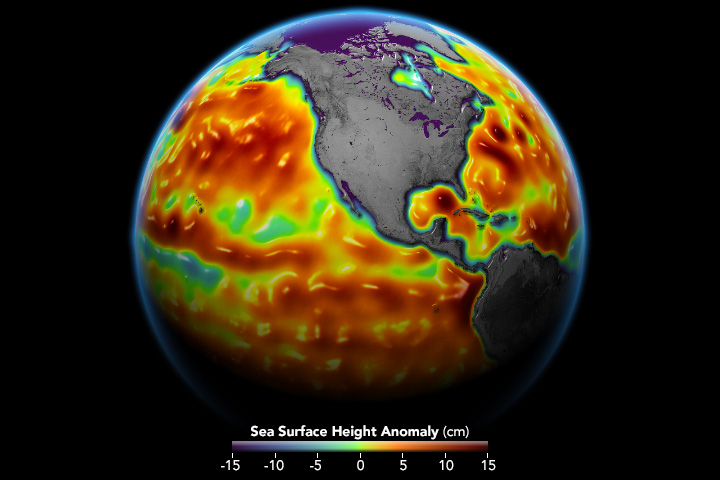 After six months of check-out and calibration in orbit, the Sentinel-6 Michael Freilich mission will make its first two data streams available to the public on June 22, 2021. Launched in November 2020, the satellite is a U.S.–European collaboration to measure sea surface height and other ocean surface features such as wind speed and wave height.

One of the sea surface height data streams that will be released is accurate to within 5.8 centimeters (2.3 inches) and will be available within hours of acquisition by Sentinel-6 Michael Freilich. A second stream of data, accurate to within 3.5 centimeters (1.4 inches), will be released about two days after it is collected. The two different products are meant to balance the need for timeliness in tasks like weather forecasting and the need for more precision in studying longer trends. Other datasets—accurate to about 2.9 centimeters (1.2 inches)—are slated for distribution later in 2021; these are intended for research activities in climate science and global mean sea level rise.

Named after former NASA Earth Science Division director Michael Freilich, the satellite collects measurements over about 90 percent of the world’s oceans. It is one of two satellites in the Copernicus Sentinel-6/Jason-CS (Continuity of Service) mission. The second satellite, Sentinel-6B, is slated for launch in 2025. Together, they are the latest in a series of spacecraft that have been gathering precise ocean height measurements for nearly 30 years.

Shortly after launch, Sentinel-6 Michael Freilich moved into a position trailing the Jason-3 sea level reference satellite by 30 seconds in orbit. Scientists and engineers have since been cross-calibrating the data collected by both satellites to ensure the continuity of measurements between them.

“It is a relief knowing that the satellite is working and that the data look good,” said Josh Willis, project scientist at NASA’s Jet Propulsion Laboratory. “Several months from now, Sentinel-6 Michael Freilich will take over for its predecessor, Jason-3, and this data release is the first step in that process.”

“We have been flying Copernicus Sentinel-6 Michael Freilich on the same orbit as Jason-3 for the past six months so that the satellites have the same view of the ocean,” said Julia Figa Saldana, ocean altimetry program manager at the European Organisation for the Exploitation of Meteorological Satellites of (EUMETSAT). “Experts from around the world have collaborated intensively over the past six months, despite the workplace constraints caused by the coronavirus pandemic, to cross-calibrate their data to ensure accuracy.”

Scientists can use sea surface height data to gauge how fast sea levels are rising around the world. Such measurements can also help forecasters predict things like ocean currents and potential hurricane strength.

More than 90 percent of the heat trapped in the Earth system due to increasing concentrations of greenhouse gases is absorbed by the ocean, and this heat causes seawater to expand. The expansion of seawater accounts for about one third of modern-day sea level rise, while meltwater from glaciers and ice sheets accounts for the rest. The rate at which the oceans are rising has accelerated over the past two decades, and researchers expect it to speed up more in the coming years.

Datasets from the Sentinel-6 Michael Freilich satellite will build upon three decades of sea level measurements. 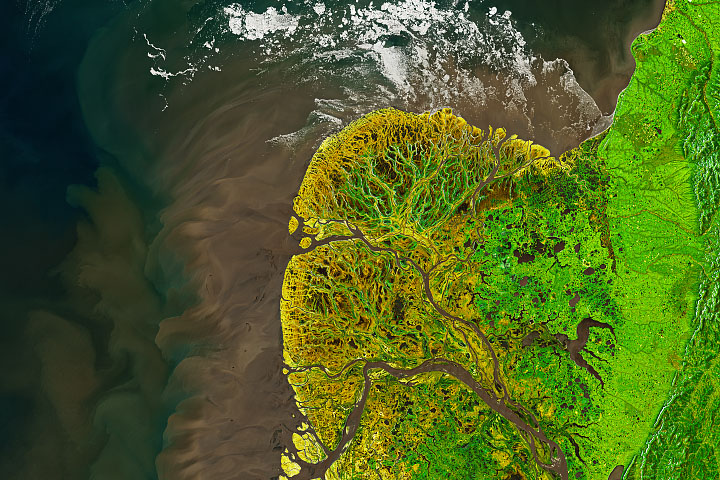