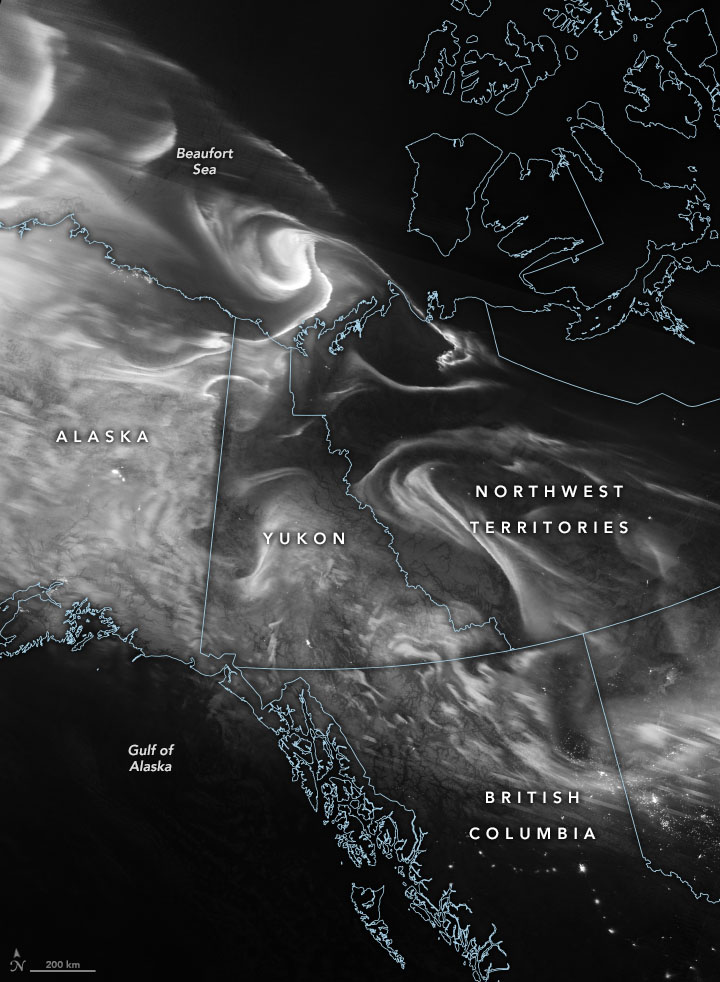 In early February 2021, beautiful auroras appeared to skywatchers in high latitudes and some middle latitudes of Scotland, Canada, Scandinavia, and the United States. Some photographers withstood below-freezing temperatures to capture the dancing lights in the sky.

The image above shows auroras over Alaska and western Canada on February 7, 2021, as acquired by the Visible Infrared Imaging Radiometer Suite (VIIRS) on the Suomi NPP satellite. From the ground, the aurora appeared particularly bright in some regions, as the Moon was passing through its last quarter and shedding less light.

The creation of an aurora starts when the Sun sends a surge of particles and energy—through solar flares, coronal mass ejections, or active solar wind streams—toward Earth. This surge disturbs Earth’s magnetosphere, the region of space protected by the planet’s magnetic field. The solar particles collide with the magnetosphere and compress it, changing the configuration of Earth’s magnetic field lines (such as their shape and direction). Some particles trapped along the magnetic field lines are accelerated into Earth’s upper atmosphere, where they excite nitrogen and oxygen molecules and release photons of light. The result is the dancing northern lights.

This aurora was caused by a coronal hole that rotated into Earth’s strike zone, according to a report by space weather forecaster Tamitha Kov. A coronal hole—which appears as a dark region on the Sun’s surface—is an area of relatively cooler material in the solar atmosphere that is open to interplanetary space, sending material in a high-speed stream. This was the second occurrence of auroral activity in several days. The previous aurora occurred around February 2 from a different coronal hole that rotated towards the Earth. 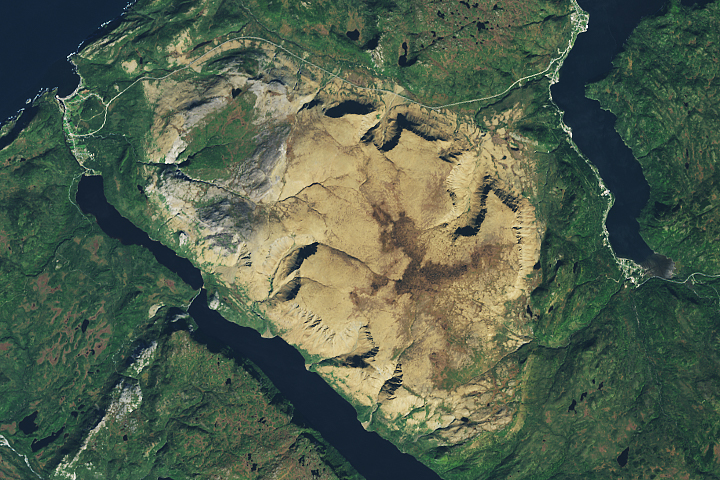 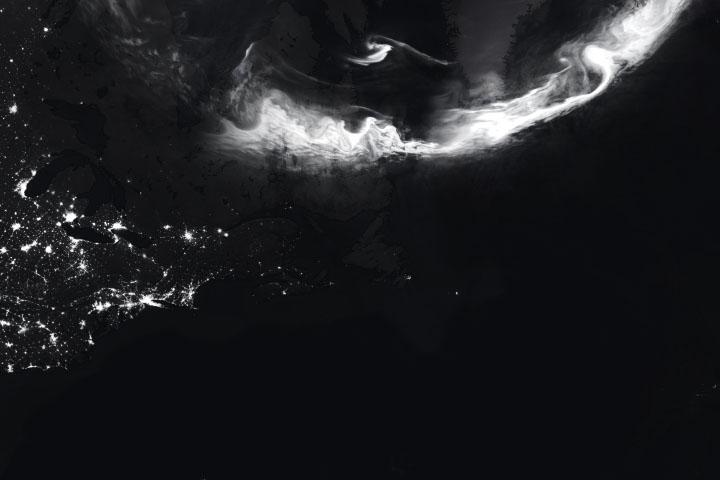 The 25th cycle is underway, and it brings more frequent opportunities to see the northern lights and southern lights.

With multiple storms offshore and smoke streaming over the continent, there has been plenty for satellites and scientists to track in recent days.