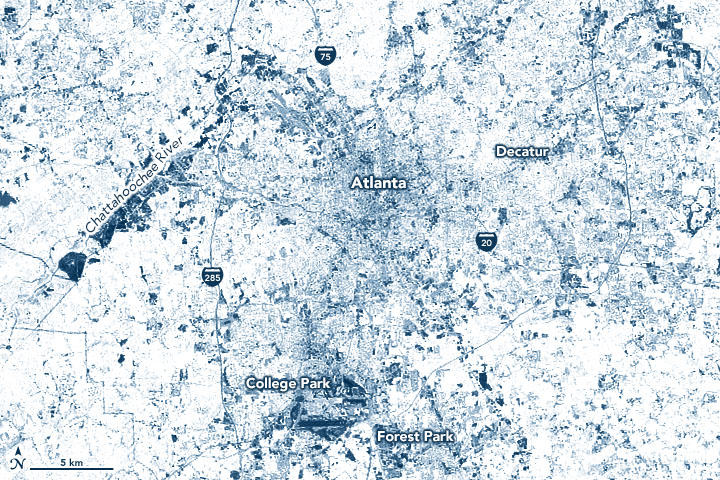 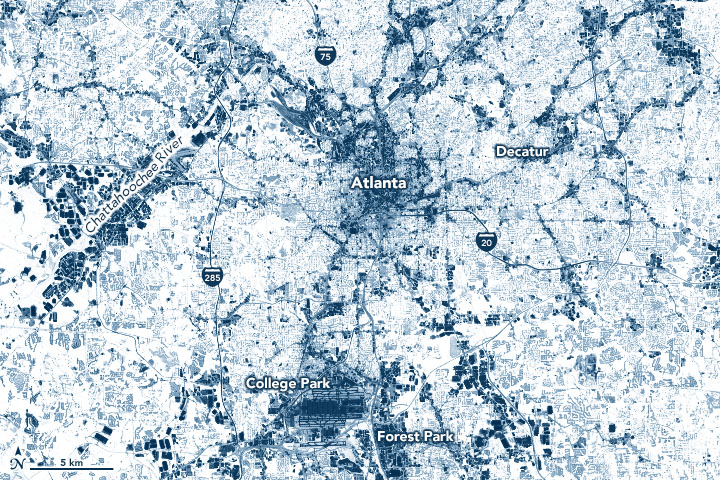 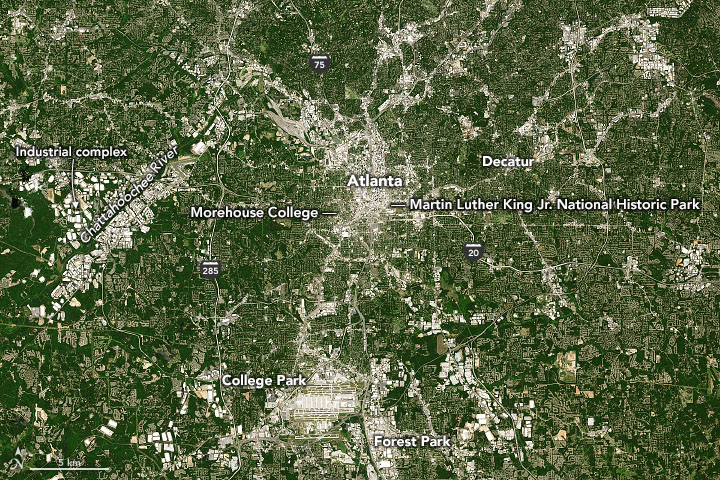 When Michael King Jr. was born on January 15, 1929, in a two-story house in Atlanta, the city had 715,000 residents. (His father changed his son’s name to Martin Luther at age 5.) Today, more than 6 million people live in metro Atlanta, a sprawling urban area that spans several counties. Between 2010 and 2019, that metropolitan area added more than 730,000 people, making it one of the fastest-growing cities in the United States, according to Census Bureau data.

The rapid pace of growth is visible in the false-color images above showing metro Atlanta in spring 1973 (as observed by Landsat 1) and 2020 (Landsat 8). Landsat 1 was equipped with the Multispectral Scanner System (MSS); while versatile, MSS did not acquire imagery across the entire visible spectrum. To be more comparable to the Operational Land Imager (OLI) on Landsat 8, the images were composed of measurements made in green wavelengths. The data has been processed to emphasize the contrast between urban and forested/rural areas. Much of the new development has happened in an extensive network of suburbs and exurbs along highways that are relatively distant from downtown Atlanta. The third image shows the area as it appeared in natural color in May 2020.

As detailed by the Martin Luther King Jr. National Historical Park, segregation was a pervasive feature of the Atlanta of King’s youth. As a boy growing up in the Sweet Auburn neighborhood and as a young man at Morehouse College, King came of age in a world of segregation (Jim Crow) laws that enforced a racial hierarchy. Black people were routinely relegated to the back of streetcars and buses, kept out of bathrooms and other public facilities, diverted to separate and poorly funded schools, and prevented from voting or living in certain neighborhoods.

King devoted his life to ending these injustices, ultimately leading a non-violent protest movement that culminated in the influential March on Washington in 1963 and the passage of a series of civil rights acts in the following years.

When Landsat 1 acquired the first of these images in 1973, segregation was no longer formally written into the law. However, true integration and racial harmony—what King called “beloved community” or “a community at peace with itself”—remained goals to be achieved. In the years after desegregation, many white people moved out of Atlanta, helping fuel rapid suburban and exurban growth. Meanwhile, large numbers of Black people from northeastern and midwestern areas have moved into Atlanta and some of its suburbs as part of what demographers are calling a New Great Migration.

In 2017, inspired by King’s concept of beloved community, the city embraced a planning document called The Atlanta City Design and added it to the city charter. The aspirational document aims to prepare the city for continued development and population growth, while also directing the growth in a way that prioritizes inclusion, affordability, and housing access for all residents.

“The road ahead is not altogether a smooth one. There are no broad highways that lead us easily and inevitably to quick solutions. But we must keep going,” King said on March 25, 1963, at the conclusion of the Selma to Montgomery March. “The battle is in our hands. And we can answer with creative nonviolence the call to higher ground to which the new directions of our struggle summons us.”

Martin Luther King Jr. came of age in one of the fastest growing cities in the United States. 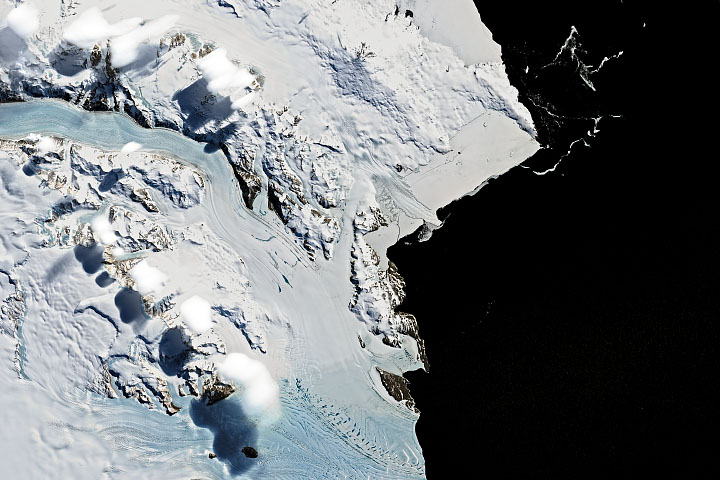 Lighting the Paths Across the U.S.

Satellite views of night lights help reveal the strings of roads, rails, and rivers than connect the citizens of the United States.

Acquired in 1989 and 2009, these images show rapid development of Chandler, Arizona, a “boomburb.” 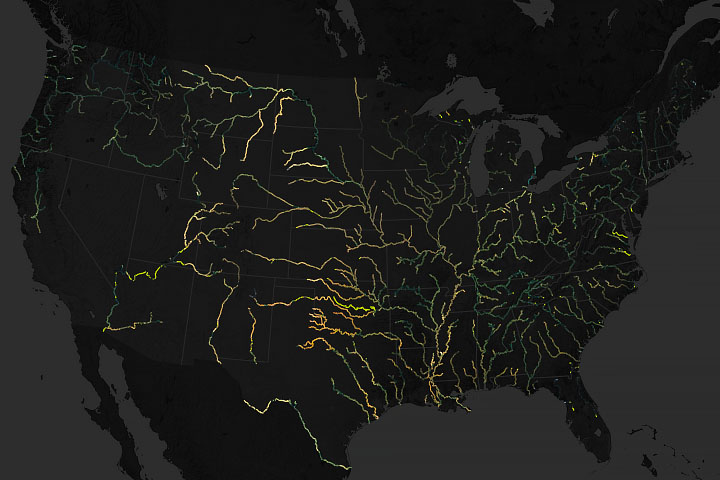 In the past 35 years, one third of large rivers in the United States have changed their dominant color, often due to sediments or algae.