Perspectives on a Dust Storm 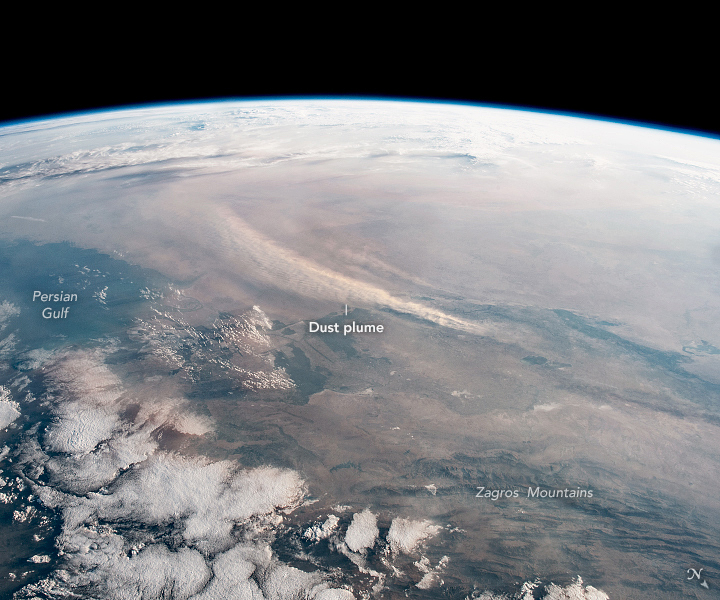 An astronaut aboard the International Space Station (ISS) took these photographs of southern Iraq and Saudi Arabia during the summer dust-storm season in the Persian Gulf.

The oblique (first) image gives the wide context of the storm as strong winds raised a dust plume hundreds of miles long. The focal length of the camera lens (28 mm) mimics closely the astronaut’s view because it is similar to that of the human eye. The astronaut was looking southwest across the entire lowland of southern Iraq from a point over Iran’s Zagros Mountains. The dust was blowing south into Saudi Arabia; clouds hovered over the mountains (foreground) and the horizon.

The second photo was taken just over a minute later. It shows that the dust plume was rising from a relatively small patch of lighter-toned ground near the Euphrates River. This patch of desert lacks irrigation canals and is quite bare of vegetation. The surrounding landscapes are darker-toned because they are covered with croplands (irrigated with water from the Tigris and Euphrates rivers), as well as some wetlands and dark-toned reservoirs. No plumes rose from these areas, where the effects of irrigation—wet soils and crop growth—protect the surface from wind erosion. 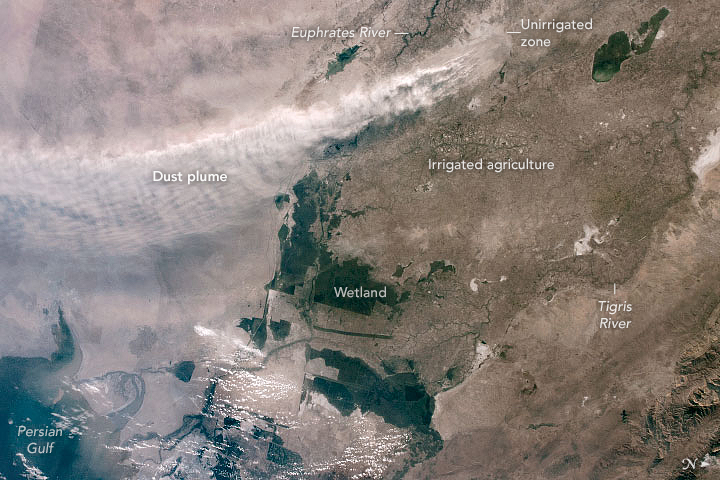 The dust plume is also an excellent example of the interconnected nature of Earth’s systems. Extensive irrigation in southern Iraq has progressively reduced the areas exposed directly to wind erosion. Thus the amount of dust being transported to Saudi Arabia has decreased over time—probably since irrigated agriculture began here several thousand years ago.

The ability to change quickly from a regional, oblique view (often including the horizon or Earth limb) to a detailed view (looking more vertically) is one of the strengths of astronaut handheld photography that sets it apart from most automated satellite imaging systems.

Astronaut photographs ISS063-E-51537 and ISS063-E-51544 were acquired on July 20, 2020, with a Nikon D5 digital camera using a 28 millimeter lens and are provided by the ISS Crew Earth Observations Facility and the Earth Science and Remote Sensing Unit, Johnson Space Center. The images were taken by a member of the Expedition 63 crew. The images have been cropped and enhanced to improve contrast, and lens artifacts have been removed. The International Space Station Program supports the laboratory as part of the ISS National Lab to help astronauts take pictures of Earth that will be of the greatest value to scientists and the public, and to make those images freely available on the Internet. Additional images taken by astronauts and cosmonauts can be viewed at the NASA/JSC Gateway to Astronaut Photography of Earth. Caption by Justin Wilkinson, Texas State University, JETS Contract at NASA-JSC.

An astronaut captured distant and overhead views of a long plume blowing from Iraq across the Middle East. 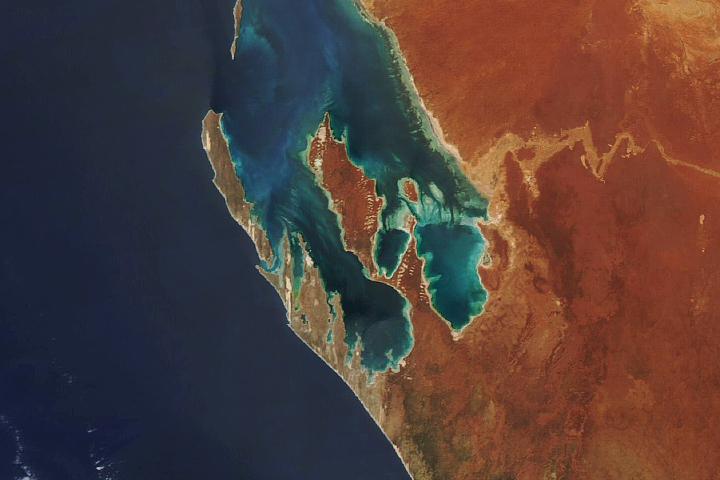 Dust over Saudi Arabia and the Persian Gulf

Dust Plume over the Persian Gulf

Dust over Iraq and Saudi Arabia