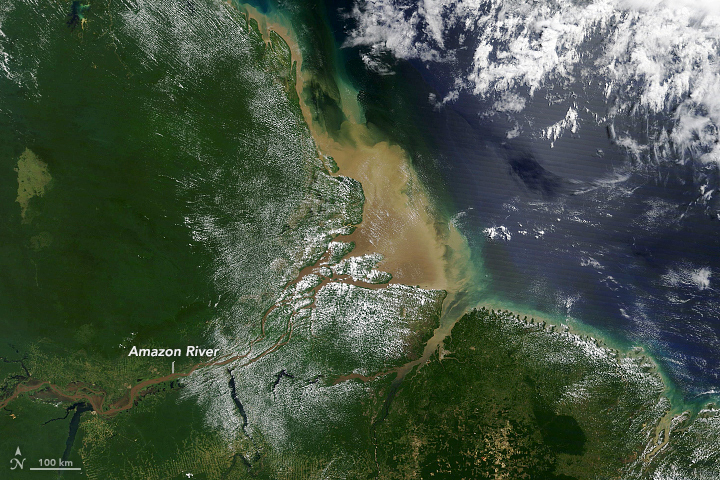 Every day, some 1.3 million tons of sediment pour from the mouth of the Amazon River into the Atlantic Ocean. The abundance of sediment—bits of rocks, soil, and clay carried by currents or resting on the bottom—is what gives much of the main stem of the Amazon River its milky brown color. The natural-color image above highlights the Amazon delta and estuary as it was observed by the Moderate Resolution Imaging Spectroradiometer (MODIS) on NASA’s Terra satellite on July 29, 2020.

Note also the low-altitude cumulus clouds, sometimes called popcorn clouds, tracing the landscape. Warm, humid air rises from the forest and cools as it rises, resulting in the development of the clouds. But the river waters—and the air above them—are cooler, so there is less moisture rising into the air.

The effects of the sediment are not just aesthetic. The muddy water is loaded with nutrients (such as nitrogen and phosphorous) and organic matter that make whitewater rivers and the várzea floodplain forests particularly rich in plant and animal species, notably fish. The estuary region shown here is known for its many freshwater and marine catfish and croakers. Many of the commercial fisheries in the estuary target piramutaba and marine shrimp. 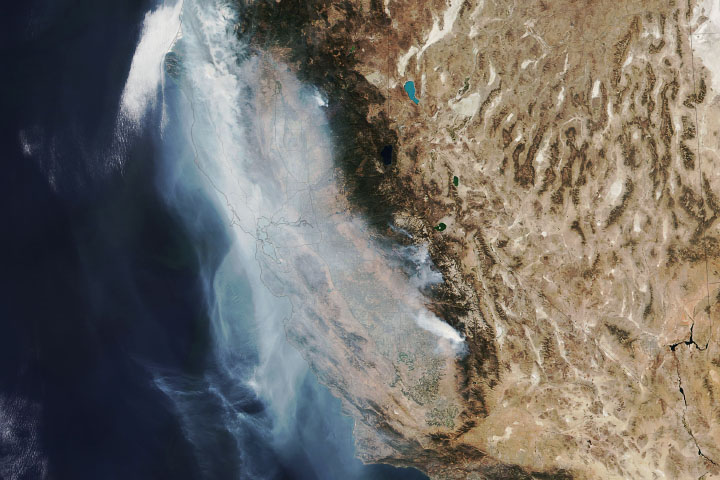 Sunglint on the Amazon River, Brazil

The setting sun glints off the Amazon River and numerous lakes in its floodplain in this astronaut photograph from August 19, 2008. Large areas of sunglint are common in oblique views. Sunglint images reveal great detail in surface water—in this case the marked difference between the smooth outline of the Amazon and the jagged shoreline of the Uatumã River.