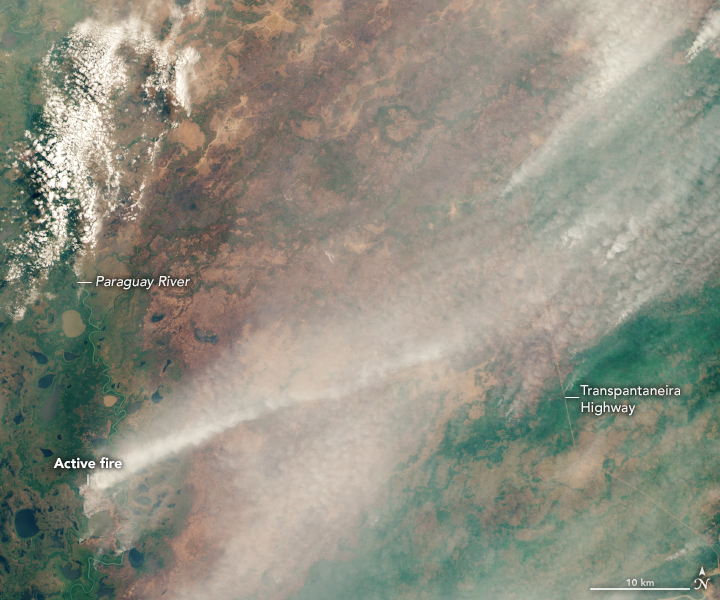 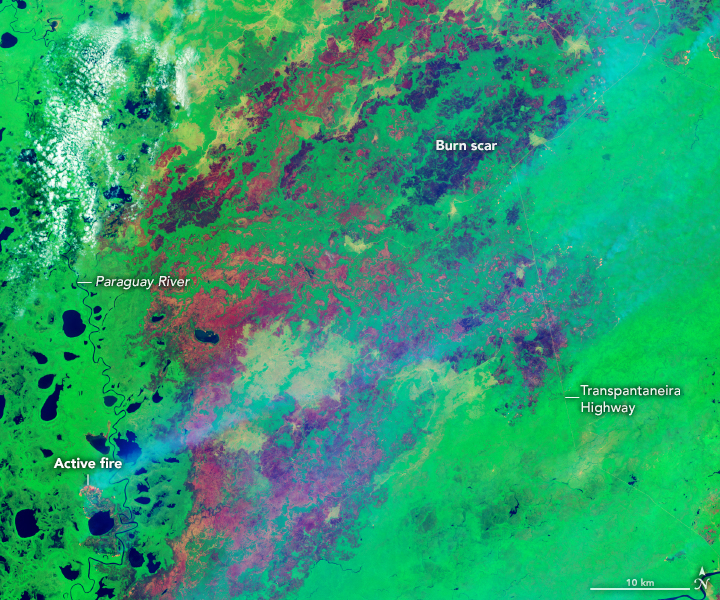 The Pantanal, a vast floodplain in South America, is among the largest wetlands in the world. The mosaic of grasslands, shrublands, forests, marshes, and lakes covers an area as large as West Virginia. It is home to thousands of species, including many that are rare and endangered, such as jaguars, giant river otters, hyacinth macaws, and giant armadillos.

Though the number of ranches and cattle pastures have increased on the plateaus that surround the Pantanal in Brazil, Paraguay, and Bolivia, the floodplain itself has remained mostly free of development in recent decades. But in the past few years, the Pantanal has faced a new challenge: uncontrollable fire.

The 2019 fire season (July through October) was unusually active, and a shortage of rainfall during the 2020 wet season (December through April) meant Pantanal wetlands never had a chance to recharge. That made it easier for fires to continue burning throughout the first half of the calendar year, when fire activity is typically minimal in this region.

The unusually dry conditions have meant that many fires that were lit intentionally—often to maintain pastures—have been escaping and burning uncontrolled through Pantanal ecosystems. And once such fires have started to spread rapidly and widely, they can outpace the available infrastructure for firefighters to contain or stop them.

The result is vast burn scars like those in the false-color images above. Both images were acquired on August 27, 2020, by the Operational Land Imager (OLI) on Landsat 8. The first image shows the scene in natural color; the second combines shortwave infrared, near-infrared, and green light (bands 7-5-2) to highlight active fires (bright red), land that has been charred (darker red), and intact vegetation (green). Although this may appear to be one continuous burn scar, the image actually shows burn scars from multiples fires. The oldest fire burned a portion of the scene in April 2020; two of the others were started in July. 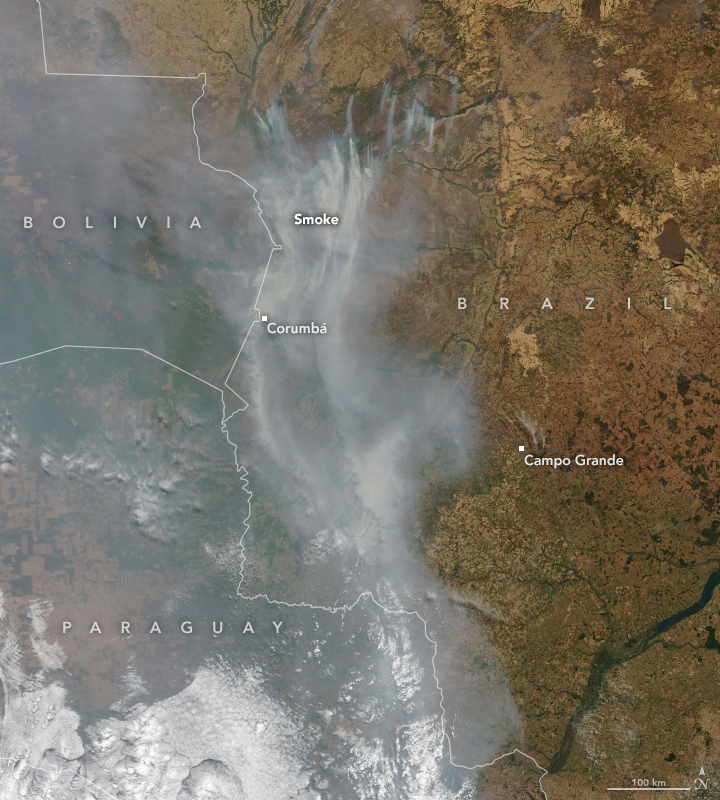 Smoke has, at times, spread far from the source of the fires. On September 6, 2020, the higher-resolution Moderate Resolution Imaging Spectroradiometer (MODIS) on NASA’s Terra satellite captured an image (above) of a river of smoke streaming south from the Pantanal.

Though fires have been burning sporadically in the Pantanal since the beginning of 2020, it was in July and August—the beginning of the dry season—when fire activity surged. One analysis of NASA and NOAA satellite observations by the nonprofit Instituto Centro de Vida reported 4,200 hotspots in the Brazilian state of Mato Grosso in August 2020. That compares to 71 in August 2018 and 184 in August 2019.

As of September 9, 2020, fires had charred an estimated 24,000 square kilometers (9,300 square miles) of the Pantanal region in 2020, according to Douglas Morton, chief of the biospheric sciences branch at NASA Goddard Space Flight Center. The previous record was set in 2005, when satellites detected the burning of 4,600 square kilometers in the biome.

“That is an extraordinary amount—more than 10 percent of the Pantanal—and we still have several weeks to go until the start of the wet season,” said Morton. “The Pantanal has had fires before, but what is happening this year is extreme and unprecedented in the satellite era.”

The large number of thermal anomalies, or hotspots, detected by satellites does not mean that each is a separate fire. Most of the hot spots detected in the Pantanal since mid-July were associated with large fires that spread from just nine initial starting points, according to an Instituto Centro de Vida (ICV) report. As seen in the Landsat images above, several of the fires began in the municipality of Poconé, between the Transpantaneira Highway and the Paraguay River, explained Paula Bernasconi of ICV.

Though it is impossible to determine from satellite data the precise cause of every fire, experts who study South America say that many of the large dry season events this year were likely triggered by human activities. Fires are routinely used by farmers in the region to clear vegetation from new and existing pastures, explained Renata Libonati of the Federal University of Rio de Janeiro. Burning trash is also common, and fisherman regularly light campfires. Normally such activities would create small, short-lived fires that are barely visible to satellite sensors like MODIS. But in dry conditions, fires can easily escape and spread.

While some of the savanna-like grasslands and shrubland areas of the Pantanal are well adapted to fire, other parts are home to plants and animals that could experience lasting damage. There is particular concern about fires that have entered Encontro das Águas park, which is home to many jaguars. 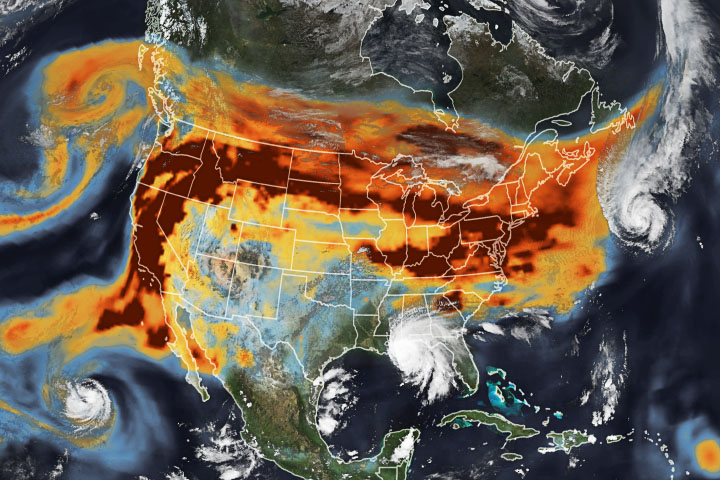 Dozens of fires burn in farmland around Cambodia’s Tonle Sap in this photo-like image taken on January 21, 2011.