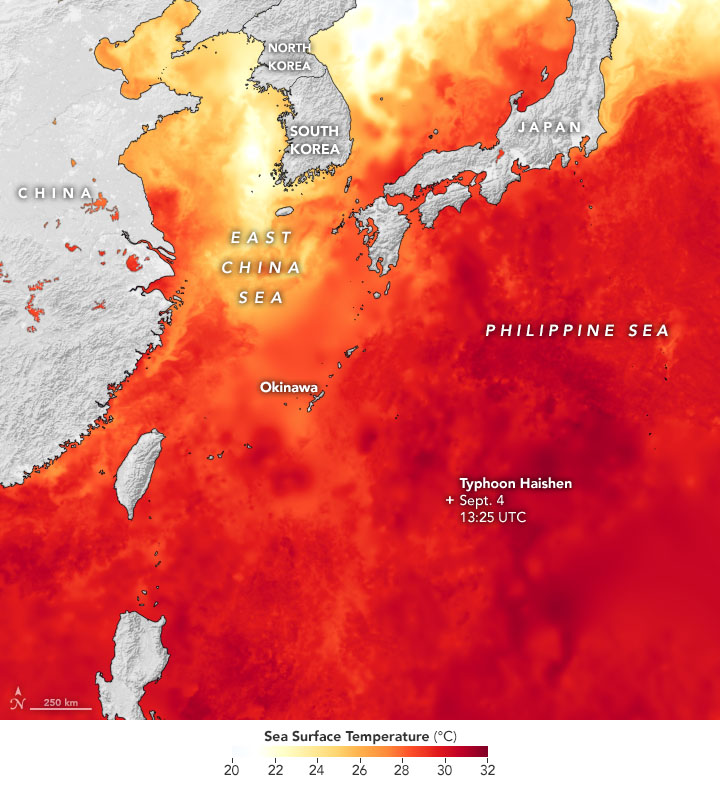 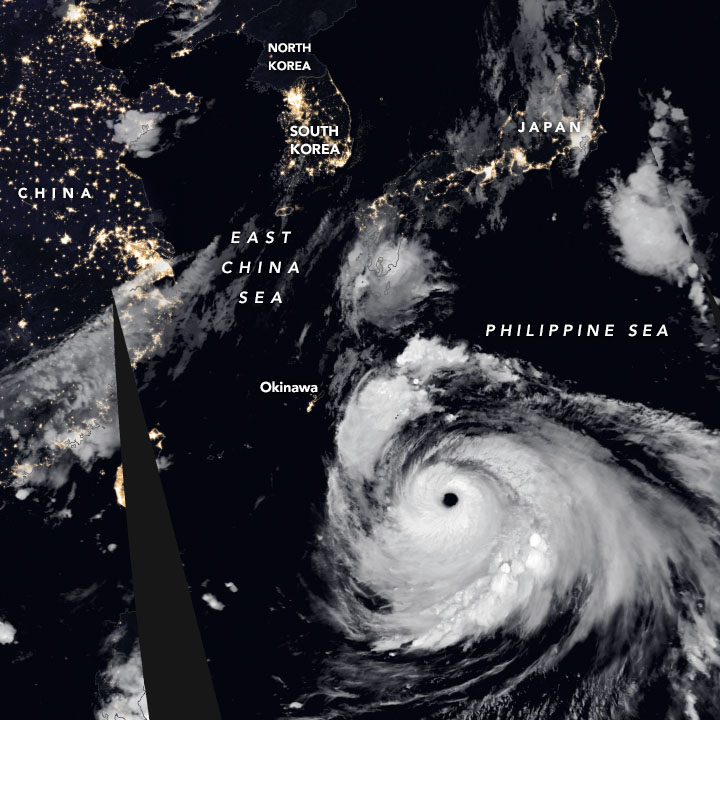 Super Typhoon Haishen is poised to hit the Korean Peninsula this weekend, making it the third typhoon to encounter the peninsula in just two weeks. The potent storm is first expected to make landfall over southwestern Japan—that country’s second landfalling typhoon within a week.

The images above left and below show Haishen at 13:20 Universal Time (10:20 p.m. local time) on September 4, 2020, as it spun over the western Pacific Ocean. The images include brightness temperature data acquired by the Moderate Resolution Imaging Spectroradiometer (MODIS) on NASA’s Terra satellite, which distinguishes cooler cloud structures from the warmer surface below. Those data are then overlaid on composite imagery of city lights from NASA’s Black Marble dataset. 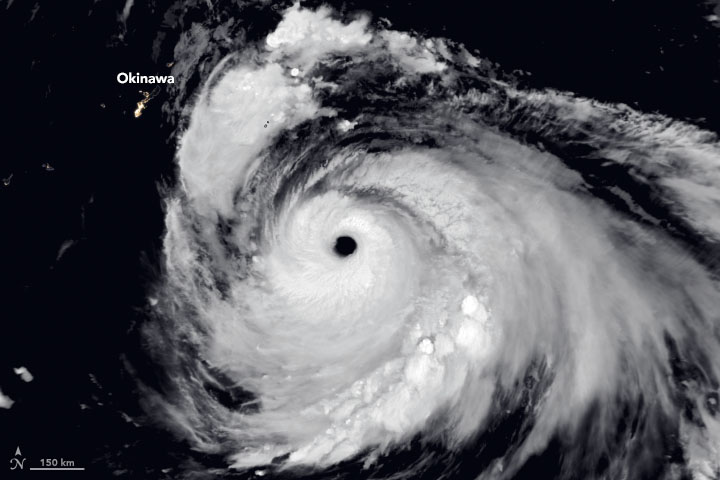 Around the time of these images, Haishen was a powerful category 4 storm with sustained winds measuring 135 knots (155 miles/250 kilometers per hour). The typhoon strengthened fast, growing from a category 2 storm to category 4 within the span of a day, as it churned over the exceptionally warm Western Pacific waters. Warm seas provide the moisture and energy that promotes the growth of storms.

The map at the top of this page shows sea surface temperatures (SSTs) in the region on September 3, 2020. Data for the map comes from the Multiscale Ultrahigh Resolution Sea Surface Temperature (MUR SST) project, based at NASA’s Jet Propulsion Laboratory. MUR SST blends measurements of sea surface temperatures from multiple NASA, NOAA, and international satellites, as well as ship and buoy observations.

According to news reports, the unusually warm water (about 31 degrees Celsius/88 degrees Fahrenheit) extends below the surface and deep into the water column—important for maintaining the strength of a typhoon. As storms spin over the ocean, they stir up cooler water from below; water that is much cooler can reduce a storm’s intensity. The path of Haishen has so far missed the path of cooler water churned up by the two prior typhoons, Bavi and Maysak.

The storm is poised to hit the Korean Peninsula, making it the third typhoon to encounter the peninsula in just two weeks.