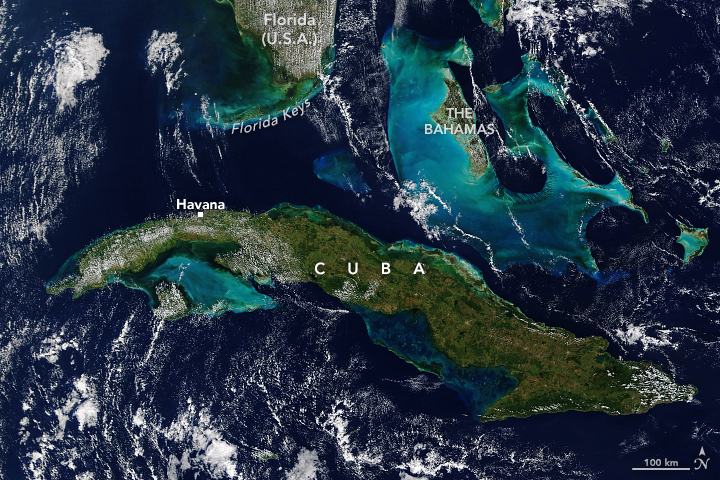 Though the United States and Cuba have operated in largely separate economic spheres for decades, they are only separated by 150 kilometers (90 miles). On December 2, 2018, the Moderate Resolution Imaging Spectroradiometer (MODIS) on NASA’s Terra satellite captured this image of the narrow, watery boundaries that separate the United States, Cuba, and the Bahamas.

From space, the deep water of the Florida Strait appears dark blue in comparison to the shallower, turquoise water covering the Cay Sal Bank and Bahama Banks. Both of these platforms formed as carbonate minerals—produced by certain types of bacteria and sea organisms—were deposited on the ocean floor over millions of years.

Despite the patchwork of farmland and pastures, Cuba is known for having relatively large stretches of pristine mangrove forests and undisturbed coral reefs, beaches, and sea grass marshes.

Civilization’s footprint on this Caribbean island has been relatively light. 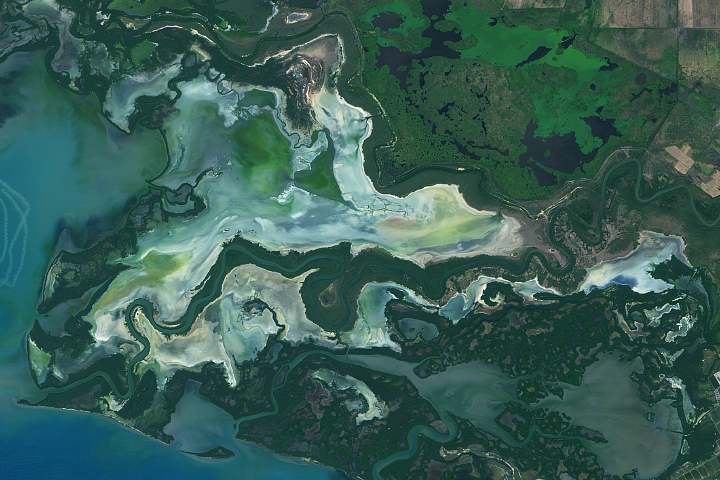 Sediments flowing into the bay from the Río Cauto have built up an impressive delta and even helped bury a reef.

East of southern Florida, large swaths of ocean water glow peacock blue, thanks to their shallow depths. Near Florida and Cuba, the underwater terrain is hilly, and the crests of many of these hills comprise the islands of the Bahamas.