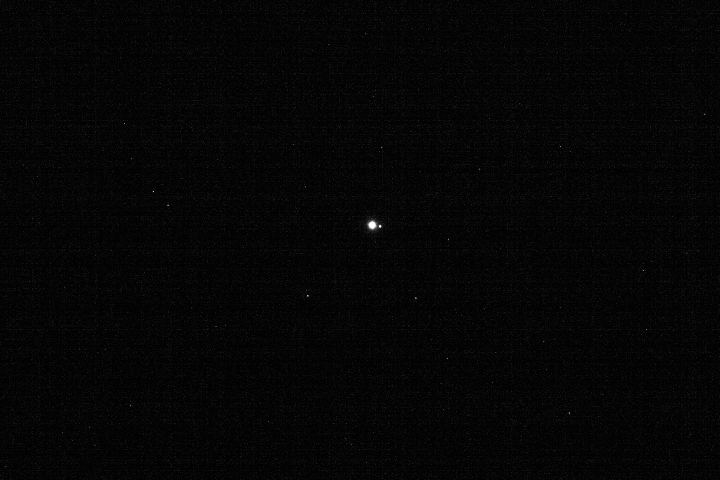 In January 2018, one of our latest space explorers sent back a distant view of our tiny, beautiful home. The Origins Spectral Interpretation Resource Identification Security–Regolith Explorer (OSIRIS-REx) spacecraft looked back across a distance of nearly 64 million kilometers (40 million miles) and saw the Earth and Moon as a few pixels of reflected sunlight. The image was acquired by the NavCam1 imager on January 17, 2018, as part of an engineering test. The spacecraft was moving away from Earth at a speed of 8.5 kilometers per second (19,000 miles per hour).

Earth is the largest, brightest spot in the center of the image, with the smaller, dimmer Moon to the right. Some stars are faintly visible, such as the five stars comprising the head of Cetus, which surround the Earth and Moon in this view.

OSIRIS-REx was launched in September 2016, and it has spent the past two years hurtling across the solar system toward Bennu, a near-Earth asteroid formerly known as 1999 RQ36. The spacecraft is scheduled to arrive within 20 kilometers (12 miles) of the surface on December 3, 2018, to begin a closeup survey. It will eventually grab a sample of the asteroid and carry it back to Earth by 2023. Through this expedition, scientists plan to investigate how planets formed and how life began, while also trying to learn more about asteroids that could impact Earth.

Astronomer and author Phil Plait found poetry in the image and in the plight of OSIRIS-REx. “We send a piece of ourselves, a proxy, out into the night to see some of these points of light up close so that we may understand them...And in reality, in truth and in fact, this is just an extension of our standing outside on a clear night and watching the stars...It’s easy to sit at a computer and forget that what you’re seeing is real, it’s a place, just as real and substantive as the world beneath your feet. They [the spacecraft] see what we see, and we see what they see, because they are us. An extension of us, but us nonetheless. When we send spacecraft into the solar system, we are sending pieces of ourselves.”

Image by NASA Goddard/University of Arizona/Lockheed Martin. Story by Mike Carlowicz based on NASA news reports. 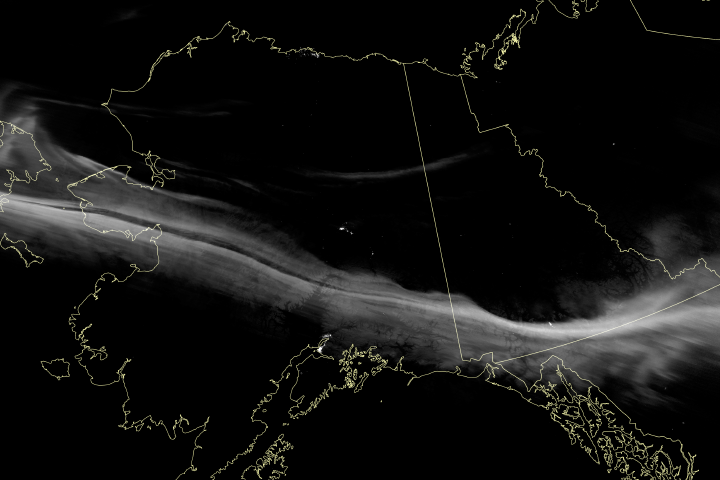 OSIRIS-REx took a look back at home while making its way toward the asteroid Bennu.