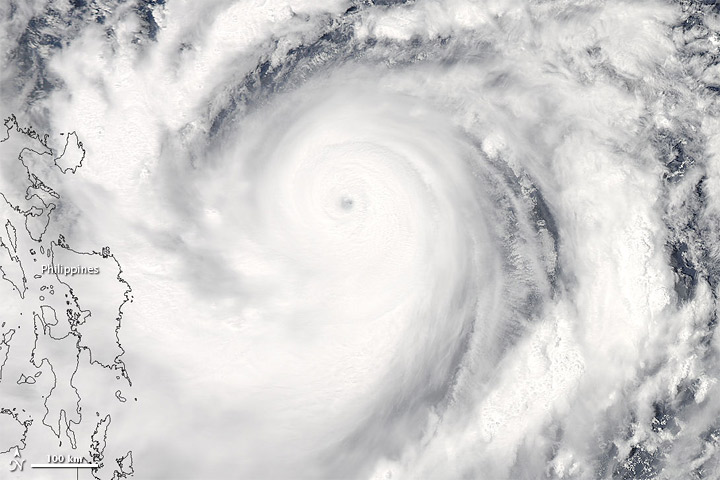 Jelawat formed as a tropical depression over the western Pacific Ocean on September 20, 2012, and became a tropical storm the next day. It strengthened to a typhoon on September 23. By September 24, 2012, the U.S. Navy’s Joint Typhoon Warning Center (JTWC) reported that Jelawat was located about 410 nautical miles (760 kilometers) east of Manila in the Philippines. The storm had maximum sustained winds of 130 knots (240 kilometers per hour) and gusts up to 160 knots (295 kilometers per hour).

As of September 24, 2012, the JTWC classified Jelawat as a super typhoon. The JTWC projected storm track showed the storm moving toward the north-northwest over the next several days, passing near the island of Taiwan before turning toward the northeast.

Jelawat formed over the western Pacific Ocean in September 2012 and strengthened into a super typhoon. 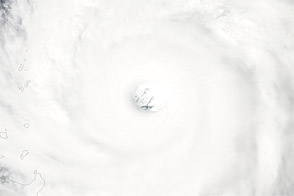 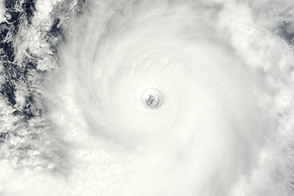 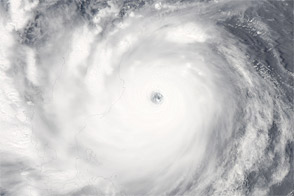 Acquired May 24, 2011, this image shows Typhoon Songda off the Philippines.