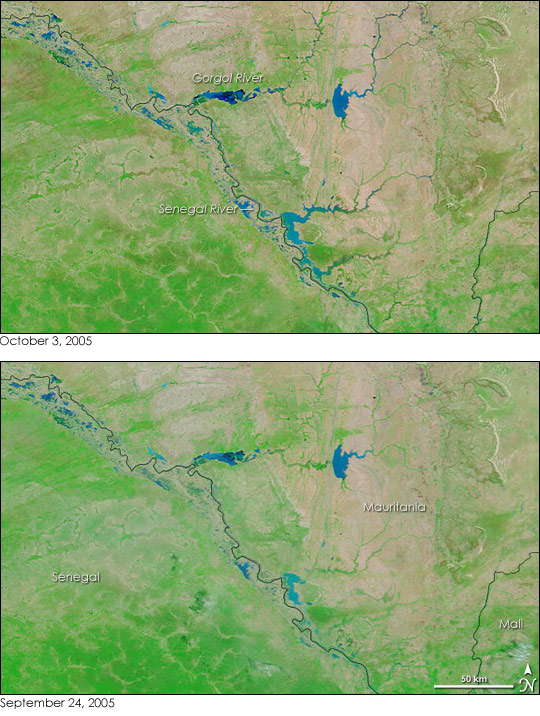 The Senegal River and its tributaries were running high after heavy rains fell over western Africa in late September 2005. According to the Dartmouth Flood Observatory, the floods washed away several villages and left thousands stranded. The Moderate Resolution Imaging Spectroradiometer (MODIS) on NASA’s Terra satellite captured the top image of the floods on October 3, 2005. The lower image, provided for comparison, was taken on September 24, 2005. In these false-color images, water is blue, bare land is pinkish-tan, and vegetation is bright green. On October 3, all of the rivers in the scene appear in bolder strokes of blue, widened by the flooding.