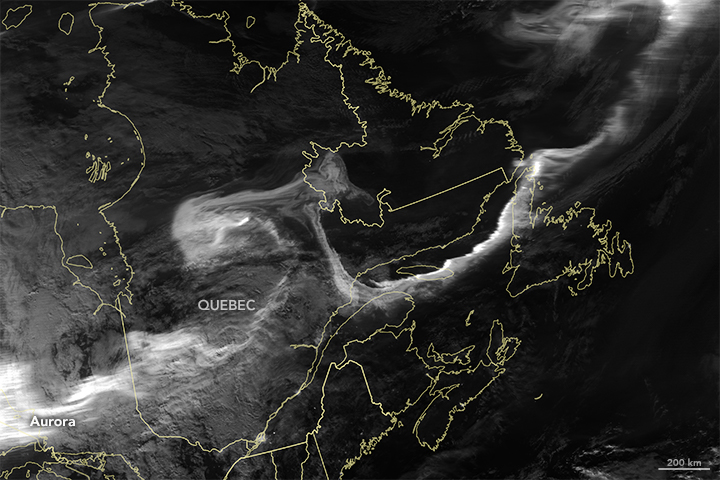 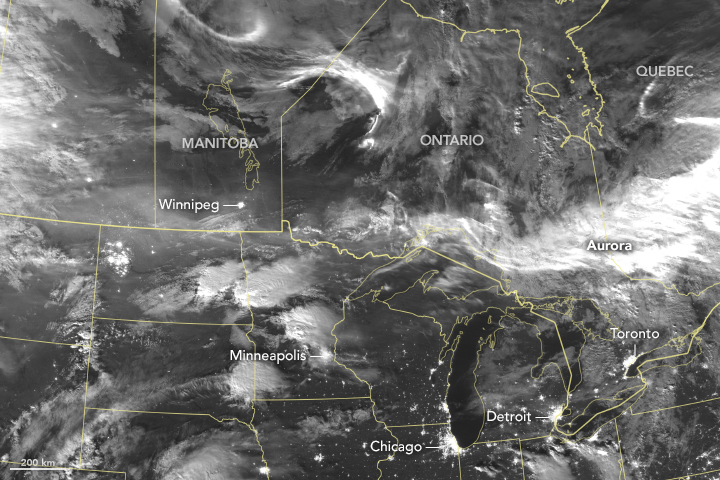 During an unexpected aurora in August 2018, people in parts of North America watched green and purple light dance across the skies. The event lasted more than 12 hours, starting on August 26, 2018, and spilling into the early hours of August 27.

The atmospheric light show was also visible from space, shown here over Quebec, Canada (top), and over the Great Lakes region of Canada and the United States (bottom). Both images were acquired early on August 27 by the “day-night band” (DNB) on the Visible Infrared Imaging Radiometer Suite (VIIRS) on the Suomi NPP satellite. The DNB sensor detects dim light signals such as auroras, airglow, and city lights. In these images, the sensor detected the visible light emissions as energetic particles rained down from Earth’s magnetosphere and into the gases of the upper atmosphere.

The creation of an aurora typically starts when the Sun sends a surge of its charged particles—through solar flares, coronal mass ejections, or an active solar wind—toward Earth. This surge disturbs Earth’s magnetosphere, the surrounding region of space protected by the planet’s magnetic field. The solar particles collide with the magnetosphere and compress it, changing the configuration of Earth’s magnetic field lines (such as their shape and direction). Some particles trapped along the magnetic field lines are accelerated into Earth’s upper atmosphere where they excite nitrogen and oxygen molecules and release photons of light, known as the aurora.

This aurora was caused by persistent activity by a coronal mass ejection—a large expulsion of plasma and magnetic field lines from the Sun—on August 20, 2018, according to the NOAA Space Weather Prediction Center. The coronal mass ejection created a “strong” geomagnetic storm, classified as a G3 storm.

This geomagnetic storm was one of the strongest in the past two years, according to Liz MacDonald, a space scientist at NASA’s Goddard Space Flight Center. MacDonald leads a citizen science project called Aurorasaurus, a NASA-supported citizen science project that collects aurora sightings from the public. The project collected tweets and direct reports for this aurora sighting from New Hampshire to Tasmania. Reports of the aurora in the Southern Hemisphere—known as aurora australis—also came from New Zealand.

“This storm was unusually consistent in the way that the solar magnetic field connected to the Earth’s field, in the most favorable configuration for driving aurora,” MacDonald said. “Usually that connection varies, but for this storm it was rock solid. That tends to happen for storms during seasonal equinoxes.”

Before this G3 event, the last geomagnetic storm was a G1 (minor) storm in June 2018, according to Michael Cook, space weather forecaster lead at Apogee Engineering and Aurorasaurus team member. Cook added: “This storm essentially ended the ‘drought’ for those in northern tier U.S. states and even some mid-latitude states.”

An unexpected aurora colored the skies of Canada and northern U.S. states. 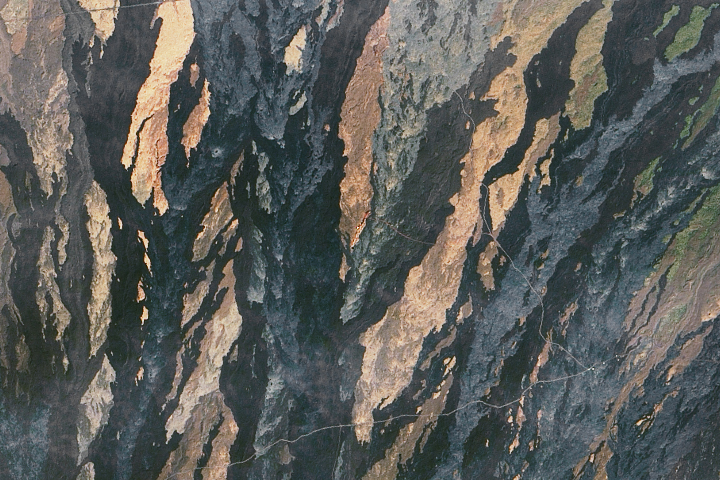 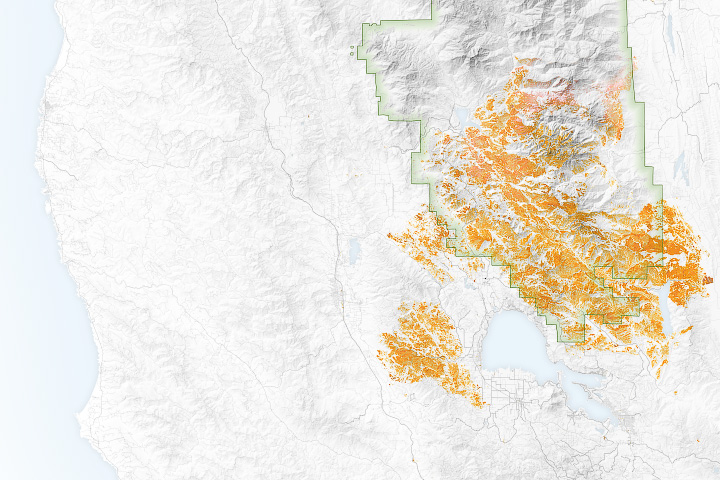 A solar flare and coronal mass ejection in mid-July 2012 raised the possibility of geomagnetic storms and auroras. 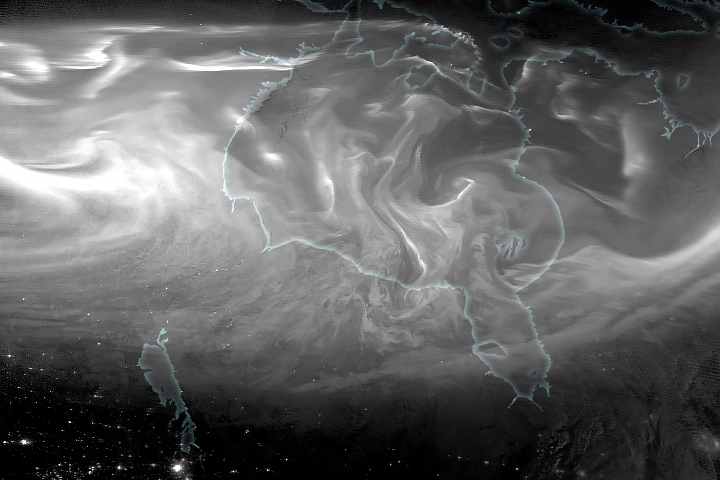 A stunning aurora appeared over Hudson Bay in March, historically the most geomagnetically active month.

The Sun Flares Up

After months of quiet, the Sun burst in to activity in late October and early November 2013.